Georgia’s fate was decided in 1742 when Spanish and British forces clashed on St. Simons Island 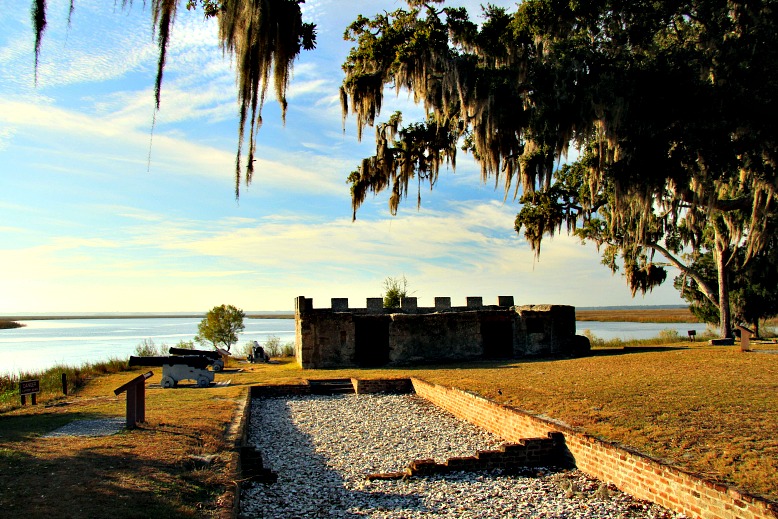 Located on the interior coast of Georgia’s St. Simons Island, Fort Frederica National Monument preserves the remains of one of the most impressive British settlements ever carved from the American forests. In the early 1700s, Georgia was the epicenter of a centuries-old imperial conflict between Spain and Britain.

In 1736, three years after the founding of Savannah, James Oglethorpe came to St. Simons Island to establish a town that would serve as a bulwark against the Spanish in Florida who still claimed the coastal islands now being settled by the English. To achieve this goal, he established Frederica.

Named for Frederick Louis, the Prince of Wales (1702-1754), Frederica was a military outpost consisting of a fort and town that for a time was one of the most important settlements in the American Colonies.

Forty four men and 72 women and children arrived to build the fortified town, and by the 1740s Frederica was a thriving village of about 500 citizens. Colonists from England, Scotland, and the Germanic states came to Frederica to support the endeavor.

The town’s site at the bend of the Frederica River allowed the British to control the important inland passage leading up the Georgia coast. This powerful bastioned fort protected both the river and the town from the Spanish. Armed with heavy cannon and enclosed by thick walls of earth and timber, the fort was one of the strongest in the South.

In addition, the town itself was surrounded by stout walls of earth and timber which in turn were enclosed by a deep moat. Within this defensive barrier, the town soon became one of the most prosperous in the colony.

A smaller work, Fort St. Simons, was also built at the site of today’s St. Simons Lighthouse. The establishment of the forts took place just before the outbreak of the oddly-named War of Jenkin’s Ear (named for an English sea captain who was captured and lost his ear to the Spanish).

Oglethorpe led expeditions into Spanish Florida from Fort Frederica, but was repulsed by the powerful fortress Castillo de San Marcos in St. Augustine.

Led by Governor Don Manuel de Montiano, a Spanish force moved north on a campaign of  reprisal during the summer of 1742. Arriving on July 5th, Montiano moved first against Fort St. Simons, which the English evacuated before it could be attacked.

Using Fort St. Simons as a base, Montiano sent troops up the Military Road to scout the situation at Fort Frederica. This force was met by a party of Oglethorpe’s scouts at Gully Hole Creek about one mile down the road from Fort Frederica.

Driven back after a sharp fight at Gully Hole Creek in which they lost 12 men killed, the Spanish began to retreat up the Military Road. Montiano moved up additional troops to cover this withdrawal, but they were defeated by English forces at the Battle of Bloody Marsh. Despite the name, casualties were light. Although both sides claimed victory in the battle, the Spanish soon gave up their campaign and returned to Florida.

This British victory not only confirmed that Georgia was British territory, but also signaled the beginning of the end for Frederica.

Frederica remained a flourishing town for another 10 years, but the end of the site’s use for military purposes also spelled an end to the community as well. Most of the surviving structures were destroyed by fire in 1758.
Today the archeological remains of colonial Frederica are protected by the National Park Service.

Fort Frederica is a small colonial site. The terrain is mostly level and the park is beautifully decorated with large oaks and pecan trees draped with Spanish Moss. Ruins of the original fort and barracks can be seen and archaeological investigations have  exposed the foundations of many of the homes.

Some of the activities at Fort Frederica include a 23-minute park film “History Uncovered”, self guided explorations through the archeological site, and a museum area with artifacts found at Frederica.

Fort Frederica National Monument is located at 6515 Frederica Road on St. Simons Island and is currently a fee free park.