The American southwest is a place of mind-boggling beauty 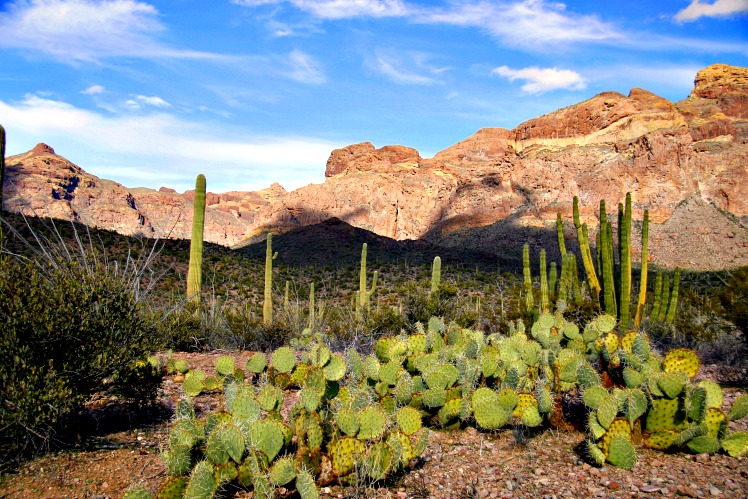 With an amazing variety of landscapes, the Southwest is a fascinating and awe-inspiring area to explore. While the stereotype of the area is that it’s all barren desert—which isn’t entirely inaccurate—there’s a lot more variation and personality in the Southwest than the backdrops of Wile E. Coyote and Road Runner cartoons would suggest.

With special attention to National Monuments, here are 12 of the most beautiful places in the Southwest. We think that you should definitely add these National Park Service sites to your next road trip to the Southwest.

You can drive along the rim and take in the views from above, but the best way to experience Canyon de Chelly is to take a guided tour of the canyon. You’ll learn the history of the canyon, from the Anasazi who left behind cliff dwellings to the current Navajo residents who still farm there.

The richly diverse volcanic landscape of El Malpais offers solitude, recreation, and discovery. Explore cinder cones, lava tube caves, sandstone bluffs, and hiking trails. While some may see a desolate environment, people have been adapting to and living in this extraordinary terrain for generations. Come discover the land of fire and ice!

Crowning the grand staircase, Cedar Breaks sits at over 10,000 feet and looks down into a half-mile deep geologic amphitheater. Wander among ancient bristlecone pines and meadows of wildflower.

Organ Pipe Cactus celebrates the life and landscape of the Sonoran Desert. This is a showcase for creatures who have adapted themselves to the extreme temperatures, intense sunlight, and little rainfall that characterize this Southwest region. Twenty-six species of cactus live here including the giant saguaro and the park’s namesake. This is the only place in the U. S. where the organ pipe cactus grows wild.

Pueblo people describe this site as part of their migration journey. Today you can follow their ancient passageways to a distant time. Explore a 900-year old ancestral Pueblo Great House of over 400 masonry rooms. See original timbers holding up the roof.

Montezuma Castle is built into a deep alcove with masonry rooms added in phases. A thick, substantial roof of sycamore beams, reeds, grasses, and clay often served as the floor of the next room built on top.

Petroglyph National Monument protects one of the largest petroglyph sites in North America featuring designs and symbols carved onto volcanic rocks by Native Americans and Spanish settlers 400 to 700 years ago.

The Hohokam people built these structures when they were near the height of their power some 700 years ago. They created villages that extended from the site of modern-day Phoenix to southern Arizona. The monument preserves 60 prehistoric sites including a four-story earthen structure.

Three majestic natural bridges invite you to ponder the power of water in a landscape usually defined by its absence. View them from an overlook, or hit the trails and experience their grandeur from below. The bridges are named Kachina, Owachomo, and Sipapu in honor of the ancestral Puebloans who once made this place their home

Discover an oasis in the desert at El Morro National Monument. A natural watering hole is tucked at the base of colorful sandstone cliffs. Walk the Inscription Trail to see thousands of petroglyphs and inscriptions that bear witness to the visitors who sought refreshment there throughout the centuries.

Once home to over 2,500 people, Hovenweep includes six prehistoric villages built between A.D. 1200 and 1300. Explore a variety of structures, including multistory towers perched on canyon rims and balanced on boulders.

Crowning a desert hilltop is an ancient pueblo built by the Sinagua people. The riparian, upland, and marsh habitats in the monument are used by a large number of bird species.