Once called the Paris of the South, Mobile has long been the cultural center of the Gulf Coast and you’ll find an authentic experience like nowhere else in the southern U. S. 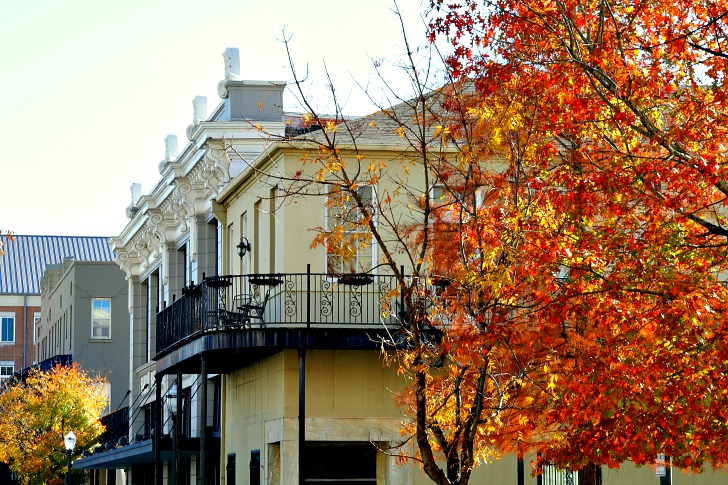 The water is a good beginning point to understand Mobile because the city is on a river, just north of a bay, south of a swamp, and has a storied history as a port. From the powdery white beaches of the gulf to the 800 square miles of alligator-­populated delta, you’re never far from water here.

Mobile was named after the Mauvilla (or Maubilla) Indians who lived here centuries ago. Once called the Paris of the South, Mobile has long been the cultural center of the Gulf Coast and you’ll find an authentic experience found nowhere else in the southern United States. The birthplace of Mardi Gras in the United States, the area’s sheer beauty, modern architecture, amazing museums, and famous seafood continues to impress visitors and locals alike.

Founded in 1702 as the original capital of the Louisiana Territory and nestled along the beautiful Mobile Bay, few American cities boast a history as rich as Mobile’s. In 1711, the French erected a brick fort to protect their New World inter­ests and named it Conde.

The site, now a 4/5-scale reconstruction of the original early 18th century French Fort Conde, func­tions as a welcome center. The original fort sat on 11 acres of land, therefore a full-size reconstruction was not possible because of the area it would cover in downtown Mobile. The reconstructed fort opened on July 4, 1976.

Later the British took ownership and after that the Spanish. In the 1820s, the U.S. Congress ordered its sale and removal and shortly afterwards it was demolished.

Leaving the fort, history lovers should head across the street to the Museum of Mobile. Opened in 1857 as the Southern Market and used as City Hall through the 1990s, the museum boasts a marble lobby with six brightly colored murals reflecting the city’s landmark moments.

Permanent galleries detail Mobile’s story and include such artifacts as a 14th-century dugout canoe and the Colored Entrance neon sign from the Saenger Theatre, host to many famous black musicians. Upstairs are exhibits detailing The Great Fire of 1919 which left 1,200 homeless, 1979’s Hurricane Frederic which killed three and injured thousands, and the city’s contributions to the nation such as the 1969 World Series champions Mets’ outfield who were all from Mobile.

Eight National Register Historic Districts make up what is known as downtown and midtown Mobile. These eight distinct personalities spread throughout the Mobile Bay area truly define the heart and soul of Old Mobile.

Dauphin Street is an historic district in downtown Mobile that consists of many buildings from the 1820s to the 20th century; architectural styles include Federal, Greek Revival, Italianate, Queen Anne, and Victorian. Dauphin Street was named after the son of King Louis XIV and this street became the main commercial street of the city.

In 1839, a fire destroyed many of the wooden buildings that had been built in the Federal style. During reconstruction, many structures were built in the Victorian style of architecture seen today.

Bienville Square is a tranquil square with trees, benches, fountain, and a bandstand.

Downtown Mobile is a mixture of the old and the new. Modern office buildings and high-rise hotels are scattered among the historic buildings. The ultra-modern Outlaw Convention Center along the waterfront is an interesting contrast to the older buildings of the downtown area.

The Oakleigh Historic Complex contains several buildings in one picturesque area. The Oakleigh Mansion (built around l833) is an old two-story T-shaped building constructed with slave labor. The bricks used in the walls of the ground floor were made by these slaves from clay dug on the property. The main portion of the house is of wood. The house is filled with antiques and original furnishings.

Another historic building near downtown Mobile is the Bragg-Mitchell Mansion. The grounds are beautifully landscaped and century-old live oaks are scattered over the grounds. The mansion is an antebellum home with more history associated with the Civil War era.