Would your house look this good 800 years from now? 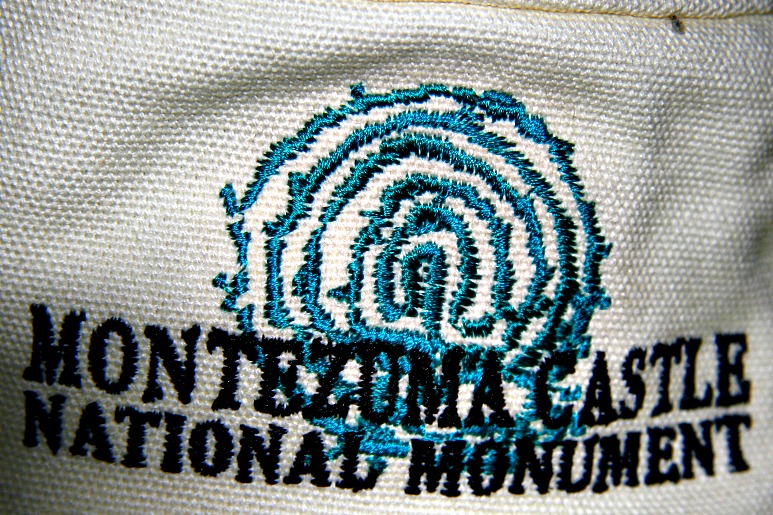 Montezuma Castle, near Camp Verde, has nothing to do with Montezuma, nor is it a castle.

We owe the name to early pioneers who thought this five story pueblo was of Aztec origin. In fact, the superb masons who constructed this cliff dwelling were likely ancestors of the present day Hopi and Zuni. Spanish explorers called them Sinagua (“without water”) because they were dry farmers, coaxing their crops of corn, beans, and squash from the arid desert soil.

The little oasis below the pueblo is an exception, a pleasant place to stop and have a picnic by the creek under the shade of white-barked Arizona sycamores. Listen for the descending trills of the canyon wrens while you gaze through time at the “castle”.

The Sinagua built the five-story, 20-room structure about 1150 but abandoned it in the early 1400s, almost a century before Montezuma was born. Montezuma Castle is built into a deep alcove with masonry rooms added in phases. A thick, substantial roof of sycamore beams, reeds, grasses, and clay often served as the floor of the next room built on top.

Our visit to the castle began in the cool modern visitors center which stands adjacent to the ruins, welcoming more than 2,000 visitors a day. The center offered us displays of Indian artifacts, a chronicle of the early discovery and preservation of the ruins, and information on desert wildlife. Southwest Parks and Monuments Association also runs a small bookstore in the Visitor Center.

We learned that Montezuma Castle was not an isolated structure where people lived generation after generation, having little contact with neighbors. The Castle instead was a small, but very dramatic, part of a larger community of people spread up and down the waterways of the Verde Valley. As many as 6,000 to 8,000 people may have lived in the valley in small villages no more than several miles apart.

A self-guided, 1/3-mile loop trail led us from the visitor center past the cliff dwelling, through a beautiful grove of Arizona sycamores and along spring-fed Beaver Creek, one of only a few perennial streams in Arizona. Benches along the path offered the perfect spot to view the massive structure.

Soaring 100 feet above the desert floor, the empty dwelling fills a huge recess in the cliff wall. There is little evidence of conflict or warfare but perhaps people felt more secure living in the Castle. The series of long pole ladders used to climb from the base of the cliff to the small windows and doorways high above could be pulled in for the night. A small ruin above the Castle, on the top of the cliff, provides views of the entire countryside—a sentry would have advance warning of anyone entering the area.

Looking at the castle we theorized that the previous mode of entry provided protection from enemies but must have provided a challenge for both the youngest and oldest tenants of the ancient apartment building.

A few yards farther along the path stood a neighbor: Castle A. This lesser known ruin once loomed much larger than Montezuma Castle. However, the structure is badly deteriorated, and little remains except a few low walls.

We moved down the path to a large 3-D diagram depicting how the castle may have looked when occupied. An audio presentation told us how smaller functioned as individual family living quarters while the larger spaces served the entire community.

The white-barked Arizona Sycamore is one of the most distinctive sights at Montezuma Castle often reaching heights of 80 feet. This tree once blanketed Arizona 63 million years ago when the climate was cool and moist. As the weather became drier these deciduous trees thrived only in areas close to permanent water, such as the perennial streams and canyon bottoms.

Some amazing adaptations help the Arizona Sycamore survive from seedling to old age—at least 200 years. Each fruit pod contains an average of 667 seeds with a protective coating designed to withstand seasonal flooding.

No one knows for sure why the Sinagua left the two castles. Possible explanations for the exodus include farmland exhaustion, overcrowding, and conflict between families or neighboring tribes

Traveling is almost like talking with people of other centuries.