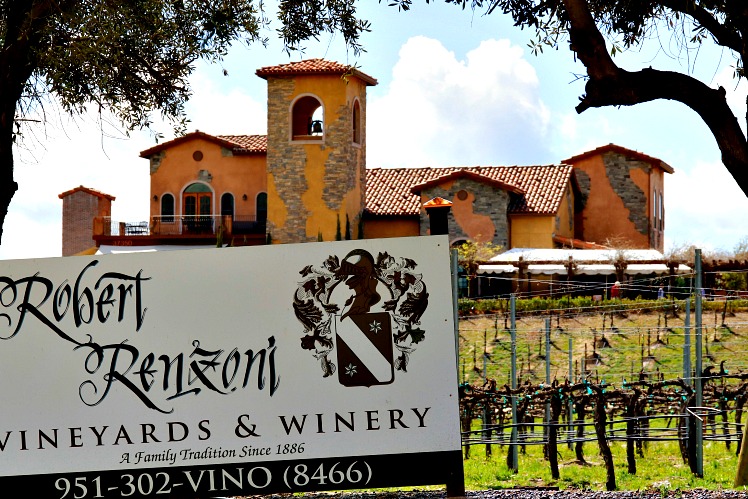 For years, the Temecula Valley wine country—an unassuming area of rolling hills set close to the Southern California desert—has been somewhat of an under-the-radar destination. But it’s a secret no longer. Wine Enthusiast has named Temecula Valley one of the “10 Best Wine Travel Destinations for 2019” shining a spotlight on the area’s winning combination of notable wines and top-notch hospitality.

The first modern commercial vineyard was planted in 1968 by the late Vincenzo Cilurzo and his wife Audrey. Cilurzo worked as a television lighting director in Los Angeles for many years and, like many later Temecula Valley pioneers, he fostered an interest in winemaking as a hobby before he decided to pursue his dream full time.

Callaway Vineyard and Winery began farming grapes in 1969, and opened the first Temecula Winery in 1974. Its founder, Ely Callaway went on to gain fame and fortune in the world of golf with his namesake company, Callaway Golf.

John Poole’s Mount Palomar Winery opened in 1975, and in 1978 the Cilurzos opened the third Temecula winery at a new site. Their original vineyard, Temecula’s oldest, is now owned by Maurice Car’rie Winery.

Temecula Valley received formal recognition as an American Viticultural Area in 1984, first as Temecula AVA with a subsequent name change to Temecula Valley AVA in 2004.

The De Portola Wine Trail is quickly becoming the new “Wine Row” of Temecula, and this is a balance combination of the picturesque valley and the nine unique wineries that nestle amid the rolling hills.

We tasted a portfolio of five wines in the Tuscan Villa tasting room that included Barile Chardonnay, Barbara, Old Vine Zinfandel, Cabernet Franc, and Montepulciano. Tasting fee is $15 ($20 on weekends). We purchased two bottles of Zinfandel.

We previously visited the Temecula Valley Wine Country in November 2001 while staying at Thousand Trails Wilderness Lakes Preserve. We took in the 10th annual Harvest Wine Celebration held the third weekend in November. At that time 14 wineries produced premium wines made possible by a unique micro-climate and well-drained decomposed granite soils.

Traveling east on Rancho California Road, we started with the last winery, Wilson Creek. Founded and operated by the Wilson family, Wilson Creek carried a broad selection of premium wines and offered a unique tasting experience including the very popular Almond Champagne. Next to the winery and tasting room was an elegant wedding gazebo, landscaped gardens, a large event tent, and a natural creek and pond.

The following day we returned to the Temecula Valley Wine Country stopping for tastings at Filsinger, Keyways, Van Roekel, and Callaway Wineries. And that was 17 years ago when wine tasting was $3 to $5 a person and often with a complimentary wine glass.

A family-owned winery since 1978, Filsinger currently produces about 7,000 cases including seven different varietal wines and four types of champagnes.

Founded in 1989, Keyways Vineyard and Winery was one of the original wineries along Temecula Valley’s winding De Portola Wine Trail. Keyways’ beautiful building and grounds are reminiscent of an early California mission, complete with vineyards and horses grazing in a nearby coral.

Callaway Vineyard & Winery wines are only available at the winery and are offered for tasting and purchase in their gift shop and tasting room.