All sorts of intriguing tidbits of information define Arizona. Everyone knows they’ve got sun. How many of these other Arizona facts do you know? 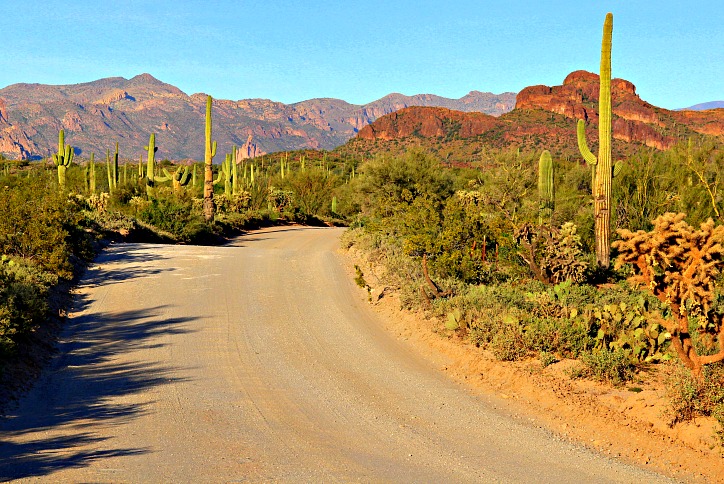 Arizona is endlessly amazing. There are all sorts of intriguing tidbits of information that define the state. Take its special relationship with the sun, for example. Florida calls itself the Sunshine State but that’s only because they’re playing fast and loose with the truth.

Arizona is actually the sunniest state. In fact, Yuma, tucked away in the southwestern corner of the state is the sunniest place on Earth. That’s according to the World Meteorological Association. No wonder Yuma’s agricultural business booms with crops basking in more hours of sunshine than anywhere else.

Grand Canyon is an iconic national park. Slightly lower than national parks in the pecking order are the national monuments. Those can be created by a presidential decree, not an act of Congress. Arizona has 18 national monuments, more than any other state, and they protect some of the most spectacular scenery and cultural treasures.

Arizona national monuments include such gems as Canyon de Chelly, Organ Pipe Cactus, Montezuma Castle, Vermilion Cliffs, Ironwood Forest, Agua Fria, and Walnut Canyon. And Chiricahua, known as the “Wonderland of Rocks,” is a place of staggering beauty and should be on your travel list.

This former gold mining town is most famous for its four-legged ambassadors. Burros loiter in the middle of the street and collect handouts from travelers. Here’s the thing, though: This wasn’t some scheme concocted by the Oatman Chamber of Commerce, Arizona Office of Tourism, or any other agency. The burros initiated the program.

The burros are descendants of animals used by miners and abandoned when the ore played out. At some point, they said the heck with foraging. Now they wander into town each day and stand around blocking traffic while people feed them alfalfa cubes and carrots sold in every store. (Please don’t feed them anything else.) In late afternoon, just before shops close, the burros mosey back into the hills. They repeat the scenario every day. Where else do critters organize a union and execute a business plan?

If you’re going to be overrun by something, what’s cuter than an abundance of hummingbirds? More species of the colorful little winged jewels have been recorded in Arizona than any other state. That’s a lot of the wee flyers buzzing around feeders and flowerbeds.

Arizona is the Wild West

What a cast of characters rode across the Arizona Territory and shot their way into the history books. Billy the Kid killed his first man at Fort Grant. The Earps and Clantons swapped lead in a legendary gunfight in a vacant lot near the O.K. Corral. Cochise is buried here. Geronimo surrendered here.

America’s bloodiest range war raged across the high grazing lands below the Mogollon Rim. The ironically named Pleasant Valley War began as a dispute between the Grahams and the Tewksburys and eventually ensnared friends, neighbors, and hired guns. Every attack seemed to prompt a bloodier response.

The war finally ended, not through any truce but because nobody was left to kill. In 1892 Ed Tewksbury gunned down Tom Graham on the streets of Tempe. Ed Tewksbury was not convicted but there were no more Grahams to come after him. The Pleasant Valley War claimed between 20 and 50 lives depending on whose account you believe.

Altitude with an Attitude

The desert is celebrated in Arizona in a surprisingly vertical way. Tall, lanky saguaros are the state symbol. Saguaros grow very slowly. A 10 year old plant might only be 1.5 inches tall. Saguaro can grow to be between 40-60 feet tall. When rain is plentiful and the saguaro is fully hydrated it can weigh between 3,200-4,800 pounds.

The mean elevation of Arizona is 4,100 feet above sea level. The state has 26 mountain peaks soaring above 10,000 feet. That’s a lot of high country.

With more than half the state sitting at 4,000 feet—mountains and desert in such close proximity it’s never hard to locate the season your heart desires all year round. That may be the sweetest fact of all.