With 350 sunny days each year, Tucson is one of the sunniest cities in America. It’s also a superb desert to take in the great outdoors. 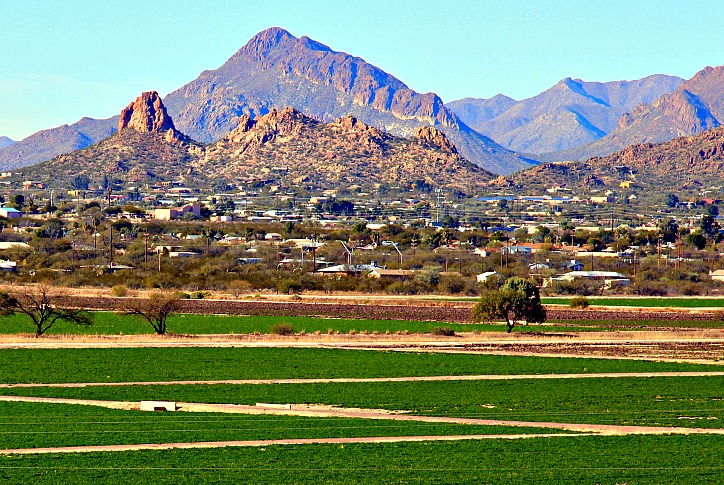 From cactus-spotting in Saguaro National Park and biking down Mount Lemmon to mountains on all four sides and southwestern sunsets that seemingly last forever, Tucson is brimming with outdoor adventures—even skiing!

Here’s what you can expect before planning your first (or next) visit.

The cactus capital of the world

Tucson is known for its “friendly green giants,” a.k.a. saguaro (pronounced “suh-wah-roe”) cacti that dominate the landscape. Whether you travel to the nearby national park or not, you will encounter them everywhere you turn, and you’ll be sure to admire both their height (up to 50 feet tall) and wondrous presence.

You can drive, hike, or bike among them and when seen at sunset or sunrise, they take on a timeless presence. In fact, they can live for over 200 years in ideal conditions.

At the turn of the century, National Geographic endeavored to rank every national park in America. Much to the chagrin of the Grand Canyon, Saguaro National Park took the number one ranking.

Why? Navigating through towering green cacti that appear alive and guardian-like is a surreal experience. You’ll never see one move, but their stature suggests they’re about ready to step across the horizon. The park is split into two districts, each with its own unique activities and topography. For more dense cacti, head to West Unit. For paved scenic drives closer to the mountains, head to Saguaro East.

Due to the extreme temperatures and lack of water, it takes one tough cookie to survive the Sonora Desert. That fight for survival is on full display at the Arizona-Sonora Desert Museum, a 98-acre outdoor zoo, indoor aquarium, botanical garden, and natural history museum not far from the west entrance of Saguaro National Park.

With two miles of designated trails, shade cover, and ice cream on site, it’s an enlightening way to soak in both state and Tucson history.

You know those postcard photos of silhouetted cacti and palms in the foreground of a radiant pink-orange sky? That’s everyday life in Tucson with the mountains off to the west. For ideal views, head to Sabino Canyon on the northeast edge of Tucson. Simply put, the clementine and purple sunsets here are amazing—some of the best we’ve ever seen.

Tram routes provide access to Sabino and Bear Canyons. Along the Sabino route riders are free to get off at one of the nine shuttle stops, do a little birding, have a picnic, or spend time along one of the many pools and cascades that grace Sabino Creek.

Ringed by four mountain ranges with magical names—the Santa Catalina to the north, the Santa Rita to the south, the Rincon to the east, and the Tucson to the west—the city of Tucson is surrounded by trails. Each one winds through the rugged and sometimes otherworldly landscape of the Sonoran Desert, where saguaro cacti stand like sentinels in the sand and ancient canyons await exploration.

There are many trails from which to choose, but the ones most beloved by Tucsonians are those that run through Sabino Canyon. Nestled in the foothills of the Santa Catalinas, Sabino has long been an oasis in the desert.

In the vast Sonoran Desert on an Indian reservation just nine miles southwest of Tucson, one would not expect to find a beautiful church. Mission San Xavier del Bac is a place both historical and sacred that no visitor to Southern Arizona should miss. Fondly known as the “White Dove of the Desert”, San Xavier is one of the finest examples of Spanish colonial architecture in the United States.

When the temperatures start to rise, head to Mount Lemmon which is about an hour’s drive north of downtown. From there you can enjoy 9,000 feet hiking elevations and temperatures up to 30 degrees cooler than the valley.

In winter, you can also enjoy budget-friendly skiing at the well-rated but small Mount Lemmon Ski Valley. With nearly 200 inches of annual snowfall and regular snowstorms, you can always find fresh powder stashes and light traffic.

Tucson had opened my eyes to the world and given me… a taste for the sensory extravagance of red hot chiles and five-alarm sunsets.