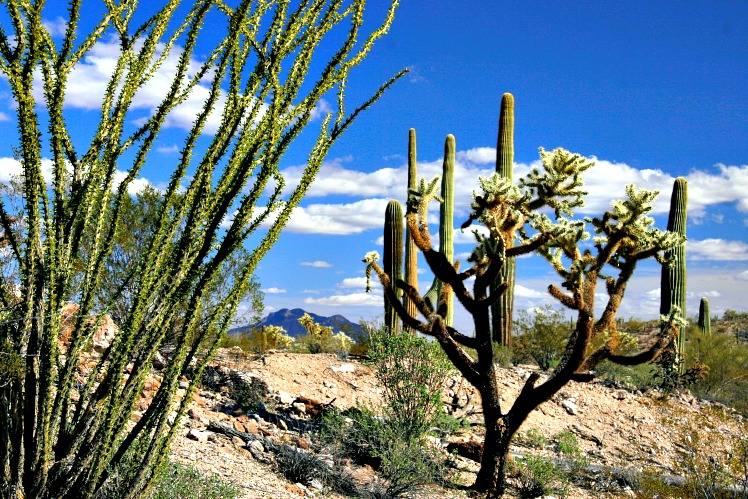 Between 2016 and 2017, 331 million people (almost the entire population of America itself) visited a U.S. national park. This was the highest number ever recorded and most came in summer.

Avoid the selfie-sticks, lone line-ups, and peak-season prices by visiting during the winter months. Here are 10 National Park Service sites worthy of a winter visit.

During the winter months, Bryce Canyon‘s pièce de résistance is its natural amphitheatre, where pink-hued hoodoo rock formations clash against the dazzlingly bright snow. The shelter provided by these geological masterpieces also makes this a great spot to escape the icy winds of the high country. Bryce is an International Dark Sky Park and between now and March you can sign up for ranger-led full moon snowshoe hikes.

One hundred fifty years ago, John Wesley Powell described Glen Canyon as a “land of beauty and glory” and named it for its many glens and alcoves near the river. About 100 years later the canyon was flooded by the Glen Canyon Dam on the Colorado River forming a lake named for the one-armed explorer. With 2,000 miles of shoreline, Lake Powell offers boating, kayaking, and fishing amid rugged red rock canyons and mesas.

Joshua Tree is an amazingly diverse area of sand dunes, dry lakes, flat valleys, extraordinarily rugged mountains, and oases. Explore the desert scenery, granite monoliths (popular with rock climbers), petroglyphs from early Native Americans, old mines, and ranches. The park provides an introduction to the variety and complexity of the desert environment and a vivid contrast between the higher Mojave and lower Sonoran deserts that range in elevation from 900 feet to 5,185 feet at Keys View.

The Grand Canyon‘s residents are a hardy bunch—visit in winter and you’ll spot Abert’s squirrels on nut-foraging expeditions, bald eagles soaring above snow-dusted ridges, and mule deer making their way through the ponderosa pines. Many animals develop additional finery during these colder months. One example is Abert’s squirrels, which grow extra tufts of fur on their ears to keep out the cold. Furry-eared rodents aside, there are lots of other reasons to visit in winter, including hikes along the park’s beautiful low-elevation trails (which have less snow and ice) such as the South Rim’s Hermit Trail.

Big Bend National Park is named after a stretch of 118 miles of Rio Grande River, part of which forms a large bend in the river. Big Bend offers a variety of activities for the outdoor enthusiasts including backpacking, river trips, horseback riding, biking, and camping. The park is home to more than 1,200 species of plants, more than 450 species of birds, 75 species of mammals, and 56 species of reptiles.

Organ Pipe Cactus National Monument celebrates the life and landscape of the Sonoran Desert. This is a showcase for creatures who have adapted themselves to the extreme temperatures, intense sunlight, and little rainfall that characterize this Southwest region. Twenty-six species of cactus live here including the giant saguaro and the park’s namesake. This is the only place in the U. S. where the organ pipe cactus grows wild.

Formed by volcanoes 23 million years ago, Pinnacles National Park is located in central California near the Salinas Valley. The park covers more than 26,000 acres and hosted 230,000 visitors in 2018. By comparison, its neighbor Yosemite National Park welcomed more than four million visitors.

More than 2,000 natural arches dot east-central Utah, an impressive number unequalled anywhere in the world. But if you’ve been to Arches National Park years ago, you haven’t seen it as it is today; the forces that shaped the landscape continue carving, elongating, and widening each formation until its inevitable collapse. Notable landmarks include Landscape Arch, the North and South Windows, and Balanced Rock.

Congaree National Park preserves the largest remnant of old-growth floodplain forest remaining on the continent. In addition to being a designated Wilderness Area, an International Biosphere Reserve, a Globally Important Bird Area, and a National Natural Landmark, Congaree is home to a exhibit area within the Harry Hampton Visitor Center, a 2.4 mile boardwalk loop trail, and canoe paddling trails.

Warm days and cool nights make winter an ideal time to visit Saguaro. The park has two areas separated by the city of Tucson. The Rincon Mountain District (East) has a lovely loop drive that offers numerous photo ops. There’s also a visitor’s center, gift shop, and miles of hiking trails. The Tucson Mountain District (West) also has a scenic loop drive and many hiking trails, including some with petroglyphs at Signal Mountain.

Take time to listen to the voices of the earth and what they mean…the majestic voice of thunder, the winds, the sound of flowing streams. And the voices of living things: the dawn chorus of the birds, the insects that play little fiddles in the grass.