Looking to make plans for RV travel in February? 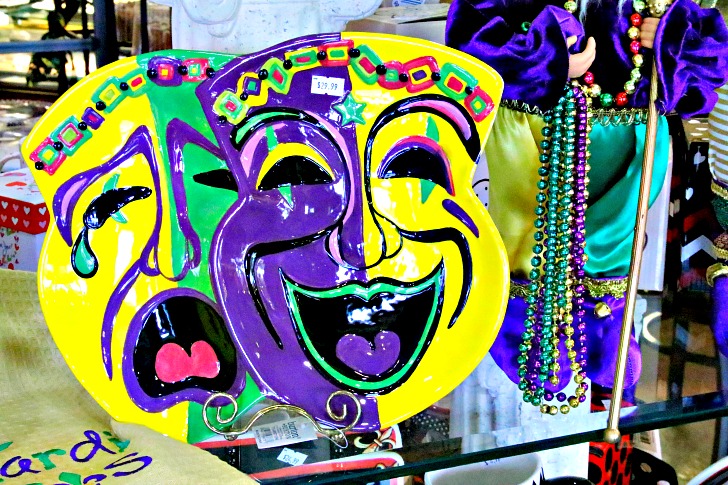 February, a time when much of the country is covered in snow drifts, is a time when many start feeling the desire to head somewhere warmer for a bit of an escape from the drab. Summer is still a long way out and the holidays are far enough behind us that we are ready for adventure.

Traveling in mid-winter and before the spring break rush can often mean cheaper prices but not always as this is high season for RV parks and resorts in warmer destinations due to absolutely stunning weather.

Like the preceding month, February is also from the Romans and it denotes that this month is when the Roman purification festival of Februa is held. Februa is on the 15th of the month, and it is all about cleansing. Maybe this is why it is the shortest month, because undertaking a cleanse of any type is hard to keep up with.

February might be the month of romance but there’s not much to love about the ongoing trudge of a Northern winter unless you’re a snowbird hanging out in a Sunbelt resort.

Carnival season brings feasts and festivities with parties popping everywhere from the Florida panhandle to Galveston.

Scroll through our list of great February destinations to plan your next adventure and escape the daily grind of winter.

‘I don’t want realism. I want magic,’ cooed Blanche DuBois in Tennessee Williams’ A Streetcar Named Desire, an enduring love letter to this romantic city. Mardi Gras certainly delivers on that. The iconic two-week carnival sees daily parades and masquerade balls transform New Orleans into a riotous party town. Don a mask, discard your inhibitions, and wander the city. After the festivities, crawl out of bed for a meal of gumbo over cheese grits and stroll through the cobblestone alleyways of the French Quarter to a soundtrack of Otis Redding and Aretha Franklin.

You’ve heard of Palm Springs and Palm Desert but Anza-Borrego is the desert destination for anyone who really wants to put high clearance and a sense of adventure to good use. The park encompasses more than 600,000 acres with 500 miles of paved and jeep roads traversing canyons, badlands, and mud caves and leading to pitch-perfect palm oases.

Las Vegas is a resort city set in the Mojave Desert in Nevada. The city is renowned for its raucous nightlife and 24-hour entertainment, and it is especially famous for its casinos, which never close. You’ll find a number of impressive themed hotels situated along a 4-mile stretch known as The Strip. The hotels have scale replicas of some of the world’s most famous attractions such as the Eiffel Tower and the Pyramids of Giza. You’ll also find impressive shows on offer every night, rounding out Vegas’ offerings as a city quite unlike anywhere else in the United States. February is the shoulder season with fewer crowds than other times of year and when you tire of all the glitz, Lake Mead National Recreation Area and the Grand Canyon are a short drive away.

Orlando is a central Florida city with an especially dense concentration of theme parks. There are more than a dozen parks in the city with some of the most famous being the multiple parks at Disney World as well as Universal Orlando. Due to the theme parks, the area is very popular with family travelers. The weather in Orlando in February is perfect, but the top tourist attractions can be quite busy during this time of year. Visit the theme parks early and book your RV resort well in advance if you plan to visit during this beautiful time of year.

Phoenix is the sprawling metropolitan capital city of Arizona. It is best known as a destination for golfing and high-end spa retreats. Other popular attractions include the Desert Botanical Garden, South Mountain Park, Phoenix Zoo, and Tempe Town Lake. February is a great time to visit because the weather is mild, the temperatures are tolerable, and there are activities in abundance. However, it is quite a popular season among snowbirds so expect crowds and higher prices on RV resorts especially toward the end of February when Spring Training starts.

San Antonio is a large city in south-central Texas that has an interesting cultural and historical heritage. An 18th century Spanish mission, The Alamo has been converted into a museum that details the struggle for Texas’ independence from Mexico. Wandering the pedestrian walkway along the San Antonio River in downtown is a popular pastime for visitors and locals alike as it is lined with many interesting shops and tasty cafes. Summer in San Antonio brings temperatures that are unbearable for many, so February is a popular month to visit. It also is the time of the annual San Antonio Stock Show and Rodeo, which brings many to town.

Santa Fe is the capital city of New Mexico and has a deep Native American heritage as it was inhabited by native peoples for several thousand years before settlers came. It is located in the scenic Sangre de Cristo foothills and is known for its unique Pueblo-style architecture. The city is a haven for artists, and everywhere you turn there is some sort of creative venture happening. Popular attractions include the Georgia O’Keeffe Museum, the San Miguel Mission, and the Museum of International Folk Art. February is a good time to come if you hope to ski in the Sangre de Cristo Mountains, attend ARTfeast, or just make the most of cooler temperatures and low precipitation.

My parents live in the part of the United States that is Canada. It is so far north that Minnesota lies in the same direction as Miami. They have four distinct seasons: Winter, More Winter, Still More Winter, and That One Day of Summer.