Nature truly is a wondrous place 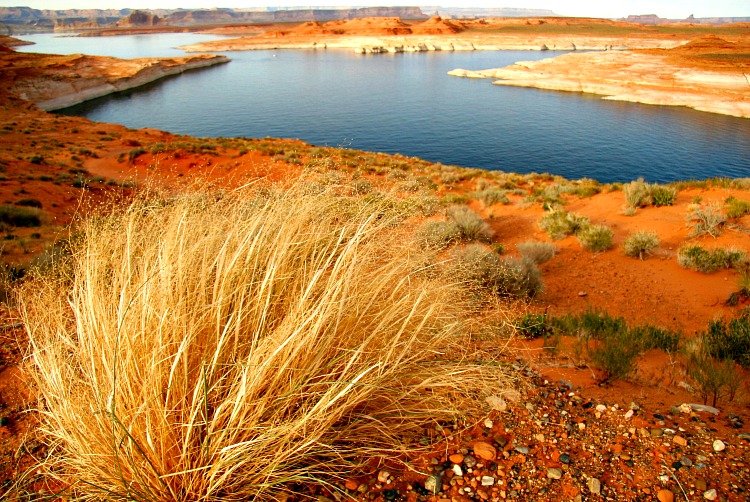 In the December 2013 online edition of Discover Magazine, an article written by physicist and cosmologist Dr. Max Tegmark proposes that “everything in the universe is made of math.”

I’m not a mathematician. Finding math challenging I gravitated toward history and geography in college. So, while most of Dr. Tegmark’s article sailed over my head, I did get the gist that there is mathematics in nature, everywhere we look, even if we don’t necessarily recognize it as such at the time. Now, that, I understand.

As a photographer, I look through my camera’s viewfinder and use math to compose visually and see natural and man-made objects in the form of geometry. My eyes are grabbed by circles, angles, lines, arcs, ellipses, rays, and spirals created by beaches, bridges, rivers, rock formations, trees, canyons, waterfalls, and other things I see in the landscapes around me.

The rule of thirds and golden ratio both use mathematics to achieve appealing photo compositions.

The golden ratio is an ancient mathematical concept used to design everything from the pyramids in Egypt to photographs in popular fashion magazines. The ratio is 1:1.618.

Also known as the Golden Mean, Phi, or Divine Proportion, this law was made famous by Leonardo Fibonacci around 1200 A.D. He noticed that there was an absolute ratio that often appears throughout nature, a sort of design that is universally efficient in living things and pleasing to the human eye.

Since the Renaissance, artists and architects have designed their work to approximate this ratio of 1:1.618. It’s found throughout the Parthenon, in famous works of art like the Mona Lisa and the Last Supper, and it’s still used today.

It is actually quite amazing that a rule so seemingly mathematical can be applied to something as varied and subjective as photography. But it works, and surprisingly well. The rule of thirds is all about creating the right aesthetic trade-offs. It often creates a sense of balance—without making the image appear too static—and a sense of complexity—without making the image look too busy.

I use that geometry to create scenic images filled with natural frames, leading lines, and orderly or abstract patterns. When you compose a landscape photo, you probably don’t realize you may have chosen that scene based upon geometry. You just know there is something about that landscape catching your attention and worthy of a spot on your memory card.

Bryce Canyon National Park screams large-scale geometry with its arc-shaped scoops of land. As I stood at the view area at Sunrise Point, I noticed the triangle created by the tree trunk and the hanging branches and included them in the composition. In retrospect, I could have used a slightly wider angle to include more of the tree.

Arches National Park has over 2,000 natural stone arches, in addition to hundreds of soaring pinnacles, massive fins, and giant balanced rocks. This red-rock wonderland will amaze you with its formations and inspire you with its sunsets.

Natural Bridges National Monument features three majestic natural bridges that invite the viewer to ponder the power of water in a landscape usually defined by its absence.

The landscape in these Utah parks may seem static but the powers of wind, water, and time constantly sculpt new worlds. Arches and bridges are both fragile, natural rock sculptures. Both are formed with water and time but with different processes. Seeping moisture and frost shape arches while running water carves natural bridges.

Go back and look at landscape images you’ve captured. Do you see the natural geometry in your photo compositions? You’ve actually seen and photographed the mathematics of nature.