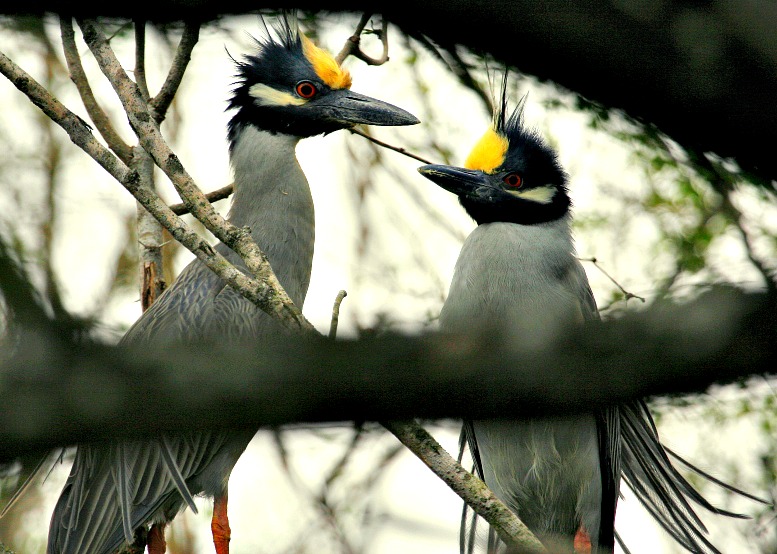 Located at the southern tip of Texas, the Rio Grande Valley offers the ultimate birder’s paradise.

The lower Rio Grande Valley — the ancient delta of the river from Falcon Lake to the Gulf of Mexico — contains resacas or oxbow lakes, Tamaulipan thorn woodlands, marshes, wetlands, and forest. Thanks to these diverse habitats and the Valley’s location on the Central Flyway of migrating birds, more than 500 bird species have been recorded in this area, including several that can be found only in this southernmost part of the U.S.

Together, the parks safeguard nearly 2,200 acres that are home to hundreds of species of birds and other wildlife — places for visitors to experience nature and the landscape of the Valley close to its original state.

Bentsen-Rio Grande Valley State Park, just south of Mission, is not only Texas’ southernmost state park, but since October 2005, the headquarters of the World Birding Center.

The 760-acre park draws visitors from as far away as Europe and Japan hoping to spot some of the more than 355 species of birds and over 250 species of butterflies that have been recorded there, many of them from neighboring Mexico and Central America.

These 798 acres once resembled the patchwork of many state parks, with tent and RV campers and day-trippers driving in and out. But its transformation to a World Birding Center site included elimination of all traffic except bicycles and a park tram that makes regular pick-ups along the 7 mile paved loop allowing birders to hitch a ride from one feeding station to the next. It’s a quiet, beautiful, place and it is filled with birds.

Walking into Bentsen-Rio Grande Valley State Park we’re serenaded to a cacophony of calls from trees lining the road — the loud and raucous clatter of plain chachalacas (pictured below), squawks of woodpeckers, and cooing of doves.

To assist the casual birder Bentsen offers a series of bird blinds strategically placed near various feeding stations. The hut made of horizontally-placed wood slats is reached by a ramp so it is accessible to those with disabilities.

Inside the blind the wood slats can be folded down to form a platform for cameras so a tripod isn’t necessary to keep the camera steady. All you need to do is sit and watch the show as the birds keep coming to feed. We sat on a bench in the blind, peered through the opening and pressed the shutter repeatedly without disturbing the birds.

Throughout the park, bird feeders hang in open areas, mobbed by brilliantly colored green jays, golden-fronted woodpeckers, and great kiskadees with lemon-yellow bellies. Other birds sighted at the park include the eastern screech-owl and yellow-rumped warblers.

The Resaca Vieja Trail winds through trees and brush alive with cheeps, chirps, and squawks; the platform at Kingfisher Overlook surveys a large oxbow lake. On the far side of the park, the 1.8-mile Rio Grande Trail winds to the edge of the country, the Rio Grande, although it’s difficult to see through the thick brush.

From the two-story-high Hawk Tower, though, there’s a bird’s-eye view (pun intended) of nearby Mexico and the tree canopy. In addition to resident raptors such as white-tailed kites and gray hawks, many other species migrate past the tower during spring and fall, including Swainson’s and broad-winged hawks.