Welcome to paradise. A birder’s paradise, that is. 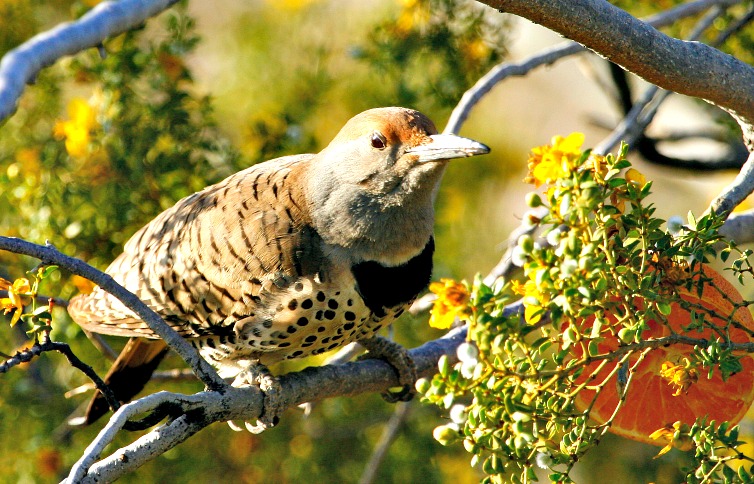 Arizona offers some of the best birdwatching in America. Thanks to Arizona’s rich riparian habitats that stretch from north to south, the state is a top destination for every serious—and not-so-serious—birdwatcher in the country. Birders can marvel at an array of exotic and rare species, from tiny hummingbirds to giant California condors.

Want to get started? Check out this guide to Arizona’s best birding locations.

The spectacular sight of thousands of wintering sandhill cranes is the main attraction at this 1,500-acre preserve. Between October and March, more than 20,000 cranes arrive, mostly from the Midwest, but some come from as far as Siberia. You can see the birds all day long, but if you get here before sunrise, you’ll spot them leaving their roost to feed—an unforgettable experience.

The cool walls of Ramsey Canyon Preserve lure more than a dozen hummingbird species (violet-crowned, broad-billed and blue-throated, to name a few), giving this region the title of “hummingbird capital of the United States.” The delicate birds flock to the ecologically unique spot where plants and wildlife from the Sonoran and Chihuahuan deserts blend with those from the Rocky Mountains and the Sierra Madre.

The San Pedro Riparian area contains nearly 57,000 acres of public land stretching some 40 miles in a narrow band south from St. David. Most visitors start at San Pedro House which features interpretive signs of various native plants of the area, riparian, and wildlife. The American Bird Conservancy has designated San Pedro House as a globally important bird area. The cottonwood and willow trees provide essential habitat for a variety of wildlife including over 350 species of birds.

You’d be forgiven for thinking you can see exotic bird species only in Arizona’s wild lands. But you’re in for a pleasant surprise: Migratory routes pass through urban areas, too, making for great birdwatching in major Arizona cities. This riparian preserve, a premier bird site in metro Phoenix, was established in 1999 as a wetland habitat. In winter, ducks and water birds make their home here, as well as rarities like roseate spoonbill and little bittern.

The multiple riparian habitats at this state park bring such sub-species of hummingbirds as the green-and-gray Anna’s or the hunched Costa’s, while the wooded areas, lake and river attract species like wrens, sparrows and orioles.

The cottonwood and willow trees at this 126-acre site not only offer shade for land-loving wildlife like the Mexican vole, but they also provide homes for the water birds and migrant shorebirds that visit during the winter. Other cool-weather birds include the bald eagle, peregrine, and osprey. In summer, you might spot breeding birds such as wood ducks and yellow warblers.

This massive recreation area straddles the border between Arizona and Utah and is notable for one specific bird species—the spectacular California condor. Only several hundred of these birds are still in existence, and many have been introduced into the wild at Glen Canyon. They have a wingspan of nearly 10 feet. Look for these graceful creatures as they fly free over the Colorado River, dipping and soaring along the air currents.