Edisto Island is one of the few surviving unspoiled beach communities in the U.S. 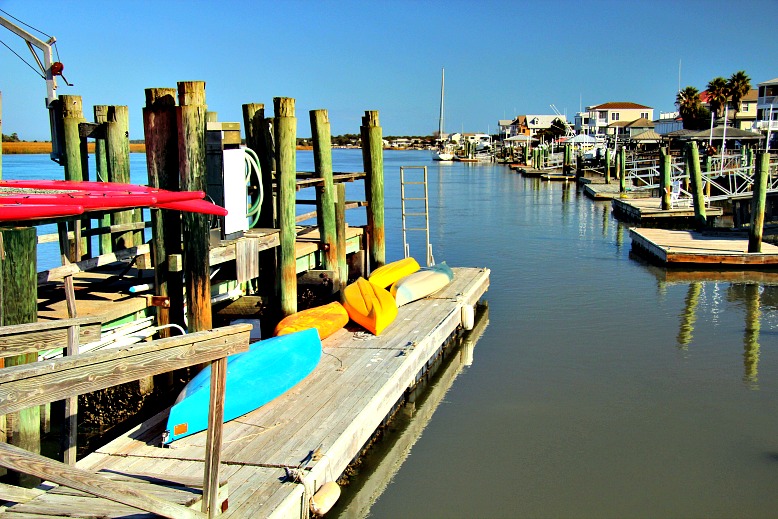 Edisto Island, a sea island in South Carolina’s Lowcountry, lies only about an hour south of bustling Charleston as the pelican flies. But Edisto, part of a chain of more than 100 tidal and barrier islands along the Atlantic coast between the mouths of the Santee River in South Carolina and St. Johns River in Florida. is a world apart.

This is a rustic world of majestic live oaks that are thickly draped with light-as-air beards of Spanish moss, salt marshes, meandering creeks, and historic plantations.

RVers and other visitors to Edisto Island choose to come here—they don’t come by accident. And so it was with us.

Using New Green Acres RV Park in Walterboro as our home base, we spent an enjoyable week exploring the Lowcountry. Known as The Front Porch of the Low Country, Walterboro, county seat of Colleton County, is situated just off of I-95 and is a popular stop for RVers.

It was pleasant 75-degree day in early December that we toured Edisto Island: Edisto Island State Park, the beach, and driving/walking tour of Botany Bay Plantation.

Edisto River, named for the Edisto Indians (original inhabitants of the area), is the longest and largest river system completely within the state. It rises from springs 260 miles north, splits into North and South branches to flow around diamond-shaped Edisto Island (which is actually made up of numerous islands) and into the Atlantic.

ACE Basin, an acronym for the Ashepoo, Combahee, and South Edisto rivers that arc through it, spans 350,000 acres, one of the largest undeveloped estuaries on the East Coast. These many acres of diverse habitat include protected uplands and wetlands, tidal marshes, barrier islands and beaches, and a host of wildlife.

The North and South Edisto branches flow into the ocean a little more than a dozen miles apart and roughly half way between the two is Botany Bay and Botany Bay Wildlife Management Area, a near-wilderness that makes up nearly a fourth of Edisto Island.

The Edisto River is one of the most unique waterways in the world. It is the longest undammed or free flowing “black water” river, and takes up twelve counties in the state. It is the longest and the largest river completely within the borders of South Carolina.  The most interesting part of the Edisto River comes to fruition near Edisto Island. The consistent yet peaceful current makes it perfect for wildlife and for paddling enthusiasts. Floating the Edisto River will show you banks filled with ancient live oaks, Spanish moss, and many forms of wildlife.

Our first stop, Edisto Island State Park, includes an interpretive center and two campgrounds that offer 112 standard sites with water and electric hookups—ocean-side and near the salt marsh. 49 of the standard campsites offer 20/30/50 amp electrical service. Several sites accommodate RVs up to 40 feet. Each campground is convenient to restrooms with hot showers. Reservations are recommended.

Following our island drive with stops at several locations along the extensive beach, we toured Botany Bay Plantation, a South Carolina state historic site and wildlife management area, located off SC Highway 174 about 8.5 miles south of the McKinley Washington Bridge. You’ll follow the dirt road about 2 miles to near where the road dead-ends and turn left at the gate and into the property.

Pure bliss. That’s the only way to describe Botany Bay Plantation.
The 4,630-acre plantation on Edisto Island was a gift from the Margaret Pepper family. It was given to the state in 1977 by Mr. Pepper, but was only able to be used after his wife passed away so she would have the opportunity to continue her years on the land she loved.

The land itself is full of nature’s rich beauty—from the sunflower fields to the salt marsh and fresh water ponds to the Spanish moss draped oaks to the miles of private beach; it is emblematic of Lowcountry’s unique environment and appeal.

The clearly marked driving tour showcases the features of the plantation including the archaeological structures of historical significance. Take a walk down any of the trails and absorb the unique beauty of this unspoiled land.

Touring Edisto Island and Botany Bay Plantation provided us with a chance to step back in time and fall in love with the beauty of the South Carolina Lowcountry.

There is a peculiar pleasure in riding out into the unknown. A pleasure which no second journey on the same trail ever affords.
—Edith Durham