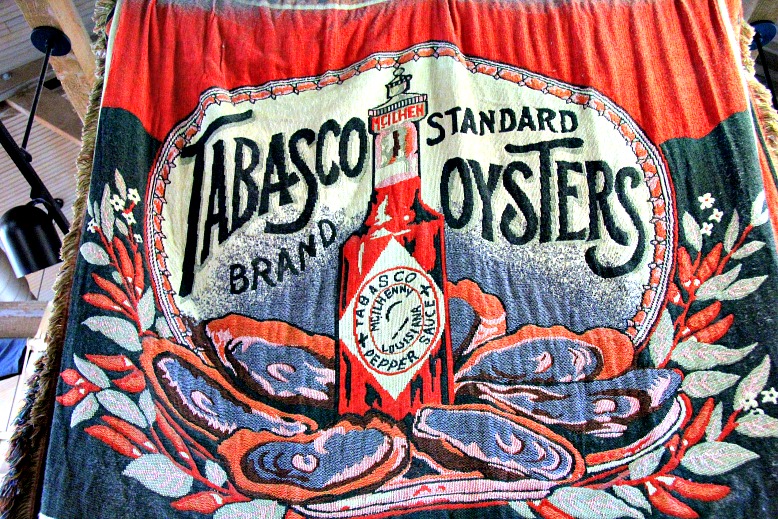 Touring food factories can be a hit or miss venture. Sometimes you get a really hands on tour that gets you up close and personal to the action which can be fun and tasty. Other times you’re stuck sitting in a room watching animated characters tell the company’s history circa 1987.

We’ve taken a tour of the Tabasco Factory and then explored Avery Island on two occasions; it is worth the drive and your time.

When planning your visit to tour the Tabasco factory be aware that there are three distinct attractions to check out. If you want to do everything, plan on a half day visit or longer.

The first part of our Tabasco Tour adventure began with the requisite factory tour. The tour is free and takes about 30 minutes. The tour guide takes you through a few different production areas, relating interesting facts and details about the operation and its history.

The pepper sauce that Edmund McIlhenny created in 1868 on Avery Island is much the same that is produced today, on that very same site. The basic recipe, the process by which it’s made, and the ingredients remain virtually unchanged. And five generations of McIlhennys and employees have dedicated themselves to preserving its legacy.

Edmund McIlhenny was given seeds of Capsicum frutescens peppers that came from Central America, and he first planted them on Avery Island over 140 years ago. Today, just as then, when the peppers reach the perfect shade of deep red and are at their juiciest, they are carefully picked by hand. (Young peppers are green and then turn yellow, orange and, finally, deep red as they age.)

When in doubt, pickers can gauge the color by comparing it to a small wooden dowel, “le petit bâton rouge,” painted the preferred hue of TABASCO red.

The pepper mash is placed in white oak barrels, and the wooden tops of the barrels are then covered with more Avery Island salt, which acts as a natural barrier to protect the barrels’ contents. The mash is allowed to ferment and then aged for up to three years in the McIlhenny warehouse.

After going through the tour you finish up with a short video presentation that gives you history of the McIhenny Family and their five generations of Tabasco sauce making experience. The best part? They give you numerous mini-bottles of Tabasco at the end of the tour.

If you aren’t into factory tours, you can skip it and head right over to the Tabasco Factory Store. Here you will find all the Tabasco merchandise that any shopper could desire. You can also sample every sauce flavor available here along with super delicious Tabasco Ice Cream.

While touring the factory and wandering the store is cool, a favorite part of touring Avery Island is a visit to the Jungle Gardens.

Avery Island is one of five salt dome islands rising above the flat Louisiana Gulf Coast. These islands formed over the eons when alluvial sediment covered a vast plain of salt left behind by an ancient saltwater ocean. Surrounded by low-lying swamps and marshes, Avery Island stands 163 feet above mean sea level. The Tabasco Factory was built on one such salt dome island that is home to North America’s first ever salt rock mine in 1862.

Jungle Gardens is a 170-acre garden with semitropical foliage, abundant wildlife, and a centuries-old Buddha statue. The garden’s rolling landscape stretches along Bayou Petite Anse on the northwest side of the Island.

Jungle Gardens is home to a large collection of camellias. Thousands of plants represent some 600 varieties, including imports from Japan and France as well as varieties that McIlhenny developed on Avery Island.

You might even spy some alligators, deer, and raccoons that live in the hills and marshes around the gardens. And then there are thousands of snowy egrets that nest on the island each spring on specially built, pier-like structures in a pond nicknamed “Bird City.”

You can stroll the gardens along a path covered by gnarled oaks laced with Spanish moss and stand at the shrine that houses a centuries-old Buddha—a gift to E. A. McIlhenny in 1936.