Galveston Island is home to some of the best attractions Texas has to offer including Moody Gardens, Schitterbahn Waterpark, the Historic Pleasure Pier, dazzling Victorian architecture, and 32 miles of sun-kissed beaches 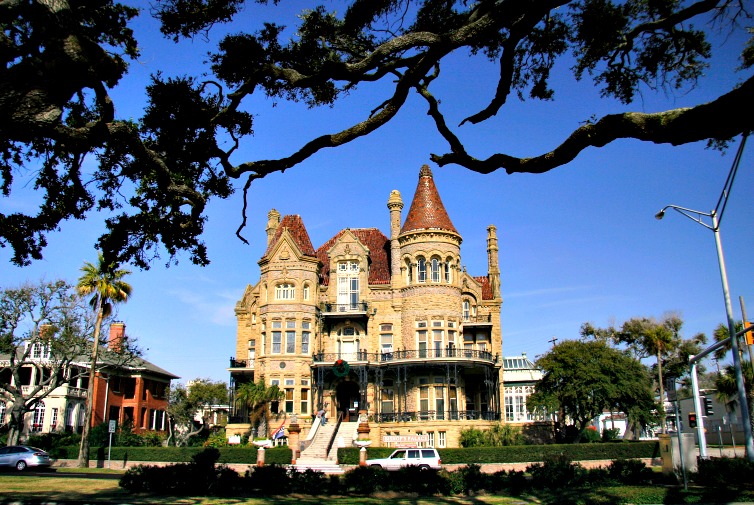 Galveston is one of the oldest and most historic cities in Texas. From its time as a major 1800s-era shipping port, through the devastating Hurricane of 1900 and up until modern day, Galveston has played a major role in shaping Texas history.

Galveston sits on a barrier island two miles offshore surrounded by 32 miles of sandy beaches, numerous attractions, and one of the largest and best-preserved concentrations of Victorian architecture in the US. From soft sandy beaches to famous 19th century architecture, the island is surrounded with incredible history and unique beauty.

Running parallel to Galveston Beach and the Gulf of Mexico is the island’s famous Seawall that stretches for more than 10 miles and rises 17 feet above mean sea level. The Seawall was built to protect Galveston from hurricanes, following the Hurricane of 1900 that devastated the island.

The Seawall is as much a playground as it is a protective barrier for the City against the ever changing tides of the Gulf of Mexico. Whether you enjoy biking, strolling, or just people watching, the Seawall is the place to visit.

1859 Ashton Villa: The first of Galveston’s great Broadway “palaces”,  Ashton Villa set the standard for the magnificent homes that followed. It was the first brick house to be built in Texas.

1892 Bishop’s Palace: Galveston’s grandest and best-known building, is an ornate delight of colored stone, intricately carved ornaments, rare woods such as rosewood and white mahogany, stained-glass windows, massive sliding doors, bronze dragons and other sculptures, and impressive fireplaces from around the world—including one lined with pure silver.

Texas Seaport Museum & 1877 Tall Ship Elissa: With two floors of exhibits, historic photos, and displays, the Texas Seaport Museum highlights the history of the Port of Galveston that includes its rich legacy of seaborne commerce and immigration. Elissa is a three-masted, iron-hulled sailing ship built in 1877 in Aberdeen, Scotland by Alexander Hall & Company.

Ocean Star Drilling Rig & Museum: Three floors of models and interactive displays illustrate the story of offshore oil and gas from seismic technology to exploration and production. The Ocean Star was a Mobile Offshore Drilling Unit, and as such it was towed from place-to-place to drill test wells in the quest for oil and gas.

Strand Historic District: Galveston’s Strand was the city’s primary commercial area during the second half of the 19th century, when its star was bright and full of great promise. A thriving, energetic, and prosperous district, the Strand developed alongside the shipping channel and port that helped make the city the largest metropolis in the state.

Galveston, oh Galveston, I still hear your sea waves crashing
While I watch the cannons flashing
I clean my gun and dream of Galveston.