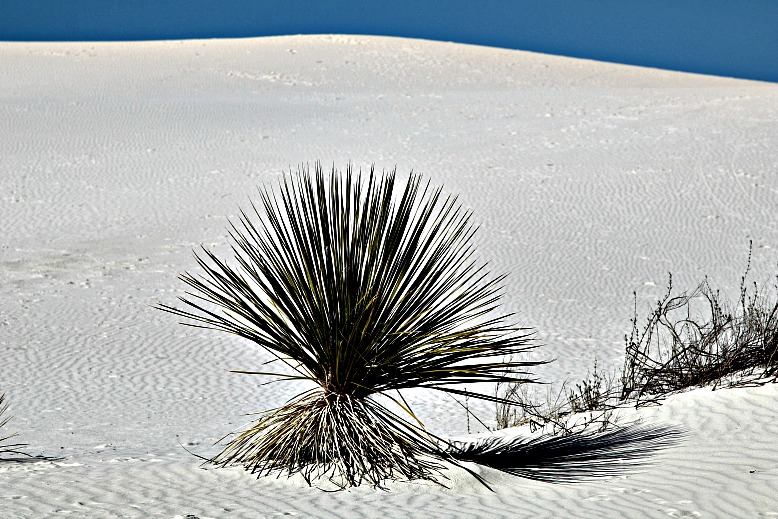 After half a decade of legislative holdups, New Mexico’s White Sands National Monument has officially been designated a national park.

Located 50 miles northeast of Las Cruces, White Sands is the largest dune field in the world and is so expansive that it can be seen from space. It was established on January 18, 1933, by President Herbert Hoover to preserve “the white sands and additional features of scenic, scientific, and educational interest.” According to the statement, White Sands contains not only the world’s largest gypsum dunefield including gypsum hearthmounds found nowhere else but also is home to the globe’s largest collection of Ice Age fossilized footprints.

Legislation to re-designate White Sands was included in the National Defense Authorization Act for Fiscal Year 2020. The US House of Representatives passed the act on December 11 with the Senate following on December 16. President Donald Trump signed the bill on December 20.

White Sands sees hundreds of thousands of visitors every year, more than any other national park service site in New Mexico. In 2017, White Sands logged more than 600,000 visits and spurred more than $31 million in spending for the local economy.

“This is a pretty prestigious recognition of White Sands, one of New Mexico’s most remarkable natural wonders,” said U.S. Senator Martin Heinrich, a New Mexico Democrat who introduced the bill to Congress with U.S. Representative Xochitl Torres Small in March 2019.

Starting this spring, visitors to the 275-square-mile stretch of rolling dunes will now be able to hike and camp in its backcountry, sled down sandy hills, and stargaze—without the interruptions of missile tests. The designation was included as a provision in Congress’s defense bill because the former monument shares land with the White Sands Missile Range (WSMR), a U.S. military weapons testing area and the site of the first atomic bomb detonation.

In exchange, the National Parks Service has been granted 5,766 acres of formerly Army-owned land on the eastern side of the park. Not only does this mean that White Sands will expand by 2,030 acres, but visitors will no longer have to plan around the Range’s weapon testing drills. Previously, on a random day or two of the week, the monument would close to visitors as a safety protocol.

The new designation will also have positive impacts on the surrounding community: a 2018 study found that turning monuments to national parks could increase visitation by 21 percent (about 100,000 more visitors) in the first five years and result in a $7.5 million increase in the local economy, mainly due to increased visibility. According to the legislation, all funding for the current monument will be directly transferred to the national park. Additional funding is dependent on an increase in the park’s visitors, which would help White Sands compete for National Park Service resources.

Those who’ve visited White Sands won’t be surprised by its new status while others who are less familiar are in for a real treat. Beyond the surreal beauty of its endless dunes, the park is full of wildlife and has a long cultural history, including evidence of hunter gatherers going back 10,000 years.

The desert could not be claimed or owned–it was a piece of cloth carried by winds, never held down by stones, and given a hundred shifting names.