Is there such a thing as too much enhancement, and does it make a difference? 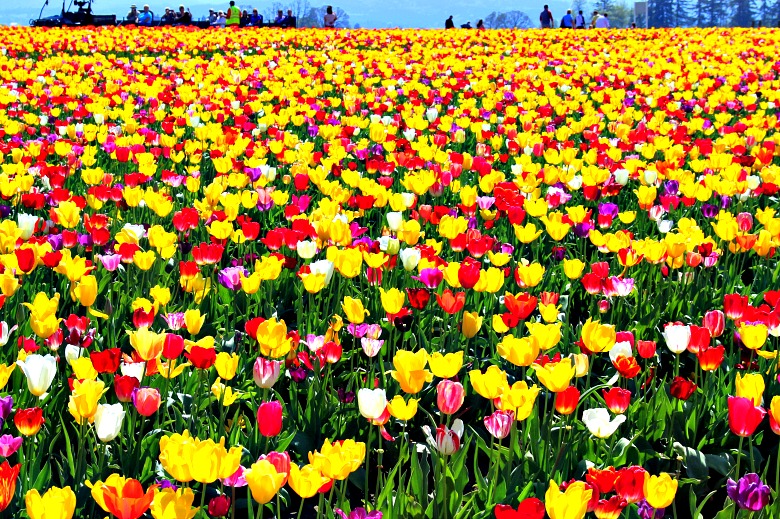 Viewing photos in tourism brochures, travel magazines (think, Arizona Highways), and Internet sites such as Instagram can be uplifting. Some images are downright stunning. As a photographer, I can tell you that quite a few of those stunners have undergone their fair share of editing.

For instance, the starry night photos you may see of certified Dark Sky Places such as Canyonlands National Park (Utah), Anza-Borrego Desert State Park (California), and Petrified Forest National Park (Arizona) are composites of two or more images blended together. Some photographers will state how many shots it took to create that composite, while others remain silent about it.

Is it a beautiful image? Yes. Is it an honest image, true to the original scene? Well? The photo was taken at an honest location as opposed to a Hollywood backlot and the photo portrays what you will see in that specific location during a visit to the park. But the photo itself has been manipulated beyond the average contrast, brightness, saturation, and sharpening adjustments.

While the shot was captured at a beautiful location, there were numerous enhancements made to the image allowing the natural beauty of the scene to really pop out and catch the viewer’s eye, even in the dark of night. Does that matter to you? Is a beautiful image a beautiful image, manipulated or not?

I believe most of us like our landscape images to look natural. But, what is natural? If the image is dull, do we think that is what the natural landscape looked like? If the image is colorful, do we automatically assume it’s overdone, simply because there is so much saturation?

I believe every photo needs some degree of editing. The camera captures all of the data it sees, but the resulting image doesn’t always deliver what you originally saw due to issues with lighting, color, or exposure settings. The quality of the camera and lens and skill set of the photographer are also key factors. The data is there, and it’s up to the photographer to bring out the beauty of the composition. In my opinion, though, there is such a thing as overprocessing an image.

In “The Art, Science, and Craft of Great Landscape Photography,” Glenn Randall recognizes “there are significant differences between viewing the real world and viewing a photograph of it.”

I, personally, dislike landscapes that are heavily edited to the point of being unnatural. Of course, photography is a subjective art, and what I think is overdone, others might think of as state-of-the-art. Also, my views on the appropriate amount of saturation in post editing have changed over the years. I no longer feel that more saturation is necessarily better.

Removing extraneous objects from an image is called “cloning out” and is accomplished via Adobe Photoshop’s clone tools. With a simple click of the mouse, cloning removes sensor spots as well as objects and people that got in the photographer’s way.

When is it OK to clone something out aside from sensor spots (those round blobs you see on your photo when your camera’s sensor has dust particles)? I believe that unless it’s to be showcased as artistic fine arts the photo should be left as-is. It is my opinion that scenic vistas and other landscape images should remain true to the scene.

OK, so back to my original question: Is there such a thing as too much enhancement and does it make a difference? My personal opinion is that you can edit an image too much.

Whether it makes a difference is really up to you. If you think the image is beautiful and it entices you to visit, then no matter how much it’s edited, that photo has accomplished the goals of getting you to like the shot and to go see the beauty of that particular location firsthand. Any alteration is inconsequential. The caveat is that you might be disappointed upon your arrival at a specific view to discover it’s not what you had expected based upon others’ shots.

As an aside, the “Share The Experience” photo contest hosted by the National Park Foundation, in partnership with six other federal agencies, stipulates in their guidelines that images entered must not be “altered or manipulated except for minimal cropping, red eye removal and/or adjustment of contrast, brightness or saturation.”

…painting is something you do. You make a painting. You don’t make a photograph. You see a photograph. Photography is seeing only, you see it, you release the shutter, you use your aperture, your machine and once you’ve seen it, that’s it. It’s done.