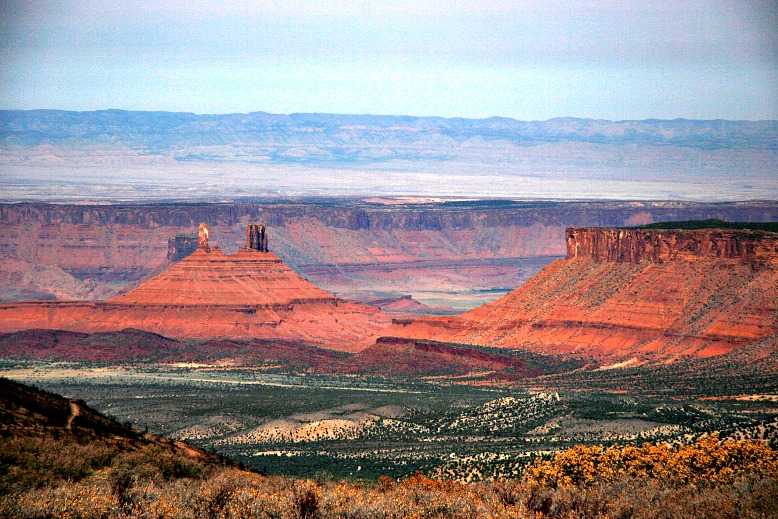 The land in the Southwest is so utterly different and strange to the East Coast of small hills, cities, and humid summers that it can feel like an entirely separate country at times.

While the stereotype of the area is that it’s all barren desert—which isn’t entirely inaccurate—there’s a lot more variation and personality in the Southwest than the backdrops of Wile E. Coyote and Road Runner cartoons would suggest.

With special attention to the reigning favorites and a few of our own sprinkled in, here are the most beautiful places in the Southwest.

Of all the places to visit in the Southwest, Sedona may be the most beautiful. The Oak Creek Canyon Scenic Drive climbs 4,500 feet from Sedona, but before you begin stop at the stunning Oak Creek Vista. Along the way, you’ll see evergreens, red rocks, and wildlife. Red Rock State Park features a range of trails, from flat walks near Oak Creek to ascending paths with impressive views.

These two towns are practically in Zion National Park, which is one of the most scenic places to visit in the Southwest. Ever hiked in a river? Now’s your chance in the Narrows, a gorge surrounded by thousand-feet-tall walls. Don’t forget your camera for the Zion Canyon Scenic Drive, 57 miles of mountainous magnificence. For an unforgettable journey, put it on your list immediately!

As synonymous with cinema Westerns as John Wayne, Monument Valley embodies the westward expansion more than any other American landscape. The noble spires, dusty red and orange, jut upward toward wide-open skies, which morph into fiery swaths of color come sunset. If you’ve ever had dreams of taking to open land on horseback, this beautiful Southwest spot is a must. Be sure to stay for sunset.

Moab is known for its natural beauty and fun escapes for adventure lovers. Moab is a quick drive from two national parks and home to the most popular state park in Utah (hint: you won’t find better views anywhere). Just five miles from Moab is Arches National Park, so named due to its natural sandstone arches and rock formations. “The Island in the Sky” is an elevated piece of Canyonlands, the largest national park in Utah. Dead Horse State Park features a famous point with amazing views.

The southwestern Colorado town of Cortez, one of America’s richest archaeological centers, lies between the entrance to Mesa Verde National Park and Ute Mountain Tribal Park. After you visit these sites, you’ll leave steeped in the history of the Ancestral Puebloan people, from the places they lived to the tools they used in everyday life. The expertly carved cliff dwellings in Mesa Verde—from Cliff Palace to Spruce Tree house—take you back 700 years to the Ancestral Puebloans who shaped them, and have been preserved by rock that was deposited around 78 million years ago.

Oh, I could have lived anywhere in the world, if I hadn’t seen the West.