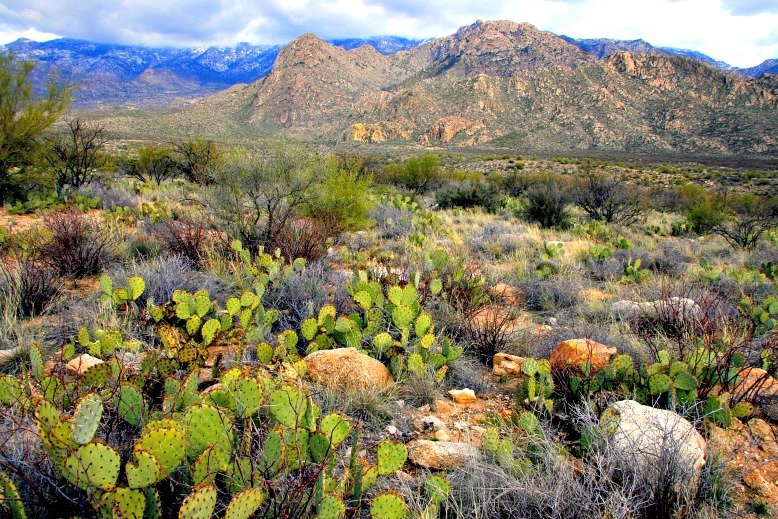 Arizona truly is a land of extremes. Temperatures vary from place to place and even day to night. Few geographic formations in the world illustrate this stark climactic contrast—and its importance to biodiversity—better than Sky Islands.

Visitors to Southern Arizona are often struck by these vast mountain ranges rising suddenly out of the desert and grasslands. Saguaro, prickly pear, and ocotillo rapidly give way to a coniferous  forest, and a much cooler climate. Usually 6,000–8,000 feet in elevation—sometimes exceeding 10,000—these majestic mountains emerge from a sea of desert scrub and provide an oasis for an abundance of wildlife. These Sky Islands encompass some of the most rugged and remote lands in the Southwest and feature some of the most diverse ecosystems in the world.

A Sky Island is defined as a mountain that is separated from other mountains by distance and by surrounding lowlands of a dramatically different environment. The result is a habitat island, such as a forest surrounded by desert. As the mountain goes up in elevation, ecosystem zones change at different elevations.

Coronado National Forest protects the twelve Sky Islands of Southwestern Arizona which are the real treasure houses of the region.

Thanks to their rapid gain in elevation, Sky Island peaks remain temperate even in the fiercest summer heat. When Tucson’s mercury climbs above 100 degrees in summer months, the 9,157-foot summit of Mount Lemmon in the Santa Catalina mountains offers respite to overheated fauna (including the human variety) with temperatures that rarely exceed 80 degrees.

In the winter, Mount Lemmon is the southernmost downhill ski area in the country. One of the most scenic drives in southern Arizona, the Sky Island Scenic Byway provides access to a fascinating land of great vistas, natural rock sculptures, cool mountain forests and deep canyons spilling out onto broad deserts.

As the meeting point between desert and forest, Sky Islands provide a variance of climate zones, including tropical and temperate climates, that supports a vast range of wildlife. The lower temperatures of the high elevations allow snow to accumulate, which melt into summer streams that feed to other riparian areas. The diversity of the region exceeds anywhere else in the U.S., supporting well over half the bird species of North America and 104 species of mammals.

The Sky Island idea was first published in 1943, in an article in Arizona Highways magazine called “Monument in the Mountain.” In the article, writer Natt N. Dodge referred to the Chiricahua Mountains in southeastern Arizona as a “mountain island in a desert sea.”

The term was later made popular by nature writer Weldon Heald, a resident of southeastern Arizona. In his 1967 book, Sky Island, he demonstrated the concept by describing a drive from the town of Rodeo, New Mexico, to a peak in the Chiricahua Mountains, 35 miles away and 5,600 feet higher in elevation. Ascending from the hot, arid desert, the environment transitions to grassland, then to oak-pine woodland, pine forest, and finally to spruce-fir-aspen forest.

Around the same time, the idea of mountains as islands of habitat took hold with scientists, and the idea was included in the study of island biogeography.  Although the name may have originated in Southern Arizona, Sky Islands are not limited to mountains of the Southwest, but can be applied to any geographic location where mountains are isolated from each other by lowland habitats.

On your next visit to a Sky Island, note how the vegetation changes from cactus to thornscrub to oak forest, pine forest, and mixed conifer forest as you ascend the slope.