A narrow, 14-mile-long outdoor playground juts from the mouth of Mobile Bay into the Gulf of Mexico 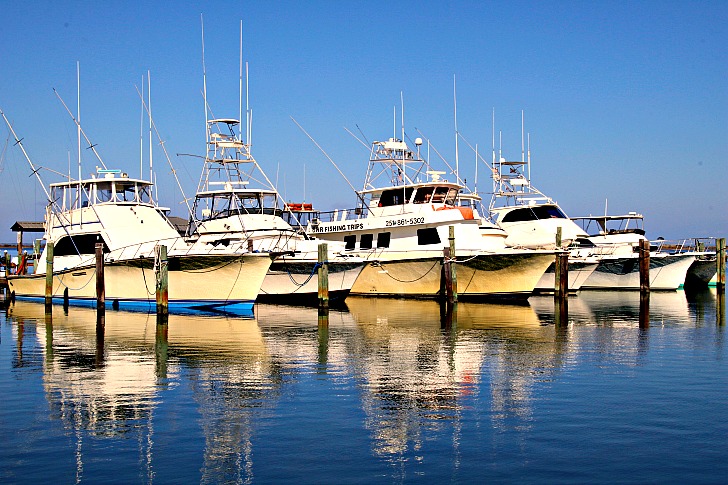 Near the mouth of Mobile Bay, Dauphin Island, provides a getaway atmosphere with attractions aimed at the family. Graced with all the necessities, Dauphin Island allows you to get away from the hustle and bustle of more developed areas.

Back in 1699 the French explorer Le Moyne d’Iberville landed on the island and started a settlement called Massacre Island, which was later more tastefully renamed Port Dauphine. It served briefly as the capital of the French Louisiana Territory in the early 1700s. During the War of 1812, American forces captured it. The historic Fort Gaines, on the eastern end of the island, was built to protect Mobile Bay.

The Dauphin Island Park and Campground is a great place to enjoy all the island has to offer. The 155-acre park offers an abundance of exceptional recreation offerings and natural beauty. The campground is uniquely positioned so that guests have access to a secluded beach, public boat launches, Fort Gaines, and Audubon Bird Sanctuary. The campground offers 150 sites with 30/50 amp- electric service and water; 99 sites also offer sewer connections.

From here, head over to nearby Fort Gaines, with its 22-foot-tall exterior brick walls and storied military heritage that spans 1821 to 1946. The fort is most highly recognized for its role in the Battle of Mobile Bay, a famed Civil War naval conflict.

It was during this three-week battle that Union rear admiral David Farragut roared the command, “Damn the torpedoes; full speed ahead!” (It’s interesting to note that the word “torpedoes” in this case referred to hidden enemy mines and not submarine weapons.)

Start your self-guided tour by picking up a map at the gift shop. The comprehensive guide includes 26 points of interest along with facts about the fort’s tunnels, bastions, blacksmith shop, and disappearing gun mounts, among dozens of other features.

You can examine the huge anchor of Farragut’s flagship, gaze toward Sand Island lighthouse from atop the southeast bastion, or browse the museum. Fort Gaines numbers among the best-preserved 19th-century brick seacoast fortifications in the East.

Located nearby, the Audubon Bird Sanctuary consists of 137 acres of maritime forests, marshes, and dunes, and includes a lake, swamp, and beach. The trail system within the sanctuary has been designated as a National Recreational Trail. The sanctuary is the largest segment of protected forest on the island and the first landfall for neo-tropical migrant birds after their long flight across the Gulf from Central and South America each spring.

For a quick sampling of the sanctuary’s flora and fauna, you can hike the 0.6-mile interpretive loop trail that winds through the maritime forest where the dominant plants are loblolly and slash pines, live oak, southern magnolia, and Tupelo gum. It leads by slightly elevated boardwalk from the parking lot to Gaillard Lake. The wharf overlooking the lake is a favorite site for observing egrets, herons, blue-winged teals, pond turtles, and pig frogs.

The Estuarium at the Dauphin Island Sea Lab is a public aquarium and exhibit facility that allows visitors the opportunity to explore the four ecosystems of coastal Alabama—the Mobile-Tensaw River Delta, Mobile Bay, the barrier islands, and Gulf of Mexico. Its features include a large exhibit hall, featuring aquariums swimming with local water life, and a living marsh boardwalk along the bay.

Most visitors begin their self-guided tour by watching a video titled “A World of Water”. It explains water’s journey from the delta through the 35-mile-long estuary to the Gulf. The estuary is so abundant that fishery scientists labeled the north-central Gulf of Mexico the “fertile crescent.”

Highlights in the 10,000-square-foot exhibit hall include live snakes, baby alligators, and aquariums containing sharks and other exotic sea creatures. At a touching table, you can stroke the spiny shell of a horseshoe crab, a prehistoric species more closely related to scorpions than to crabs.

For all at last return to the sea—to Oceanus, the ocean river, like the ever-flowing stream of time, the beginning and the end.

—Rachel Carson, The Sea Around Us