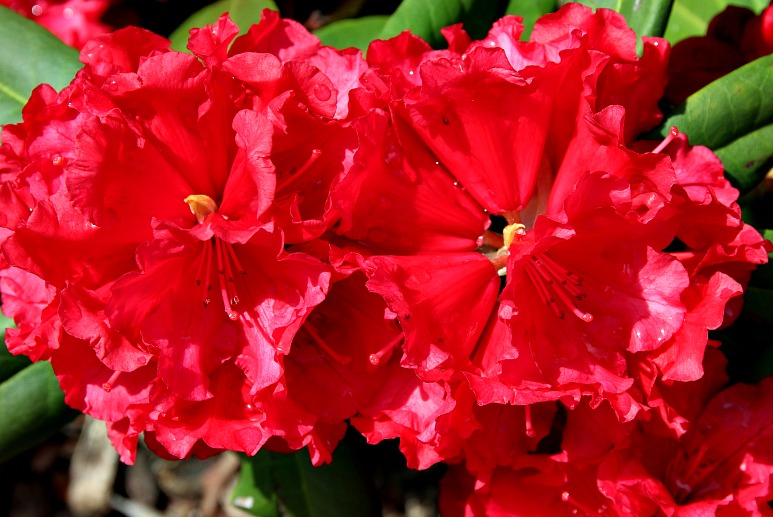 Like the previous month, April was a victim of calendar shifting by the Romans. April was supposed to be the second month on the calendar after March, because after all, Aprillis is a derivative of the Latin base word apero- which means second. April was celebrated as the second month of the year, whereas now it’s the fourth month and is seen as the real beginning of spring in the U.S.

Could April be the best of all worlds? Summer comes early to Arizona. It’s also the best time of year to catch some bona fide bucket-list natural wonders from the Grand Canyon to the Petrified Forest. Simply put: there’s an RV destination for you, no matter your jam.

South Carolina begins as a wall of mountains on its western border as the Southern Appalachians rise dramatically from the piedmont below. The terrain mellows into river valleys as it moves east until it hits the coast and becomes wild again with untouched barrier islands, sandy beaches, and rough surf coming in from the Atlantic Ocean. Water sports obviously dominate the coastal scene with untold miles of brackish rivers to paddle while the mountains have become a hotbed of cycling and hiking.

Spring is a lovely time of year in Texas. The weather is not yet too intensely hot, the skies are blue and clear, and things start to move outdoors—festivals, gigs, parties, eating, and drinking. The weather in Marfa, out in the High Texan Desert, is just right for walking the many miles around Donald Judd’s large-scale installations and land art out under the desert sun (at this time of year, not too harsh), and just right too for staying in a vintage van or airstream at El Cosmico.

The winter-sun state is wonderful in spring and autumn. It’s one of the best places to go on holiday in April for beach breaks or outdoor adventures with long sunny days and warm-but-not-hot weather—just right for tailing alligators through the mangroves or galloping around a cattle ranch, cruising around Miami’s art district or having a classic family beach holiday on the Gulf of Mexico.

The Skagit Valley Tulip Festival is magic! Skagit Valley Farmers invite visitors to take a scenic drive through the valley and experience the art of farming during the month-long Skagit Valley Tulip Festival. Tulips have been farmed here since the early 1900s and today, over a million bulbs are planted at RoozenGaarde and Tulip Town alone. The Magic Skagit Valley’s natural wonders also include shorelines, bays, islands, mountains, the Skagit River and one of the largest and most diverse agricultural communities west of the Cascade mountain range.

Grand Canyon National Park is America’s most spectacular landscape, a 277-mile long, 5,000 foot deep kaleidoscopic gorge of the Colorado River that cuts through the high desert plains of Arizona like a golden knife. Written into these sheer cliffs is one of the most complete geological records on the planet—nearly two billion years of the earth’s history etched into stone from the Kaibab Limestone laid down at its summit 260 million years ago to the 1.8-billion-year-old Vishnu Schist at its base. Studying the rocks, layer by layer, you can almost see desert become swamp, oceans advance and retreat, and mountains rise and fall again. It’s like looking at time itself.

Who knew petrified wood could be so beautiful? While you might think the Grand Canyon is the only stunning place in Arizona, this spot will prove you wrong. Petrified Forest National Park is a unique preserve where you can enjoy a number of breathtaking views. The park is full of colorful badlands and is a great place to go backpacking or simply enjoy a day hike.

Repeatedly hailed America’s most charming and friendliest city, this Southern Belle offers cobbled streets and horse-drawn carriages. And springtime is the perfect moment before steamy summer envelops the Deep South. Try jazz-club-hopping in the French Quarter, slurp fresh oysters on the seafront, and don’t miss the colorful Georgians of Rainbow Row. Better still, April’s annual Festival of Houses and Gardens invites you inside some of the city’s most incredible antebellum homes. Go have a snoop.

Spring is the time of the year when it is summer in the sun and winter in the shade.
—Charles Dickens, Great Expectations