Halfway between San Antonio and Big Bend National Park, inconspicuous under acres of ranchland, sit the Caverns of Sonora 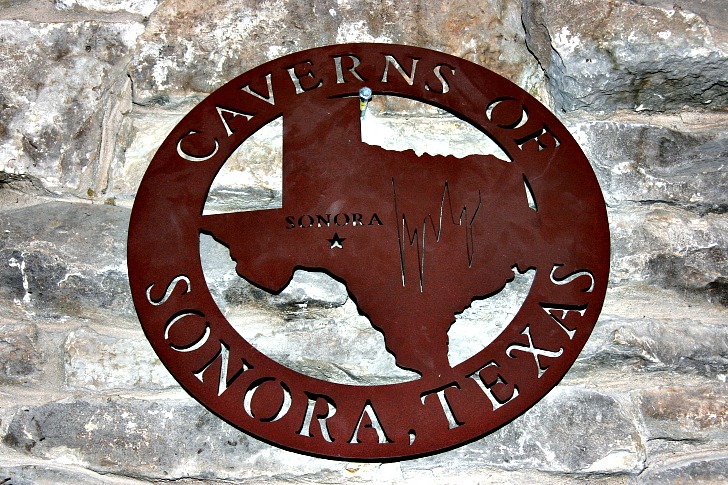 We know COVID-19 (Coronavirus) is impacting RV travel plans right now. For a little inspiration we’ll continue to share stories from our favorite places so you can keep daydreaming about your next adventure.

Back in 1896, Baltimore Orioles shortstop Hughie Jennings got hit by pitches a whopping 51 times during the season, a record that has yet to be broken (though why anyone would want to try is beyond me).

That of course has nothing to do with the Caverns of Senora, but I figured I’d begin this article with some insider baseball since Major League Baseball season and the National Hockey League playoffs are on hold. This post is about one of the most beautiful caverns in the U.S.

Where the Texas Hill Country meets the Chihuahuan Desert sits thousands of acres of limestone rich ranch country. Found below the boots and hooves of those who inhabit and work the land is an amazing underground treasure, The Caverns of Sonora. The Caverns of Sonora is internationally recognized as one of the most beautiful show caves on the planet.

Having heard positive comments about the Caverns of Sonora, we made a short side trip to Sonora to check them out as we crossed the State of Texas in our motorhome.

A worthwhile stop in its own right, the Caverns of Sonora is also perfectly situated to break up the long drive through West Texas. A small campground with water and electric utilities at the cave made it a convenient overnight stop.

The Mayfield family began its ranching operations in Sonora around the turn of the 20th Century. An opening in the rocks was found in the southern part of the ranch when a dog chased a raccoon into a 20-inch opening. Locals began exploring the cave sometime in the early 20s. They could go back about 500 feet from the entrance to a fifty-foot deep pit. This section of the Cave was eventually known as Mayfield Cave.

Jack Burch, a caver from Oklahoma saw the cavern for the first time in 1956. He began to see human impact in the caverns in places where there shouldn’t have been any damage. His vision was to develop the cavern to stop this destruction and preserve the cavern for future generations. The Caverns of Sonora was opened to the public July 16, 1960.

The Cavern is over seven and a half miles long but only two miles of trails are developed for tours. There are five levels of the cave that vary in depth form 20 feet to 180 feet below the surface.

Caverns of Sonora is ranked as one of the Top Ten Caverns in the U. S. and is one of the most active caves in the world with over 95 percent of its formations still growing.

The Caverns of Sonora were named a National Natural Landmark in 1966.

Their formation began during the Cretaceous Period, several million years ago, while the area was submerged. Limestone pockets were dissolved by acidic groundwater; when the sea receded, empty chambers were left underground.

The Cavern is known for its stunning array of calcite crystal formations, extremely delicate formations, and the abundance and variety of formations. You’ll find helictites, soda straws stalactites, speleothems, stalagmites, and cave bacon.

The cave is a constant 71 degrees with 98 percent humidity which makes it feel about 85 degrees.

Our tour guide led us up through multiple sections of the cavern that are absolutely stunning. The two miles of paths for the tour are paved with handrails and over 350 steps as you ascend and descend throughout the cave. We marveled at the unbelievable formations of all shapes and sizes and colors and crystal clear ponds.

The cave is well prepared for tours with magnificent indirect lighting which showcases the formations and the various rooms of the cave. The trail meanders up and down the cavern and takes you through both narrow sections of the cave where you need to take care not to bump any formations (or your head).

You’ll visit a number of sections or rooms of the cave with names that reflect the formations in that section, including Crystal Palace, White Giants, Christmas Tree Room, Halo Lake, Valley of Ice, Baby Grand Canyon, and Palace of the Angels.

You’ll find the Caverns of Sonora 15 miles southwest of Sonora, off Interstate 10. The best driving route is to take Exit 392 south onto FR 1989 (Caverns of Sonora Road), and follow the signs. The Caverns are open daily, year-round, except Christmas Day; guided tours are offered throughout the day. Special “adventure tours,” photography tours, and large-group tours must be arranged in advance. The visitor center offers fossils, rocks, books, and jewelry, as well as snacks.

Its beauty cannot be exaggerated, even by Texans.