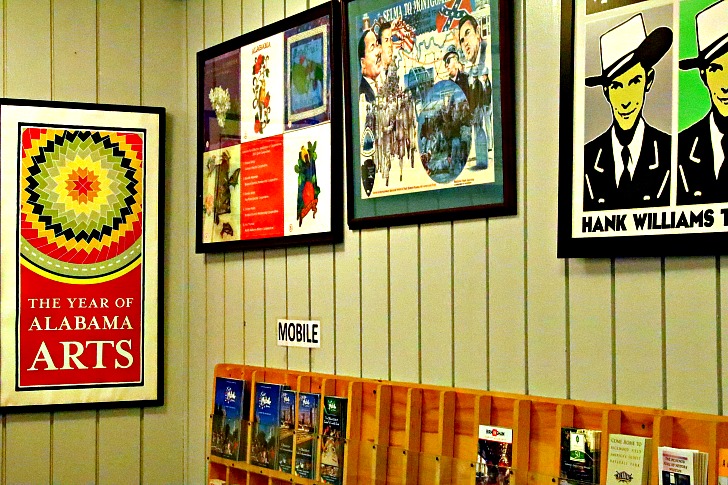 Beauty, history, and adventure all come together in Alabama, a state rich in experiences for visitors to savor. It’s a place where you can take in all the sights, sounds, smells, flavors, and sensations that you’ll always remember.

Tour the historic Alabama State Capitol in downtown Montgomery. Visit Dexter Avenue King Memorial Church where Dr. Martin Luther King Jr. preached. Step inside museum after museum where the history of Alabama is displayed. Among the most visited are the Rosa Parks Museum, the Hank Williams Museum, and Old Alabama Town.

Alabama’s largest city, Birmingham is a major medical center and a hub for science and technology.

To the city’s west is Tuscaloosa, home to the University of Alabama and its Crimson Tide football team. The 100-year legacy of the Tide and its most famous coach is honored in the Paul W. “Bear” Bryant Museum.

In Huntsville, the U.S Space and Rocket Center, the largest space flight museum in the world, houses more than 1,500 space exploration artifacts and numerous permanent and rotating exhibits. It is also home to IMAX and 3D theaters, the Davidson Center for Space Explorations, Space Camp, and Aviation Challenge.

Alabama’s oldest city, Mobile claims America’s first Mardi Gras, a celebration that began in 1703. Every year the streets of Mobile buzz with parades and festivities for the entire family. Uncover the fascinating history of the area at the Museum of Mobile, climb aboard the USS ALABAMA battleship, and discover the 65-acre Bellingrath Gardens and Home.

Alabama became a state in 1819 but the first European explorers discovered it when the Spanish sailed into Mobile Bay in 1519. However, the French were the first to establish a permanent settlement in 1711 at Mobile.

Economically dependent on cotton and the slave labor that produced it, Alabama was the fourth Southern state to secede from the Union, in January 1861. The Confederate States of America were organized in Montgomery and Jefferson Davis was inaugurated as its president.

The state came into the national spotlight during the Civil Rights Movement in the 1950s and 1960s. The 1955-56 bus boycott in Montgomery, sparked by Rosa Parks’ courageous stand against discrimination on public transportation and led by Martin Luther King, Jr., was a seminal event in the movement. The violence-torn marches in Selma and the church bombings in Birmingham in which four little girls lost their lives were other key events. If there is a nerve center to the civil rights movement, this is the city.

Today the state has faced its past and proudly established numerous historic sites, monuments, and museums that honor the role of its African American citizens in their struggle for equality.

Alabama was home to sports greats like Hank Aaron and Joe Louis and musical legends Lionel Hampton and Nat “King” Cole—all are honored in Halls of Fame. Iron production in Sloss Furnaces is another reminder of the city’s past.

Alabama’s natural beauty stretches from the gentle Appalachian foothills of the north to the Gulf coast’s sandy shores in the south.

From the beaches of the Gulf Coast to the Appalachian foothills, Alabama’s 22 state parks reflect every facet of the state’s rich natural landscape.

Lake Guntersville State Park is a favorite destination for anglers, boaters, campers, hikers, and golfers. Birding enthusiasts flock here to observe fall and spring migrations and to glimpse the park’s population of nesting bald eagles. Features include 35 miles of foot trails, an 18-hole golf course, boat launches, a swimming beach, 322 campsites, 35 cabins and chalets and a rustic 100-room lodge set on the bluffs above the 66,000-acre lake.

Beauty, history, and adventure all come together in Alabama, a state rich in everything from world-class golf to white-sand beaches. It’s time to take a road trip to Alabama.