As red-rock meccas like Moab, Zion, and Arches become overrun with visitors, I have to wonder if Utah’s celebrated Mighty Five ad campaign worked too well—and who gets to decide when a destination is “at capacity” 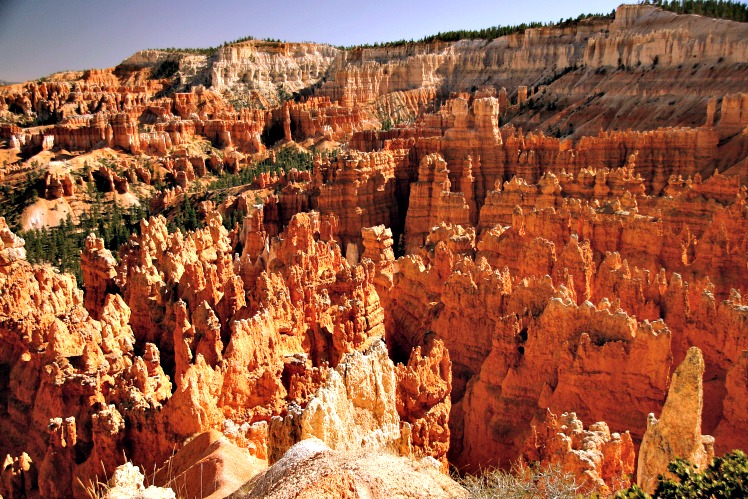 Utah had a problem. Shown a photo of Delicate Arch, people guessed it was in Arizona. Asked to describe states in two adjectives, they called Colorado green and mountainous but Utah brown and Mormon. It was 2012. Anyone who had poked around canyon country’s spires and red rocks knew it was the most spectacular place on the continent—maybe the world—so why did other states get the good rep?

The state tourism folks hired an ad firm called Struck. They created a rebrand labeled the Mighty Five, a multimedia campaign to extol the state’s national parks: Zion, Bryce Canyon, Capitol Reef, Canyonlands, and Arches. By 2013, a 20-story mash-up of red-rock icons towered as a billboard in Los Angeles. Delicate Arch bopped around London on the sides of taxicabs. The pinnacle was a 30-second commercial that was masterpiece. It was like they took natural features that have been there forever and parks that have been there for decades and putting it together with a new brand.

The Mighty Five campaign was a smash. The number of visitors to the five parks jumped 12 percent in 2014, 14 percent in 2015, and 20 percent in 2016, leaping from 6.3 million to over 10 million in just three years. The state coffers filled with sales taxes paid on hotels and rental cars and restaurants. The Struck agency brags that the state got a return on its investment of 338 to 1.

And then, on Memorial Day weekend of 2015, nearly 3,000 cars descended on Arches National Park for their dose of Wow. All 875 parking places were taken with scores more vehicles scattered in a haphazard unplanned way. The line to the entrance booth spilled back half a mile blocking Highway 191. The state highway patrol took the unprecedented step of closing it effectively shutting down the park. Hundreds of rebuffed visitors drove 30 miles to Canyonlands where they waited an hour in a two-mile line of cars.

Since then, Arches has been swamped often enough to shut its gate at least nine times including the most recent Labor Day weekend. Meanwhile, in Zion, hikers wait 90 minutes to board a shuttle and an additional two to four hours to climb the switchbacks of Angels Landing. There, visitors sometimes find outhouses shuttered with a sign that reads: “Due to extreme use, these toilets have reached capacity.”

Moab is the gateway to Arches where famous landmarks like Delicate Arch, Fiery Furnace, and the Windows are reached by a single dead-end road. More than any other town, it has borne the brunt of the tourism spike.

While the county population has grown in 30 years from roughly 6,500 to 9,500 and where there were a dozen or so small inns there’s been an enormous growth in lodging: there are now 36 hotels and 2,600 rooms, plus 600 overnight rentals, and 1,987 campsites. There’s no way to track how many people occupy each, but on a fully booked holiday that’s at least 15,000 people vastly outnumbering the locals. Traffic jams extend from tip to tail, and the two-mile drag down Main Street is a 30-minute morass.

Maybe we can think of the Utah Office of Tourism as Dr. Frankenstein and its Mighty Five campaign as the glorious creature run amok.

Of course neither the tourism folks nor the Mighty Five campaign can take full credit for these booming figures or for the onslaught of tourists. Other factors helped. In 2016, the Park Service celebrated its 100th birthday launching its own ad campaign; between 2013 and 2016, park visits jumped 21 percent nationwide. The past six years have seen a recovery from the recession, low fuel prices, and a continued reluctance by Americans to travel overseas. And social media creates its own viral marketing.

Southern Utah is a victim—or beneficiary—of the global phenomenon of overtourism that has wreaked havoc from Phuket to Venice and Machu Picchu. The rise in disposable income, the advent of discount airlines, and innovations like Airbnb and TripAdvisor made travel easier and cheaper.

I don’t want to just be a curmudgeon who mourns the passage of time and fights any change to the way things were. I will never be young again, I get that. But maybe, one way we tap into the eternal is to see how that which is not made by human hand will outlast us all, just as it preceded us.

A man can worship God among these great cathedrals as well as in any man-made church—this is Zion.