There is always a reason and a season to visit Julian 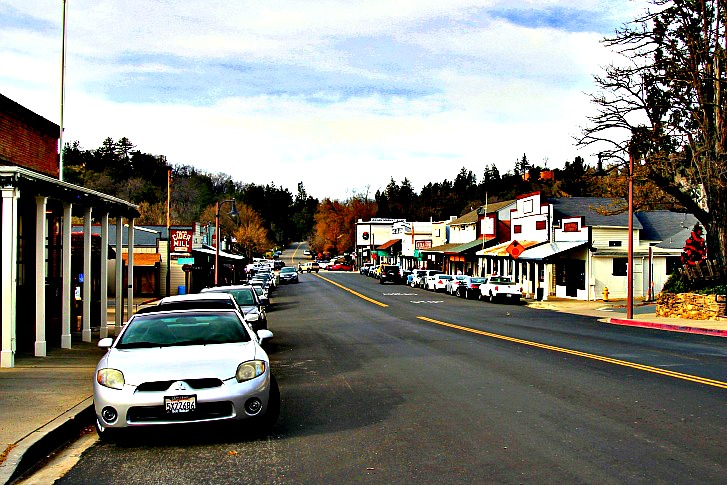 Julian is a small mountain community in Southern California located at the intersection of California highways 78 and 79, about 50 miles northeast of San Diego and 100 miles south of Palm Desert. This historic gold-mining town is nestled among oak and pine forests between the north end of the beautiful Cuyamaca mountains and the south slope of Volcan Mountain. Take a step back in time to the days of Julian’s beginning rooted in the 1870s gold rush and discover the charms of Julian.

The original mining-era buildings in Julian are now home to unique shops—but my interest lay elsewhere, in the gold mining history of this small town and the famous apple pies of the region.

Confederate veterans from Georgia headed West to seek their fortunes in a new, mostly unsettled land. Among these were cousins, Drue Bailey and Mike Julian, who found a lush meadow between the Volcan Mountains and the Cuyamacas to their liking. The town was named Julian, in honor of Mike, who later was elected San Diego County Assessor.

The town was never big, at the most it boasted a population of about 600. Rumor has it that Julian almost became the San Diego County seat.

A cattleman, Fred Coleman, found the first fleck of gold in a creek in early 1870. It was San Diego County’s first and only gold rush. The gold rush was short lived, near over in less than a decade. But the pioneers stayed and turned to the land for their livelihood. While many crops were planted and animals pastured, the rich land and mountain weather proved to be ideal for apples and orchards cropped up around the town.

Apples continue to be produced in Julian. Their sweet, fresh flavor lures thousands to the mountains each fall, when visitors will find fruit stands overflowing with crisp fruit, homemade cider, pies, and other delicacies.

At 4,235 feet, Julian’s high elevation provides clean air, blue skies, and four distinct seasons, unusual in sunny Southern California. The first cold spell of fall prompts a blanket of color as the trees prepare for a winter of gentle snowfalls. Sledding and snowball fun add to the season’s activities.

A year-round getaway, Julian has a wide variety of activities for visitors. Enjoy a cool summer evening riding down Main Street in a horse-drawn carriage or explore the many gems that dot Main Street.

Enjoy a tour, sample wines from the local wineries, visit the historical museums, ride a horse through serene meadows or hike to the top of Stonewall Mountain for a panoramic view that goes on for miles. Julian has something for everyone’s taste regardless of the season.

The entire township of Julian is a Designated Historical District. Its image as an early California frontier town with pioneer store fronts, historic sites and guided tours of Eagle and High Peak Mines accounts for much of its modern appeal.

Housed in the restored walls of the Treshil blacksmith shop, Julian Pioneer Museum offers artifacts from the Julian of yesteryear―wall to wall photos of local pioneers, examples of mining equipment, an old carriage, clothes, and household items. You’ll leave with a taste for what life was like when the town was established.

During our recent visit, we bought four pies, one each at Julian Pie Company, Mom’s Pies, Julian Cafe, and Apple Alley Bakery. It’s all for the sake of science; taste testing required to determine a favorite. And, that my friends, is the subject of another post.