At the heart of the Mother Lode, Jackson will be one of your favorite stops, one you will return to again and again 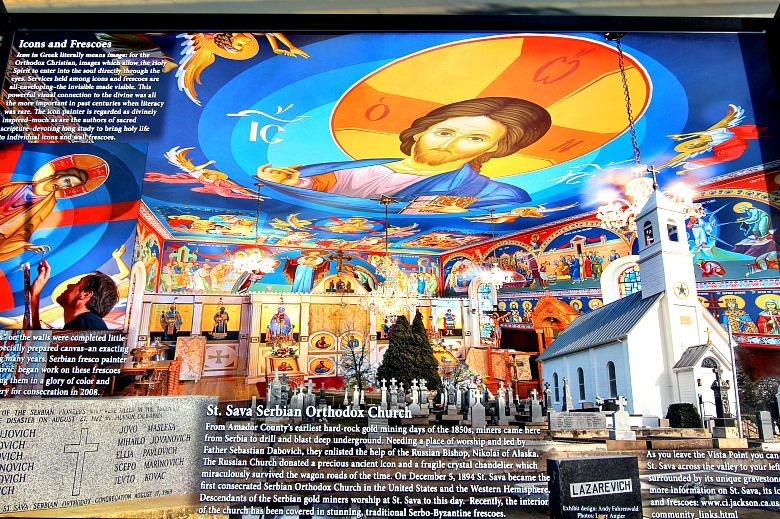 We remain optimistic about this year’s RV travel season despite its rough start due to the COVID-19 outbreak. We’re cautiously hoping that as this starts to pass, there’ll be enough cabin-fever to make people want to pack up the RV and head out on a road trip.

Stretching from El Dorado County south to Mariposa County, the Mother Lode is a continuous 120 mile long zone of hard rock gold deposits. Although most of the mining camps faded after the mines closed, tourism has brought some of them back to life.

Nestled between 1,200 and 1,600 feet elevation in the Sierra Nevada foothills in the “Heart of the Mother Lode” is the historic town of Jackson. The city that produced more than half the gold pulled from the Mother Lode, Jackson is home to the deepest mines on the continent, the Argonaut and the Kennedy both in excess of 5,000 feet deep.

The Argonaut operated until 1942, reaching a vertical depth of 5,570 feet via a sixty-three degree shaft and produced more than $25 million in gold.

The Kennedy has approximately 150 miles of underground tunnels, a great deal of surface equipment, which once included the famous Jackson Gate elevator wheels, and miles of flumes. The total production was $34,280,000. The Kennedy was closed in 1942 by order of the government while in full production.

The town originally bore the name Bottileas given by the Mexican and Chilean miners who were, as the story goes, impressed by the number of bottles dropped at a spring that served as a watering hole for passing miners. The site of the original well is memorialized with a bronze plaque behind the National Hotel at the foot of Main Street.

It wasn’t Bottileas for long. Sometime before the fall of ’49, Bottileas became Jackson’s Creek. Maybe it was named after New York native Alden Appolas Moore Jackson or Andrew Jackson.

The early gold rush camp turned city was, like so many other gold rush towns along California Highway 49, destroyed by a raging fire in 1862. The city was rebuilt with as many as forty-two of those Civil War era buildings still standing today on and around Jackson’s Historic Main Street.

Visitors can explore these historic buildings and artifacts among the many shops, restaurants, and lodging facilities that include the iconic National Hotel.

Two and one-half mile east of the historic district off State Route 88, the Jackson Rancheria RV Resort makes a great home base to explore the Heart of the Mother Lode.

In addition to wine tasting, Jackson is full of unique gift shops, antique shops, restaurants, museums, parks, and historical sites like the Kennedy Gold Mine and the former home of Armstead C. Brown. Constructed in 1854, this 15-room classic Greek Revival dwelling now houses the Amador County Museum. Exhibits feature a fascinating array of artifacts and items from the county’s early mining days.

These scenic “Civil War” era buildings have been well preserved and are a photographic opportunity as well as being an incredible wealth of historic information. The sidewalks on Main Street have many bronze plaques laid into them with historic references to buildings and activities of days gone by.
Jackson at the heart of the Mother Lode will be one of your favorite stops, one you will return to again and again.