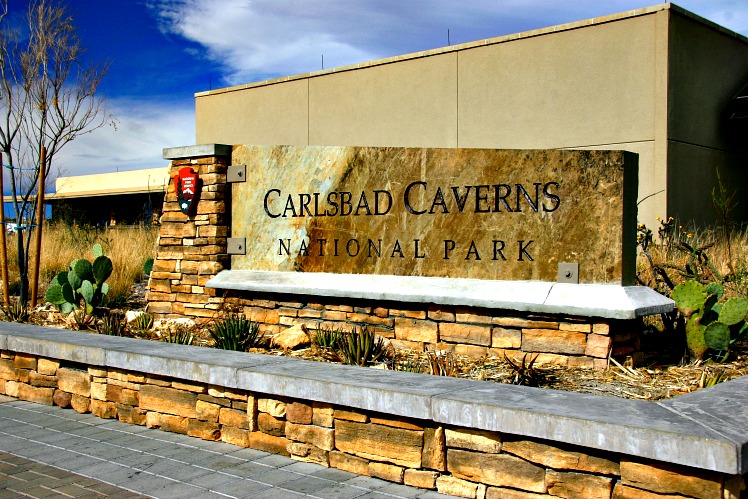 The Chihuahuan Desert, studded with spiky plants and lizards, offers little hint that what Will Rogers called the “Grand Canyon with a roof on it” waits underground. Yet, at this desert’s northern reaches, underneath the Guadalupe Mountains, lies one of the deepest, largest, and most ornate caverns ever found.

High ancient sea ledges, deep rocky canyons, flowering cactus, and desert wildlife are the treasures above the ground in the Chihuahuan Desert. Hidden beneath the surface are more than 119 limestone caves that are outstanding in the profusion, diversity, and beauty of their formations.

Most of the formations—or speleothems—found inside Carlsbad Cavern today were active and growing during the last ice age when instead of a desert above the cave, there were pine forests. Water molded this underworld four to six million years ago. Some 250 million years ago, the region lay underneath the inland arm of an ancient sea. Near the shore grew a limestone reef. By the time the sea withdrew, the reef stood hundreds of feet high, later to be buried under thousands of feet of soil.

Some 15 to 20 million years ago, the ground uplifted. Naturally occurring sulfuric acid seeped into cracks in the limestone, gradually enlarging them to form a honeycomb of chambers. Millions of years passed before the cave decoration began. Then, drop by drop, limestone-laden moisture created an extraordinary variety of formations—some six stories tall; others tiny and delicate.

Cave scientists have explored more than 30 miles of passageways of the main cavern of Carlsbad, and investigation continues. Visitors may tour three of these miles on a paved trail. Slaughter Canyon Cave provides the hardy an opportunity to play caver, albeit with a guide. The park has more than a hundred other caves open primarily to specialists.

One full day allows you time to tour the main cavern and take a nature walk or a drive before watching the bats fly at sunset. For a second day’s activity, reserve space on a tour of Slaughter Canyon Cave, if you’re ready for a more rugged caving experience.

At the Visitor Center, select either the Natural Entrance Tour or the Big Room Tour (both are 1.25-mile walks). Try the first unless you have walking, breathing, or heart problems. It starts at the natural entrance and is mostly downhill, except for one stretch where you climb 83 feet; an elevator whisks you back to ground level. The Natural Entrance Tour is more intimate and may be less crowded than the Big Room.

The cave climate is cool and averages about 56°F year-round. You may want to bring a light jacket or sweater. Comfortable, rubber-soled shoes with good traction are appropriate.

Some visitors think the park’s most spectacular sight is the one seen at the cave’s mouth. More than a quarter million Brazilian (Mexican) free-tailed bats summer in a section of the cave, and around sunset they spiral up from the entrance to hunt for insects.

The nightly exodus led to the discovery of the cave in modern times. Around the turn of the 20th century, miners began to excavate bat guano—a potent fertilizer—for shipment to the citrus groves of southern California. One of the guano miners, James Larkin White, became the first to explore and publicize the caverns beyond Bat Cave.

The main cavern gets crowded, especially in summer and on major holiday weekends. Either spring or fall, when the desert’s in bloom, is an excellent time to go. You’ll see the bats fly from April or mid-May through October.

The park is off US 62/180, 20 miles southwest of Carlsbad and 164 miles east of El Paso, Texas. For the visitor center, turn west at Whites City and drive seven miles.

The beauty, the weirdness, the grandeur … absolved my mind of all thoughts of a world above. I forgot time, place and distance.