When an ad campaign is too successful 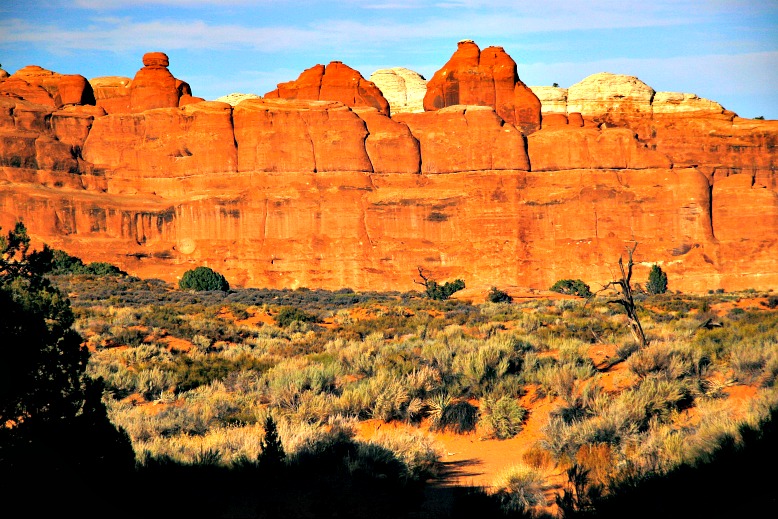 As red-rock meccas like Moab, Zion, and Arches become overrun with visitors, I have to wonder if Utah’s celebrated Mighty Five ad campaign worked too well—and who gets to decide when a destination is “at capacity”.

On the Memorial Day weekend of 2015, nearly 3,000 cars descended on Arches National Park for their dose of Wow. All 875 parking places were taken with scores more vehicles scattered in a haphazard unplanned way. The line to the entrance booth spilled back half a mile blocking Highway 191. The state highway patrol took the unprecedented step of closing it effectively shutting down the park. Hundreds of rebuffed visitors drove 30 miles to Canyonlands where they waited an hour in a two-mile line of cars.

Since then, Arches has been swamped often enough to shut its gate at least nine times including the most recent Labor Day weekend. Meanwhile, in Zion, hikers wait 90 minutes to board a shuttle and an additional two to four hours to climb the switchbacks of Angels Landing. There, visitors sometimes find outhouses shuttered with the following sign: “Due to extreme use, these toilets have reached capacity.”

When word trickled back in that the ads had worked too well, the Office of Tourism responded. In 2016, it tweaked the campaign, calling it the Road to Mighty and highlighting lesser-known state parks and Grand Staircase–Escalante National Monument. The strategy appeared to work. Visits to the Mighty Five flattened growing only 4 percent in 2017 and a little more than 1 percent in 2018 while the state parks saw double-digit jumps. Just as Road to Mighty hit the airwaves in January 2017 Bears Ears National Monument was created.

And in 2018, the Office of Tourism massaged the campaign again, calling it Between the Mighty and adding Bears Ears to its destinations. Many questioned if overcrowding could be addressed by sending tourists elsewhere. Comments like “They ruined the parks, and now they want to ruin the places in between” were not uncommon.

By 8:20 a.m. the Delicate Arch parking lot often reached capacity. This mob scene was nothing like the Mighty Five commercials.

With 4.5 million annual visitors, Zion is by far the most packed of the Utah parks (and was the fourth most visited U.S. national park in 2018). The horror stories about and the crowds are all true.

Twenty years ago, the park made the visionary decision to shut Zion Canyon to cars. Everyone leaves their cars at the visitor center, the campgrounds, or the town of Springdale and takes a shuttle to the trailheads for Angels Landing and the Narrows. So there are no traffic jams, no RVs circling for a space.

Better than any front-country park in the entire nation, Zion has realized Ed Abbey’s dream of carlessness: “You’ve got to get out of the goddamned contraption and walk,” he pleaded, “better yet crawl, on hands and knees, over the sandstone and through the thornbush and cactus.”

I don’t want to just be a curmudgeon who mourns the passage of time and fights any change to the way things were. I will never be young again, I get that. But maybe, one way we tap into the eternal is to see how that which is not made by human hand will outlast us all, just as it preceded us.

By doing just about nothing here in the wilderness beyond, the tourism folks appear to have done it right. As I looked around and found no trails, no rangers, nowhere to go other than this dirt lot, I wondered if this “park” might more accurately be called a scenic overlook or a campsite. Do humans need to change this landscape to make it more attractive, more fun?

With talk of “destination development” and “destination management,” civilization forges ahead, until one day this last remaining strip of wilderness will cease to be sacred—and will become a Brand.

I hope to God it fails.

From Zion God shines forth, perfect in beauty.