The Wild West comes alive in the Black Hills 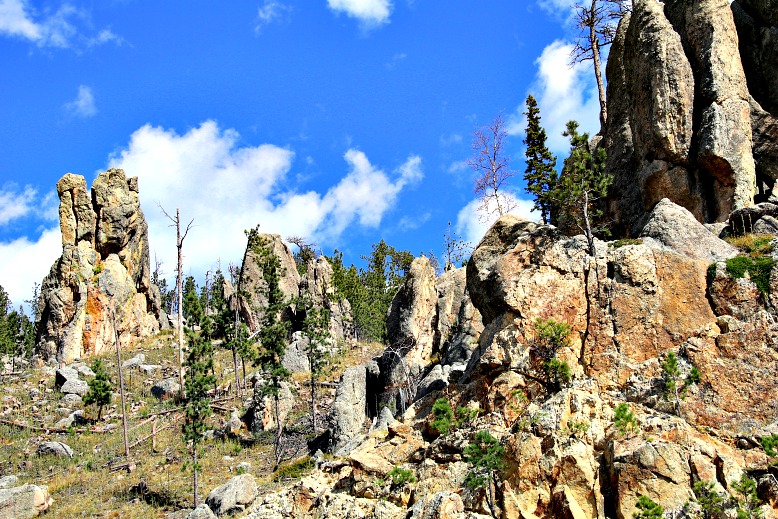 An isolated mountain range located in the western edge of South Dakota, the Black Hills is full of scenery, rich history, and tons of family fun. Nestled among the prairies of the upper-Midwest, you’ll find majestic granite spires, pine covered peaks, and unique rock outcroppings.

The region’s name—the “Black” comes from the dark ponderosa-pine-covered slopes—was conferred by the Lakota (Sioux) who named it Paha Sapa, which means “hills that are black”.

Lewis and Clark heard tales about the Black Hills from other traders and trappers, but it wasn’t until 1823 that Jedediah Smith and a group of about 15 traders actually traveled through them. While other adventuresome trappers also explored the Hills, most avoided the area because it was considered sacred by the Lakota.

They never welcomed the white man to their hunting grounds and as immigration increased there was a marked decline in American Indian-white relations. The Army established outposts nearby, but they seldom entered the Black Hills. Trouble escalated when bands of Lakota began to raid nearby settlements, then retreating to the Hills. In the 1868 Fort Laramie Treaty, they were assured that the Hills would be theirs for eternity, but the discovery of gold changed that only six years later.

The discovery of gold in the Black Hills brought the first white settlers and miners to the Dakota Territory in 1874. The hunt for riches gave birth to many of the modern day towns located in the area, including the Wild West towns of Deadwood and Keystone.

When miners moved into the area in 1876, they came across a gulch full of dead trees and a creek full of gold—and Deadwood was born. Practically overnight, the tiny gold camp boomed into a town that played by its own rules that attracted outlaws, gamblers, and gunslingers along with the gold seekers.

The famous and the infamous have called Deadwood and the Black Hills home over the last several centuries. Lewis and Clark, Wild Bill Hickok, Wyatt Earp, George Armstrong Custer, Poker Alice, the Sundance Kid, Calamity Jane, and many others have all passed through here in search of fortune and adventure.

Deadwood survived three major fires and numerous economic hardships, pushing it to the verge of becoming another Old West ghost town. But in 1989 limited-wage gambling was legalized and Deadwood was reborn.

An Old West town just a few miles from Mount Rushmore, Keystone is a Black Hills experience like no other. Keystone is one of the few places where you can actually visit an underground gold mine.  Originally named Gold Hill Lode when the mine was first tunneled in 1882, the Big Thunder Gold Mine is a very popular Keystone attraction. The mine offers tours and allows visitors to try their own hand at panning for gold.

Learn more about the history of this Gold Rush town with a free self-guided walking tour around Keystone. Or, climb on board the 1880s Train for a ride through the Black Hills; the rails take you on a two-hour tour through to Hill City and back.

Visit the Keystone Historical Museum to learn more about the past as well as about one of the town’s famous residents. Carrie Ingalls, sister of Laura Ingalls Wilder and featured in the Little House on the Prairie books, lived and died here.

My first years were spent living just as my forefathers had lived—roaming the green, rolling hills of what are now the states of South Dakota and Nebraska.