Fill up the tires, top off the tank, and pile in the RV for the best summer road trip of your life 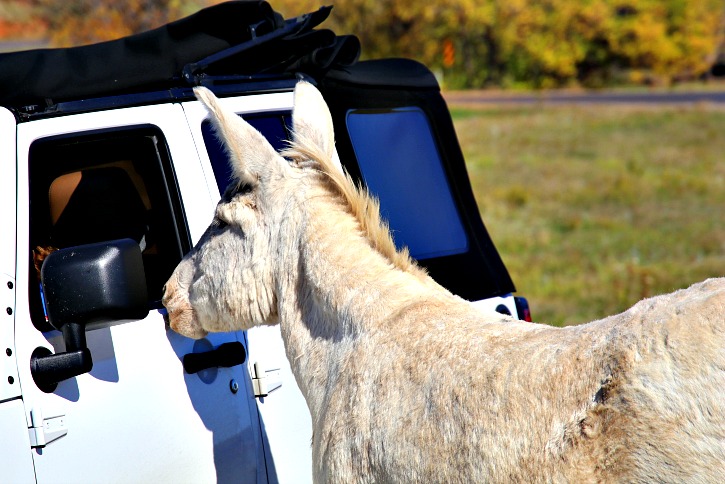 July is the birth month of Julius Caesar and that’s why the month was named after him. July is also the first month on the traditional calendar that isn’t named after a god or goddess of Roman or Greek origins, but is named after a real person.

With the Fourth of July this week, there is an extra emphasis on outdoor activities in the age of COVID-19—due to the open air as well as the ability to easily social distance. As such, a number of national and state parks around the country are open while others plan to do so just in time for the holiday. This is a very good social-distancing type of vacation. It’s just you and your family and your RV out there in the great outdoors.

There’s also a chance to catch North Dakota in a rare moment of warmth. Or just crash out on the beach. The sun is strong and temperatures soar far and wide—South Dakota, New Hampshire, even North Dakota, for god’s sake. Enjoy.

Road-trippers are too often guilty of blowing through South Dakota with a soda stop at Wall Drug and a quick gawk at Mount Rushmore, then back to I-90 and onward. Well, ease off the gas a bit. SoDak has a lot going on. The Black Hills would hold their own as a national park replete with winding scenic drives, deep forests (the “black” in Black Hills), sparkling lakes, world-class caverns, and the tallest mountain east of the Rockies. Even the farm-and-prairie country to the east, bisected by the Missouri River, is sprinkled with gems, particularly if you’re drawn to lakes and rivers.

New Hampshire is heavily forested and riddled with rocky crags and more than 1,300 lakes. The steep, rugged White Mountains are a collection of 4,000-foot peaks that dominate the northern portion of the state. Move south looking for mellower terrain and there’s barely enough time for those mountains to transition to hills before you’re at the coast which is almost as thrilling as the peaks on the other end of the state. The 18 miles of coastline are known for cold surf, rocky beaches, and jagged islands popping up from the Atlantic.

Step aboard the Cog Railway and climb to the Northeast’s highest summit, Mount Washington. The train travels the steepest railroad tracks in North America, passing through several climate zones before reaching the summit. With 93 state parks offering everything from surf breaks to mountain peaks, New Hampshire is a state built for adventure.

For wildlife spotting opportunities away from the crowds head west to the littler-known Theodore Roosevelt National Park which sees just 749,000 annual visitors. Twenty-nine American bison were reintroduced here in 1956 with herd numbers today totaling several hundred between the park’s north and south units. For the best chance of seeing bison, make your way around the Scenic Loop Drive in the south unit but be sure to maintain a respectable distance from the massive creatures. Fortunately, bison prefer to graze the nutritious grasslands surrounding prairie dog communities, and thus, you may spot both species.

Beyond the park’s critters, there is an abundance of scenic views and impressive rock formations to enjoy. Visiting at sunrise or sunset is an ideal time to appreciate the multitude of colors emanating from bands of minerals in the rugged rock face.

There are few better places to be for the Fourth of July than Boston, the birthplace of the American Revolution. This richly historic, seafront state capital come alive with celebrations. Packed with museums and galleries, Boston was once hailed the Athens of America. Bostonians are proud of their food culture with classics like clam chowder and lobster rolls.

Everyone loves a two-for-one, especially when it comes to national parks. As Yosemite’s southern neighbors, Sequoia and Kings Canyon National Parks are often overlooked. Although Sequoia and Kings Canyon’s natural beauty rival its northerly neighbor, it only received 1.2 million visitors in 2018 compared to Yosemite’s four million. But as the famed naturalist John Muir once penned, “…southward of the famous Yosemite Valley, there is a grander valley of the same kind.” And we have to agree.

It’s a sure sign of summer if the chair gets up when you do.”