Before Mount St. Helens blew its top it was a beautifully symmetric rounded snow-capped mountain that stood between two jagged peaks, Mt. Hood and Mt. Adams 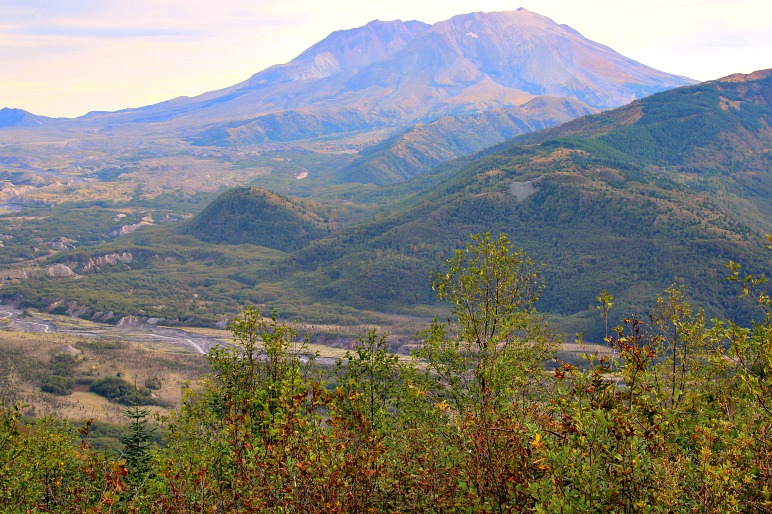 Mount St. Helens, located in southwestern Washington, is one of several lofty volcanic peaks that dominate the Cascade Range of the Pacific Northwest; the range extends from Mount Garibaldi in British Columbia to Lassen Peak in northern California. Geologists call Mount St. Helens a composite volcano (or stratovolcano), a term for steepsided, often symmetrical cones constructed of alternating layers of lava flows, ash, and other volcanic debris.

Forty years ago, Mount St. Helens erupted, killing 57 people and leveling the surrounding region. At 8:32 a.m. that fateful day, a 5.1 earthquake rattled the volcano, triggering an explosion of fluid. The north face of the volcano collapsed altogether. The eruption of Mount St. Helens caused the largest landslide in recorded history sweeping through the Toutle River Valley and removing 1,306 feet from the top of the volcano.

The powerful lava flow, savage winds, and deadly heat destroyed much of the previous landscape. What the mountain left behind is the history of a violent eruption that shook the surrounding region and left many with stories of that tumultuous day on May 18, 1980.

Four visitor centers tell the story of the mountain and the people living in the region surrounding it. The awesome views from each of the centers bring you face to face with a monumental natural event.

People remember the thick, dark plumes of clouds that day, the choking ash and lightning bolts that catapulted across the skies. That terrifying, apocalyptic scene is forever seared in the memory of so many.

Since that natural disaster, scientists have made considerable progress in tracking volcanic activity, but more still needs to be done. Seismologist and former University of Washington professor Dr. Steve Malone was one of many experts who had been tracking warning signs of the eventual eruption for months in advance. He said there’s a real threat for another eruption in the decades ahead.

While he says Mount St. Helens is the most likely to erupt next, Mt. Rainier is considered the most dangerous volcano of the Cascades, largely because it’s surrounded by communities that are heavily populated.

“The one we think is sort of the most frightening in many respects are what are called lahars or volcanic mudflows, that can travel down valleys and be totally devastating to anything within that valley,” Malone said.

While scientists can’t predict volcanic explosions with any precision, there can be warning signs up to a week in advance of an eruption.

“I think Mount St. Helens triggered that awareness, that says ‘hey, we really need to pay more attention to these’ and there’s not just Mount St. Helens, but the other cascade volcanoes as well,” Malone said.

Seismologists say scientists will likely never be able to predict future volcanic eruptions with a great level of accuracy and precision, better monitoring stations on the volcanoes can help. While there’s an adequate number of volcano monitoring stations at Mount St. Helens and Mt. Rainier, more are needed on other Washington volcanoes like Glacier Peak.

The director of the Pacific Northwest Seismic Network (PNSN) says we cannot forget the message that Mount St. Helens communicated all those years ago. The mountains are beautiful, but they also have the potential to create these hazardous eruptions.

Congress has authorized $55 million to better track volcanoes across the country, but they have yet to invest that money. Even still, the PNSN says it’s working on plans to implement those monitoring devices for once those funds are appropriated and any permits have been granted.

Each volcano is an independent machine—nay, each vent and monticule is for the time being engaged in its own peculiar business, cooking as it were its special dish, which in due time is to be separately served.