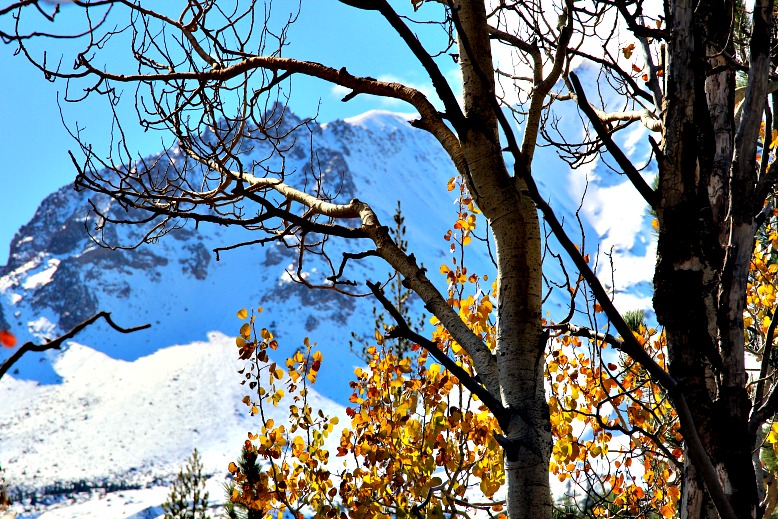 California is, hands down, one of the best places for a road trip. It’s the third largest state in the US and its 164,000 square miles are packed with glorious, varied terrain highlighted by 66 scenic byways. Rocky desert landscapes give way to rolling farmlands, and two-lane highways carve through quiet groves of towering sequoias before climbing into the high, rugged peaks of the 352 mountain ranges.

With all that, it’s no wonder you simply cannot get to know the Golden State unless you hit the road. We’ve gathered together three essential California road trips to get you started. Due to changing advisories, please check local travel guidelines before visiting.

Lassen Volcanic National Park and the area around form one of the more beautiful parts of California especially if you’re a mountain junkie who loves craggy peaks and volcanic rock. But it’s one that even locals often miss, partly because of its distance from major population centers. But those who make the trek should plan for a minimum of three days with plenty of day hikes and geologic curiosities—this is, after all, volcano country.

Starting in Redding, a bustling city on the Sacramento River, travel north on 1-5 to Shasta Lake, the largest reservoir in California. Continue north on I-5, passing through the Shasta-Trinity National Forest and maybe stopping to take in the ragged spires at Castle Crags State Park before reaching Mount Shasta where you can stop to stroll through town or hike in the mountain’s foothills.

Then, escape from the interstate and head south on Highway 89. This section of the highway is actually part of the 500-mile Volcanic Legacy Scenic Byway which travels from Oregon in the north down to Lassen along the Cascade Mountain Range. Take some time to hike McArthur-Burney Falls Memorial State Park and see the 129-foot-tall waterfall that shares a name with the park. Or kayak and paddleboard on serene Lake Almanor. Finish your trip with a day, or two, wandering through Lassen Volcanic National Park which is filled with mud pots, geysers, lava fields, shield and cinder cone volcanoes, mountain lakes, and even a few green meadows where you’ll find wildflowers in the spring.

Follow in the footsteps of miners and prospectors through California’s Gold Country along Highway 49—a road named after the gold seekers or “49ers” who made their way to the state during the 1849 Gold Rush. Plan for five days to provide time to strike it rich panning for gold in the region’s rivers. You’ll want to spend time exploring the rocky meadows and pine-covered foothills of the Sierra Nevada too.

Start off with a history lesson at the California State Mining and Mineral Museum in Mariposa, just north of Oakhurst. As you drive north along the route, you’ll pass a number of Gold Rush–era buildings and towns. In Coulterville, Hotel Jeffery, first built in 1851, is known for paranormal activities and claims John Muir and Theodore Roosevelt as past visitors. Jamestown’s Railtown 1897 Historic State Park gives a glimpse of what transportation was like in the late 1800s and Columbia State Historic Park and the town of Jackson are both well-preserved mining towns.

Highway 49 passes over the South Fork of the American River near Placerville which is a popular place for river rafting. A little farther north here, in Coloma, you can actually try your own luck with a gold pan at Sutter’s Mill in Marshall Gold Discovery State Historic Park. Continue up through Auburn State Recreation Area where the north and middle forks of the American River meet stopping in Auburn’s Old Town and later Nevada City for Victorian-era homes and a little more historic charm.

From there Highway 49 heads northeast through Tahoe National Forest but there’s more mining history to see before you end in Vinton. Be sure to stop at Empire Mine in Grass Valley, one of the oldest, largest, deepest, longest, and richest gold mines in California.

Plenty of travelers make the trip from Los Angeles to Joshua Tree National Park to marvel at its spiky namesake trees. But many think of Joshua Tree as a destination and miss out on all the beautiful and sometimes quirky things the deserts of Southern California have to offer along the way. In fact, you should really spend a full week exploring the rock formations, wildflower meadows, art installations, and architectural hot spots of this region.

Starting in San Diego, point your vehicle northeast on Highway 163 to Highway 78 heading toward Julian, a year-round getaway for the day, a weekend, or longer. Julian is also well-known for its famous homemade apple pie served year-round. Born during the 1870s gold rush, Julian is a small town cradled in the mountains, surrounded by apple orchards.

Continue east to Anza-Borrego Desert State Park, famous for its wildflower super blooms in the springtime. But even when the flowers aren’t blooming, the landscape is striking, with its badlands, slot canyons, and cactus forests. Near the park entrance, keep an eye out for the 130-foot prehistoric animal sculptures created by Ricardo Breceda.

Once you’ve explored the park, you can either head north on Highway 79 and cut through Anza en route to Palm Desert—the drive through wooded Santa Rosa and San Jacinto Mountains National Monument is a nice break from the desert sun—or continue on Palm Canyon Drive toward the Salton Sea.

The Salton Sea is fascinating: It’s one of the world’s largest inland seas and is rapidly drying up. Skirt the southside of the body of water then make your way toward Slab City, an abandoned Navy base that’s become an off-grid living community and the massive, hand-built and brightly painted art piece Salvation Mountain just outside.

From Slab City, take Highway 111 north to Palm Springs, an oasis of midcentury modern architecture that’s home to plenty of pools that provide respite from the heat. From Palm Springs, follow Highway 62 to Yucca Valley and Pioneer Town for a drink or a meal or maybe a concert at the famous saloon Pappy and Harriet’s. Joshua Tree has long attracted artists and bohemian types, so while there’s plenty of natural scenery to enjoy such as Jumbo Rocks or Skull Rock.