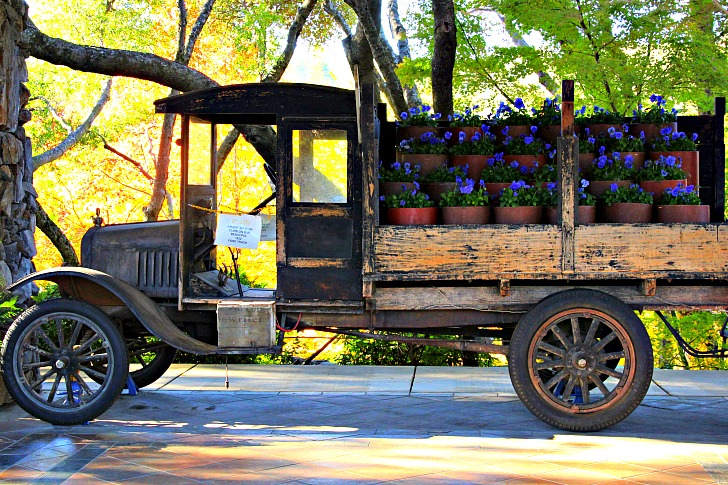 Road trips have never been more appealing, offering the liberating feeling of open space while keeping us far from crowds. Once you’ve checked Scenic Highway 1 off your bucket list, there are plenty of other intriguing ways to traverse the Golden State.

Below, we’ll dive deep into a less-traveled route as it passes a weird lake, skirts a national park, offers quirky mementos of state history, and introduces you to Gold Rush lore. Remember to travel with caution, follow good health practices, and behave responsibly when outdoors or around other people. Also, get the latest information about your destination before proceeding. Check for fire restrictions and other closures. We know how quickly things can change.

Julian is a small mountain community in Southern California located at the intersection of California highways 78 and 79. This historic gold-mining town is nestled among oak and pine forests between the north end of the Cuyamaca mountains and the south slope of Volcan Mountain. Take a step back in time to the days of Julian’s beginning rooted in the 1870s gold rush and discover the charms of Julian. You’ll enjoy visiting Julian for its laid-back charm, historical buildings, beautiful surroundings, and the delicious apple pies.

A big part of any road trip is stumbling upon bizarre roadside attractions—and there are plenty to experience in the California desert. Just outside Borrego Springs and near the boundary of Anza-Borrego Desert State Park, sculptor Ricardo Breceda assembled roughly 130 gigantic scrap-metal sculptures of animals, including dinosaurs, and a saber-toothed cat. These fanciful creatures seem to march across the scruffy flats.

Drive from El Centro to the Salton Sea, which was created after a Colorado River dam overflowed in 1905. Today, the Salton Sea is one of the world’s largest inland seas, lying at 227 feet below sea level and measuring 45 miles long.

One of the most unique parks in the country’s public lands treasure trove, Joshua Tree is named after its unusual, alien-esque trees, which are actually a member of the agave family.

Here, you’ll find the Tuolumne County Museum in a former jailhouse. You could detour north to Columbia State Historic Park, which is a preserved town from the Gold Rush days. Then you’ll head north on Highway 49, named for the 1849 Gold Rush that turned San Francisco from a town into a major city—and that forever changed the state of California.

Just beyond Sonora up Highway 49 is Angels Camp, where—if you happen to be there in May—you might catch a frog-jumping event in honor of Mark Twain’s first short story, “The Celebrated Jumping Frog of Calaveras County.” The story, which won Twain literary acclaim is based on a story he heard in an Angels Camp bar when he lived there hoping to find gold.

In Placerville, tour a gold mine that dates to 1888. Further on, Grass Valley has its own historic gold mine, Empire Mine, and the North Star Mining Museum. If you’re there in March, you can watch the St. Piran’s Day events, which commemorate the miners from Cornwall who settled here over 150 years ago.

After you’ve struck it rich panning for gold, do you really need anything else? Well, head a bit further on to be wowed by the geysers, lava rocks, and forested alpine peaks of Lassen National Park. It’s the ultimate reward after an unusual drive up the little-known roads of this well-known state.

The journey and not the destination is the joy of RVing.