Are you looking for a special bucket list destination? An inspiration for an once-in-a-lifetime trip? 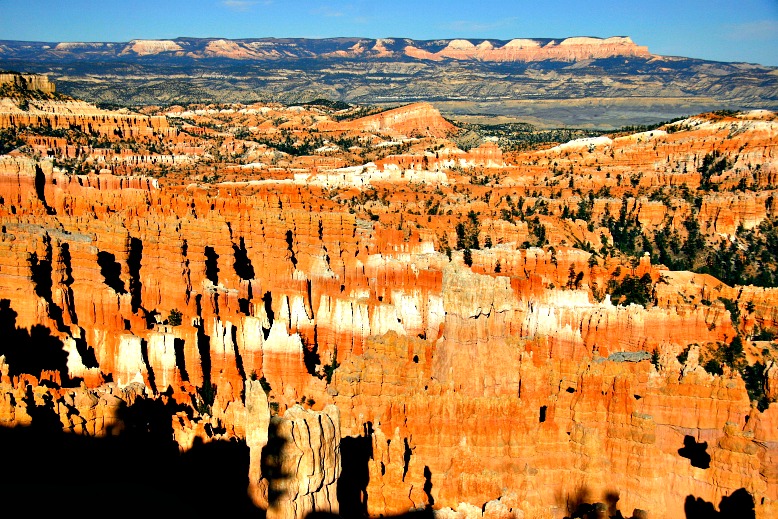 This is part of an ongoing series. In the original feature, I posed the question, Why Do You Travel? Many of us, I suggest, travel for the wrong reasons, putting the ‘where’ ahead of the ‘why’. We have a perfect opportunity to change all that with a new travel paradigm.

In a follow-up article, Why NOW is the Best Time to Plan Your Travel Bucket List, I explain why you should sit down and map out a multi-year travel plan to make sure you get to see and do all the things that are most important to you.

In today’s article, I present a Once in a Lifetime experiences and destinations for you to consider. Obviously everyone’s dream list will be different and whatever it is that you feel you really want or need to do should be at the top of your list.

The sheer number of choices in the National Park Service is so staggering it can be hard to pick where to go and it only gets more confusing when you add notable state and Native American park options. While there are “only” 62 places with the actual title National Park, the inventory of National Park Service sites is well over 400 including National Historic Sites, National Monuments, National Seashores, and National Recreation Areas. Often there is not much practical difference. Standouts such as Mount Rushmore National Memorial, Organ Pipe National Monument, and Cumberland Island National Seashore are not “national parks” but might as well be.

So where to go? I can only speak from experience but having been to many of the most famous and most visited National Parks including the Grand Canyon, Zion, Great Smoky Mountains, and Sequoia as well as more far flung and varied National Parks from South Carolina to Washington State, I can say that to me, no area of the country has as uniquely beautiful and unusual natural wonder as the red rock canyon country of Southern Utah.

But it’s not just a matter of what I consider to be the best-looking nature this region also has a concentration of significant sites that is simply unrivalled anyplace else. Spend a week and you scratch the surface, spend two and you still have to make hard choices. In the span of one road trip you can visit five different mind-blowing National Parks, any of which might be the most amazing scenery and ruins you have ever seen plus several other equally impressive National Park Service sites and state parks.

If that’s not enough, world famous Monument Valley, a Navajo Nation Park, sits on the Utah/Arizona border in close proximity to the others.

Where? Having driven across America numerous times and after visiting many very different National Parks Service sites, my personal favorite is Arches whose Delicate Arch is one of the most iconic and oft photographed natural wonders of the world—but Arches so much more. Arches as an absolute can’t miss!

But as amazing as Arches is, it is relatively small by Southwestern National Parks standards while that is certainly not the case for immense Canyonlands located right next door. Both are very easily accessed from Moab, the world’s most famous mountain biking destination and longtime hub of outdoor activities from river rafting to off-road jeep tours and rock climbing. You could spend several weeks and not run out of things to see and do and places to go.

Continue to the corner of southwestern Utah and you have another huge critical mass of staggering natural beauty in the form of Zion and Bryce Canyon national parks plus Cedar Breaks National Monument, Snow Canyon State Park, Coral Pink Sand Dunes State Park, and Kodachrome Basin State Park. The names kind of give these away.

In this corner of the state, the biggest town is St. George which has a surprising array of standout golf courses, a bit of a hidden gem for golf fans.

Nothing can exceed the wonderful beauty of Zion…

There is an eloquence to their forms which stirs the imagination with a singular power and kindles in the mind a glowing response.