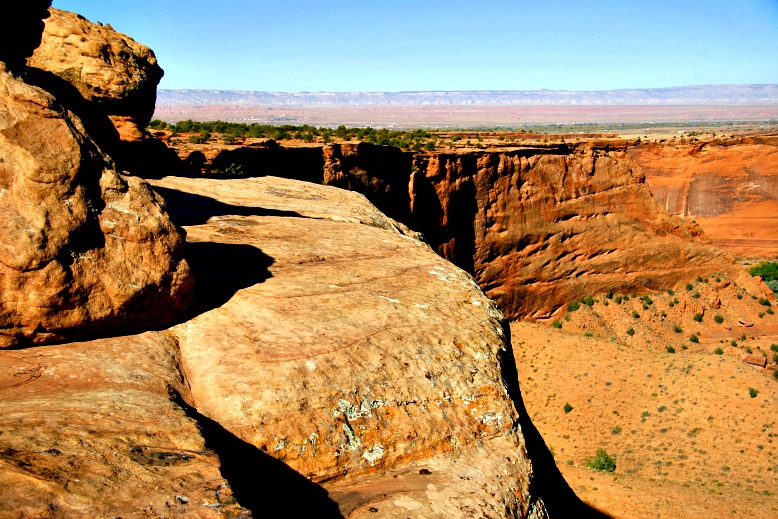 Over millions of years, factors such as weather, erosion, volcanic ash, and cooling molten rock created incredible rock formations and geological wonders across the U.S. While the spectacular geological formations in Arizona’s Grand Canyon, California’s Joshua Tree, or Utah’s Bryce Canyon are some of the best known, they also can be overrun with visitors. Here are four remarkable, underrated geological formations that are worth checking out.

Remember to travel with caution, follow good health practices, and behave responsibly when outdoors or around other people. Before you go, check the park’s official website for park alerts. As always, be safe, have fun, and enjoy!

Yellowstone National Park’s spewing geysers and steaming hot springs get all the attention—and about 4.4 million annual visitors. Lassen Volcanic National Park, approximately 150 miles north of Sacramento in the Cascades, offers similarly spectacular sights and only about a half-million yearly visitors. Volcanic activity still abounds here—around 100 years ago, the park’s signature volcano, Lassen Peak, erupted for three years. It was the most powerful series of blasts in the Cascades until Mount St. Helens’ 1980 eruption. Lassen Peak is only one of about 30 volcanoes in the park.

When you arrive at the park, you’ll probably smell before you see the first hydrothermal feature you’ll pass—the bubbling mud pots of Sulphur Works give off an unappealing odor like rotten eggs but are fascinating to watch. Be sure to see the park’s largest hydrothermal area via the Bumpass Hell Trail, a 1.5-mile trek across a meandering boardwalk. You’ll pass over thumping mud pots, bubbling turquoise pools, and roaring steam vents—including the park’s largest, Big Boiler.

Once you’ve had your fill of hydrothermal activity, check out the park’s many beautiful frigid lakes, waterfalls, and flowering meadows. The park is open year-round, but due to its 8,000-foot elevation, snowpack limits access to some areas during the winter and spring months.

Utah is home to five of the nation’s most popular national parks: Bryce Canyon, Arches, Canyonlands, Zion, and Capitol Reef. If you want to avoid the crowds you typically encounter at the “Mighty Five” but still see impressive geological formations, head to Natural Bridges National Monument. Known for its three natural rock bridges formed by water (instead of the wind erosion of arches), it’s also a fantastic place to gaze at the night sky—the monument became the first certified International Dark Sky Park in 2007.

Located in Utah’s southeast corner, Natural Bridges National Monument receives only about 88,000 annual visitors. In comparison, Canyonlands and Zion see about 734,000 and 4.5 million, respectively. Sipapu Bridge, the monument’s largest, has an impressive 268-foot span and a height of 220 feet. The monument’s second-largest bridge, Kachina, was named for the petroglyphs and pictographs that adorn the base. Owachomo Bridge, while the smallest, is the most accessible, requiring only an easy half-mile round-trip hike to see it.

Unlike the tan-shaded dunes in Colorado’s Great Sand Dunes National Park, the dunes in White Sands National Park are, unsurprisingly, white. However, calling them white is doing them an injustice as these majestic dunes are made of gypsum that glitters in the sun creating a breathtaking, sparkling wonder.

Shaped like giant waves, the dunes in the park are part of the world’s largest gypsum dune field. What makes this special is that gypsum usually dissolves upon contact with water so it doesn’t stick around long enough to form huge mounds. Here, however, the arid climate and lack of rainfall of the surrounding Chihuahuan Desert prevent the gypsum from dissolving. The area was once part of the Permian Sea where an ancient lake evaporated and left the gypsum deposits behind.

Tucked away in southern New Mexico’s Tularosa Basin, the park offers plenty to do. If you just want to see the dunes without getting dusty you can drive the eight-mile-long Dunes Drive. But the best way to explore is by hiking, horseback, or biking—and don’t miss out on the thrill of sledding down the soft white sand (you can bring your own plastic snow saucers or buy them at the gift shop).

In a state filled with rock formations, canyons, and awe-inspiring natural features, Canyon de Chelly is a lesser-known but uniquely historical canyon located in the northeastern corner of Arizona. While the Grand Canyon is the grandest of all canyons and Mesa Verde is known for its iconic ruins within epic canyons, Canyon de Chelly has a very similar history with equally as beautiful landscapes and fewer tourists. Although Canyon de Chelly is a National Monument, it is under the jurisdiction of the Navajo Nation instead of the National Park Service. Because this monument is still inhabited by Native Americans today, the regulations within the monument are a lot stricter, making access to the park more exclusive but not difficult with some advanced planning.

The easiest way to see Canyon de Chelly National Monument in its entirety is from the ten overlooks along its rim. The canyon is surrounded by Canyon de Chelly Highway, a 130-mile, partially paved loop that is completely bikeable but not recommended for most vehicles on the unpaved stretches. You can drive between these overlooks along the North and South rim drives.

At the time of writing all Navajo Nation Tribal Parks were closed until further notice.

Time, geologic time, looks out at us from the rocks as from no other objects in the landscape.