These state parks are national treasures 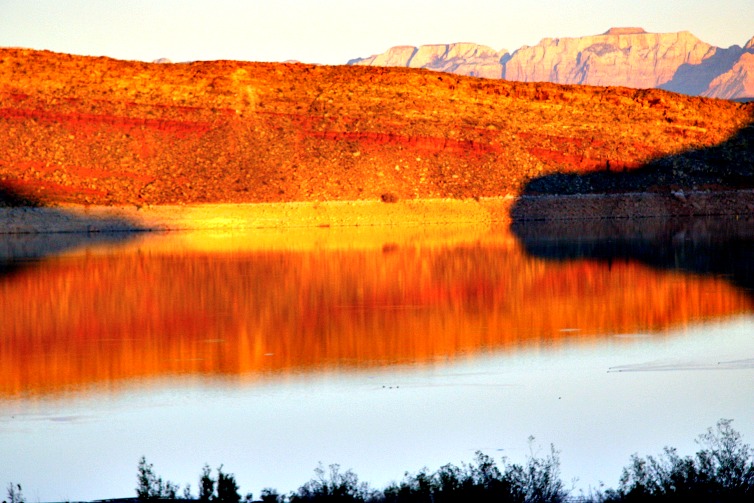 Perhaps no state is more synonymous with national parks than Utah: Arches, Zion, Bryce Canyon, Capitol Reef, Canyonlands. Utah’s world-famous “big five” national parks are some of the most popular in America attracting more than 10 million visitors in 2019. That doesn’t leave a ton of space for social distancing.

Those five national parks managed to bring in more crowds than all of Utah’s 44 state parks combined with many state parks seeing annual visitation roughly equivalent to a busy summer weekend at Zion or Bryce Canyon.

But here’s a little secret: Many of those state parks hold their own against the grandeur of the Big Five, usually with a fraction of fellow humans crowding the trails and vistas. With many national parks currently limiting capacity, now’s the ideal time to point your GPS toward one of Utah’s 5 coolest, and less visited, state parks.

If the mind-blowing landscapes of this Grand Canyon-styled park look familiar, it’s probably because the final scene of Thelma & Louise was filmed here. But you don’t need to launch your car off a cliff to appreciate the views: there are plenty of vista points to gaze upon the color-packed vertical cliffs and rugged canyons rising 2,000 feet above the Colorado River with sweeping views extending into nearby Canyonlands National Park.

In addition to mountain biking 17 miles of expert single-track along the Intrepid Trail or peering out over the edge hiking the East Rim and West Rim trails, you can also camp in an RV, tent, or even a yurt. Water is NOT available.

Kayenta Campground offers 21 campsites with RV electrical hookups (20/30/50 amp). New in 2018, the Wingate Campground sits atop the mesa with far reaching views to the area’s mountain ranges and deep canyons. This campground contains 31 campsites, 20 of which have electrical hookups that support RV or tent campers. RV sites will accommodate vehicles up to 56 feet.

With its warm, blue waters and red sandstone landscape, one of Utah’s newer state parks is also one of its most popular. Boat, fish, and dive at Sand Hollow Reservoir, explore and ride the dunes of Sand Mountain on an off-highway vehicle, RV or tent camp in a campground on the beach.

This popular park about 30 minutes east of St. George is like a “best of” for Utah’s state park system all rolled into one. Boating and fishing on its warm blue waters is the most popular activity in the warmer months but visitors can also go off-roading amidst wild red sandstone dunes in the park’s Sand Mountain area.

Camp along the shores of Wide Hollow Reservoir, or rent a canoe, kayak, or paddle board on its clear waters. Hike along park nature trails through a petrified forest but remember to take only photos.

Bordering the massive Delaware-sized Grand Staircase Escalante National Monument in southern Utah, this rarely visited jewel on Scenic Byway 12—only 64,000 people visit annually—allows you to peep fossilized dinosaur bones before trekking through an ancient petrified forest. Anglers can also test the bluegill and rainbow trout-stocked waters of the laid-back Wide Hollow Reservoir where canoeing and kayaking are also excellent and solitary endeavors.

Boasting some of the warmest waters in the state and a mild winter climate, Quail Creek lures boaters and anglers year-round. Camp. Hike. Explore.

The maximum depth of Quail Creek can reach 120 feet so it is cold enough to sustain the stocked rainbow trout, bullhead catfish, and crappie. Largemouth bass which is also stocked and bluegill thrive in the warmer, upper layers of the reservoir.

Other spectacular state parks on our bucket list include Snow Canyon, Kodachrome Basin, Coral Pink Sands, Goblin Valley, and Goosenecks. And I would be remiss not to mention spectacular Natural Bridges National Monument which attracted a mere 88,000 recreational visitors in 2019.