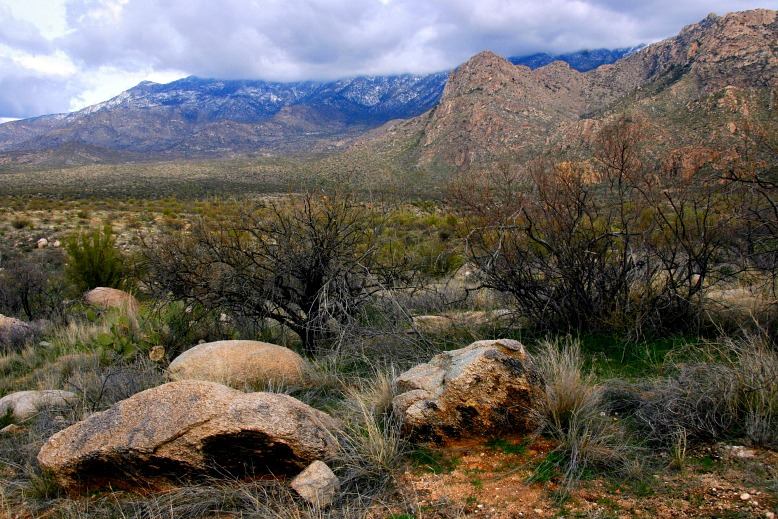 This Thanksgiving, be grateful not just for the four-day weekend, but how it allows plenty of time to see Arizona at its best—winter to the north, t-shirt weather to the south.

The state’s scenic variety shines through as fall edges toward winter. Even as snow blankets the high country, the desert sun continues to warm snowbirds who bask in it on desert hikes.

The long Thanksgiving weekend provides the perfect opportunity to spend a day or two on the road, seeing areas that have perhaps escaped your view. Here are some suggestions to get you on your way.

This up-and-coming town in southeastern Arizona is attracting visitors who come for its wineries and tasting rooms, but you’re here to hike in Chiricahua National Monument and see the sandhill cranes. The majestic birds winter in the Sulphur Springs area, and Willcox is the perfect hub. Thousands of cranes roost in Whitewater Draw Wildlife Area, a shallow lake that is a flurry activity at sunup and sundown, when birds depart and return in a swirling cloud of feathers.

Head south on Interstate 19 to Tumacacori National Historical Park, where a stately though incomplete mission stands as a reminder of the Spanish Franciscans who settled in the area two centuries ago. After soaking in the history, head 3½ miles back north for lunch in Tubac, a charming arts colony. Stroll among dozens of galleries and studios where you’ll find pottery, jewelry, paintings, and works in all sorts of media.

See just how lush the desert can be at this oasis of more than 3,000 types of Sonoran Desert vegetation. At 392 acres, Boyce Thompson is Arizona’s largest and oldest botanical garden founded in the 1920s. There are 3 miles of trails and the most popular is the 1.5-mile main loop that offers a perfect overview.

You’ve lost count how many times you’ve whipped past the off ramp for Montezuma Castle as you head north on Interstate 17. But go ahead, angle right at Exit 289 and be rewarded with a look at a work of ingenuity and architectural design, circa 1200. The ancient dwellers carved a 40- to 50-room pueblo into the cliff and lived there for 400 years. Visitors in the early 20th century scaled ladders and explored the rooms, but ruins are off limits today. No matter, because the view from below is stunning.

Among the dozens of Instagram-worthy sites around Sedona, this is one of the best. Its official name is Crescent Moon Picnic Site but it’s commonly called Red Rock Crossing. Cathedral Rock soars in the distance, its two towers book-ending a slender spire offering the perfect backdrop to Oak Creek, which flows along rocks worn smooth by water and wind. It’s also said to be home to a powerful spiritual vortex. For something more palpable, pack a lunch and dine in one of Arizona’s prettiest places.

For a few years, Bisbee was the “it” destination, named Arizona’s prettiest small town by a number of travel sites. That level of attention may have dwindled, but the former mining town is as beautiful as ever. A stroll down Main Street reveals buildings that look much as they did a hundred years ago, now occupied by restaurants and boutiques rather than miners and speculators. If you head 3 miles south to Lowell, you’ll find a strip of former service stations and garages repurposed as stores and restaurants.

Park the car and enjoy the kind of afternoon once experienced by cowboys, miners, and ranchers looking to blow off some steam around the turn of the 20th century. While the bars aren’t nearly as numerous as they once were, you can still duck inside one of Whiskey Row’s three saloons (Bird Cage, the Palace Saloon, or Matt’s) and revel in the history. Special treat: Just across the street, Courthouse Plaza will be decked out for the holidays one of the reasons Prescott is the Arizona’s Christmas City.

To experience the magic of the giant saguaro cacti up-close, look no further than Catalina State Park near Tucson. There are easy nature trails here and also longer and more challenging trails for experienced hikers. The park spans 5,500 acres of foothills, streams, and canyons and is home to over 150 species of birds. RV camping is available.