Like a mirage, dazzling white sand dunes shift and settle over the Chihuahuan Desert, covering 275 square miles—the largest gypsum dunefield in the world 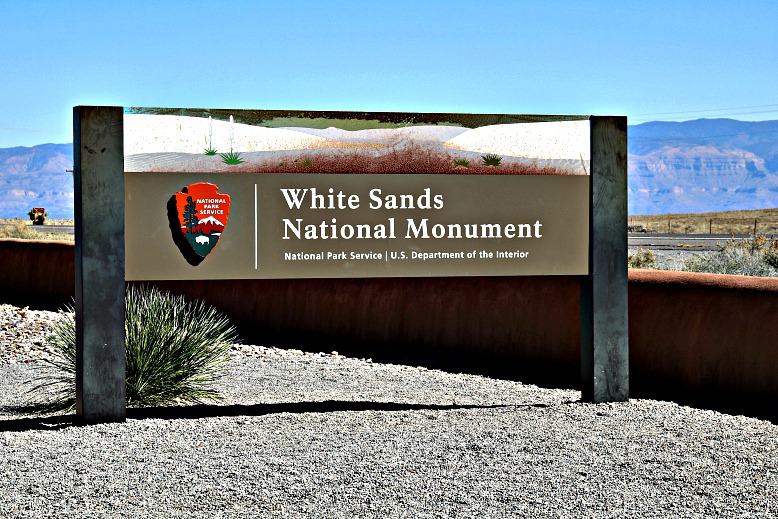 Remember how fun it was to play in the sand as a kid? It’s still pretty fun, as it turns out. And the sandbox is a lot bigger at White Sands National Park, a system of rare white gypsum sand dunes intertwined with raised boardwalk trails and a single loop road. Sunset and sunrise are obviously the golden hours for photographers but any time is a good time for some sand-dune sledding, kite flying, and back-country camping.

The largest gypsum dune field in the world is located at White Sands National Park in southern New Mexico. This region of glistening white dunes is in the northern end of the Chihuahuan Desert within an “internally drained valley” called the Tularosa Basin.

The park ranges in elevation from 3,890 feet to 4,116 feet above sea level. There are approximately 275 total square miles of dune fields here with 115 square miles (about 40 percent) located within White Sands National Park. The remainder is on military land that is not open to the public.

It was the midst of the Great Depression when President Herbert Hoover declared this swath of pale dunes a national monument. Now 87 years later, White Sands has been declared the United States’ 62nd national park.

The history of the newly-minted White Sands National Park goes back far beyond these presidential decrees, however. A unique series of fossilized footprints known as the White Sands Trackway show that almost 12,000 years ago ancient humans were stalking giant sloths here, hunting varieties of megafauna that died out by the end of the Pleistocene.

It was 2,000 years later that the enormous gypsum dunes for which the new national park was named began to form, the result of steady evaporation of what was once a vast inland sea and, later, a lake between the San Andres and Sacramento Mountains. Prevailing winds eventually swirled those white gypsum sands into dunes that cover about 275 square miles of the Land of Enchantment.

By the time European settlers arrived in the 1800s, the area was well known to bands of Apache who lived in the Tularosa Basin and surrounding mountain ranges. Their descendants now live on the Mescalero Apache Indian Reservation between Fort Stanton-Snowy River Cave National Conservation Area and Lincoln National Forest.

Given its arid climate, the temperatures at White Sands vary greatly both throughout the seasons and within a single day. The most comfortable time to visit weather-wise is autumn (late September through October) when daytime temperatures reach the 80s with light winds and cooler evening temperatures in the 50s. Spring (March through May) can also be comfortable when the temperature varies from the 70s to the 40s. However, strong windstorms are somewhat common during these months.

In summer and winter, you’ll be dealing with hot and cold extremes, so you just need to be extra prepared for both. Summer days average about 95 degrees, but can spike as high as 110. Evenings are comfortable in the 60s.

The last place to fill up any water containers is the visitor center, so make sure you have enough with you when you enter White Sands. Bring one gallon of water per person per day. If it’s hot, you’ll probably drink it all, but don’t forget to hydrate even if it’s cool and you don’t feel as thirsty.

The bright sun is intensified by the reflection off the snow-white sand. Make sure you have a hat (I recommend a Tilley with UV protection) and sunglasses, even for the little ones.

And of course, never forget the sunscreen! Avoid the chemicals and use mineral-based sunscreens.

Be prepared for the wind.  Strong windstorms are common February through May, but it can be windy any day of the year. When we visited in late February, it was mostly calm throughout the day, but the winds started picking up by mid-afternoon.

Life is not obvious here. It is implied, or twice removed, and must be read in signs or code. Ripple marks tell of the wind’s way with individual sand grains. Footprints, mounds, and burrows bespeak the presence of mice, pocket gophers, and foxes.