There’s more to the Grand Canyon State than its namesake 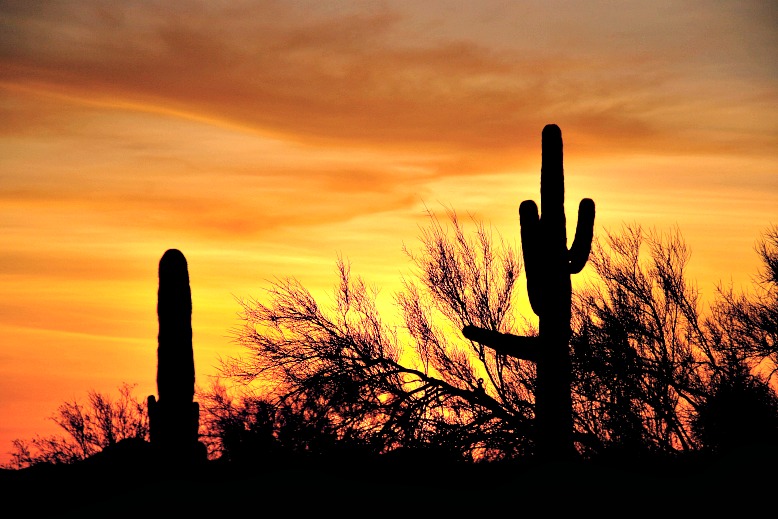 Arizona is brimming with surprisingly underrated and unique cities and towns and southwestern dining guaranteed to take your taste buds for a ride. So grab your camera, hiking boots, and sense of adventure and hit the back roads of the Wild West for an unforgettable journey.

Enveloped by the vast Sonoran Desert, Tucson is a vibrant and colorful southwestern city. Barrio Viejo, meaning old neighborhood in Spanish, is an area near downtown Tucson that is an important, historical part of the community. The original Barrio neighborhood built between 1880 and 1920 using traditional Mexican Village architecture, houses were built of thick-walled adobe with a flat roof, wood beams, and ocotillo, or saguaro cactus ribs, coverings.

At nearby Saguaro National Park witness the towering saguaro cactus—crowned king of the Sonoran Desert—in its native environment. Then, hike to the pinnacle of Mount Lemmon—just north of Tucson, it’s the highest point in the Catalina Mountains.

Just under two hours from Tucson and a 20-minute drive from Phoenix, Scottsdale is a balmy retreat stationed on the edge of the Valley of the Sun. Here, you’ll find high-end shopping, world-renowned spas, and a variety of hiking adventures.

Route 179 is the most scenic between the two destinations. It passes by Casa Grande Ruins, one of the largest prehistoric structures on the continent. Additional outdoor attractions in Scottsdale include the Desert Botanical Garden and Camelback Mountain. See an abundance of cacti, succulents, and colorful wildflowers at the gardens before a four-hour climb to the top of the mountain for 360-degree views of Scottsdale and neighboring Phoenix.

Get there by continuing along Highway 179, also known as the Red Rock Scenic Byway. Break for dessert along the way at Rock Springs Cafe. This landmark, famous for its award-winning pies, was established in 1918. Its close proximity to the highway makes it convenient for road-trippers. Indulge in a seasonal treat like the strawberry rhubarb crumb pie or try its best-selling Jack Daniel’s pecan pie.

A beautiful two-hour drive from Sedona, the magic of the Grand Canyon awaits. One of the Seven Natural Wonders of the World, the Grand Canyon is the cherry on top of an Arizona road trip experience. Take 89A out of the Sedona. Break at Midgley Bridge on the outskirts of Sedona for a quick hike down Oak Creek Canyon.

Check out El Tovar Hotel. This historic property opened its doors in 1905 and has entertained celebrities and presidents for the past 100 plus years. Mere steps from the Grand Canyon’s edge, El Tovar is both elegant and rustic with breathtaking views from every window. The resort’s Dining Room is as close to the canyon as you can get and the authentic cuisine is almost as memorable as the views from the tables closest to the windows.

Experts say the South and North Rims are the best places from which to behold the scale of the natural landmark. The South Rim, right outside El Tovar’s doors, is accessible year-round. Look forward to hikes of varying lengths that cater to explorers of every skill level. Plan a hike at sunrise and bring along a breakfast picnic.

Page, a water sports lover’s paradise, is another three-hour drive north. Continue along 89A toward Utah and reserve several hours for a tour of Antelope Canyon. Weave through the winding walls of this sandstone formation with a camera in hand; the wave-like structures and light that breaks through the canyon’s slots are straight out of a photographer’s fantasy.

Lake Powell is located in northern Arizona and stretches into southern Utah. It’s part of the Colorado River in Glen Canyon National Recreation Area. With nearly 2,000 miles of shoreline, endless sunshine, warm water, perfect weather, and some of the most spectacular scenery in the west, Lake Powell is the ultimate playground. Rent a houseboat, stay at the campground, or enjoy the lodging and hop aboard a guided expedition.

In Page, check into Wahweep RV Park or adjacent Lake Powell Resort. This serene and peaceful property nestled in the heart of the desert boasts old-fashioned allure and modern comforts.

The magic of Horseshoe Bend is a mere stone’s throw south of Page. One of the most iconic venues in Arizona, this unusually shaped bend in the Colorado River is best enjoyed from an overlook that towers 4,000-plus feet above sea level. The easy hike from the parking lot to the overlook is less than a mile.

Newcomers to Arizona are often struck by Desert Fever. Desert Fever is caused by the spectacular natural beauty and serenity of the area. Early symptoms include a burning desire to make plans for the next trip “south”. There is no apparent cure for snowbirds.