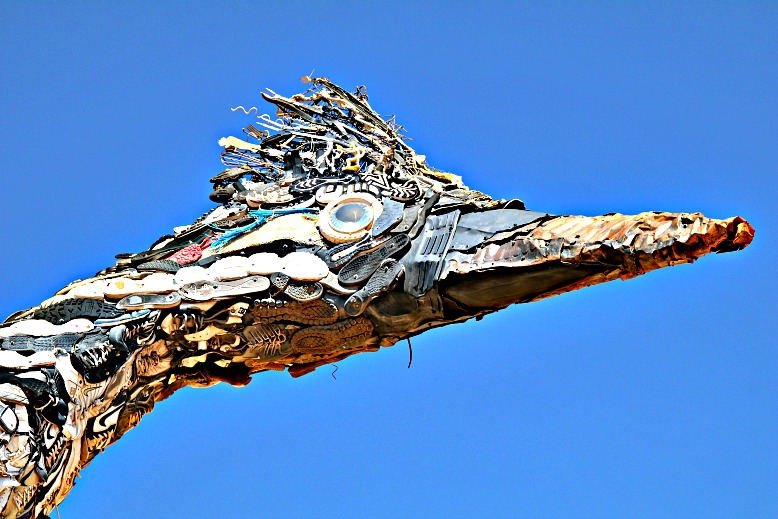 There are numerous variables that make a fantastic road trip but none are more universal than the urge to detour to see something weird on the side of the road less traveled. Our highways are dotted with oddities that are as head-scratching as they are alluring: highly specific museums dedicated to whatever or gigantic versions of everyday items plunked into a field for no particular reason.

Here are six of the weirdest roadside attractions in the US. While road tripping, it’s often the undiscovered path that makes the most memorable moments on and off the road.

INSIDER TIP: For the deepest dive, jump off the interstate and wander the local or back roads instead.

This Quirky Motel Is an Iconic Stop

The old Route 66 is the home to American kitsch. There are few places you will find unbelievable sights. One Route 66 icon in particular truly stands out from the rest.

It was part of a small chain of similarly designed motels strewn across the country, the brain child of Frank Redford. This particular motel was built in 1950 by Chester Lewis, who purchased the design rights and became the sixth one. Since then, it has become an iconic part of Holbrook, Arizona and the old Route 66.

Killer Bee Capital of the World

In October of 1990, the first colony of Africanized “killer bees” was found just outside Hidalgo, Texas. Though their unwelcome arrival into the U.S. set the media abuzz with panic, the south Texas city had an unusually sweet reaction.

Hidalgo was the only place that honored their arrival with a bit of fanfare. Rather than shy away from the sting of all the bad press, the city’s mayor decided to celebrate its connection with the dreaded insects. The city became known as the “Killer Bee Capital of the World” and the Hidalgo Economic Development Department spent $20,000 to erect a 2,000-pound, lifelike statue of a massive Africanized honey bee. The city even sells posters and postcards that feature the feared bug.

Dine At a UFO-Shaped McDonalds

Roswell, New Mexico is famous for its connection to the extraterrestrial. Is an alien ship being kept in a government facility? Do UFOs abduct unsuspecting people passing through? Are the aliens themselves being held captive? Does this conspiracy go all the way to the top? Who knows?

Regardless, you can explore all things weird in this city that has embraced its alien ties—even the local McDonald’s is shaped like a UFO. And the burgers? Well, they’re out of this world!

The small town of Gaffney, South Carolina is well known for its peaches. Nicknamed the “Peach Capital of South Carolina,” Gaffney contains thousands of the juicy fruits but it also features one that is abnormally large—a peach that’s 135 feet tall. With a tall pedestal at the bottom supporting a spherical ball at the top, the Gaffney Peachoid is shaped like any conventional water tower but its design is slightly modified. The Peachoid is so big that its leaf alone is 60 feet long.

We’ll say it: Goldfield is a dazzling nugget of desert entertainment. This roadside reconstruction of a gold discovery boom town delivers period characters, a mine tour, a mystery spot, a reptile museum, and legends of a lost treasure.

The original town sprang up in 1892, peaking at 28 buildings with a community of up to 4,000. Five years later after prospectors had dug out all of the gold, the population deflated and Goldfield went ghost dark. Located on the Apache Trail (Arizona Highway 88), Goldfield booms once again—as a commercial Ghost Town with a sprawling array of recreated buildings and Wild West trappings that tourists crave.

The roadrunner is the official state bird of New Mexico. A giant recycled roadrunner—20 feet tall and 40 feet long—has been an icon of Las Cruces ever since artist Olin Calk built it in 1993. It was made exclusively of items salvaged from the land fill. In early 2001, Olin stripped off the old junk, replaced it with new junk, and moved the roadrunner to a rest area along Interstate 10, just west of the city. Signs around the sculpture warn of rattlesnakes, but when we stopped by to visit people were blissfully trudging out to the big bird anyway, to pose for snapshots or examine the junk (We did, too).