So much more than the Redneck Riviera 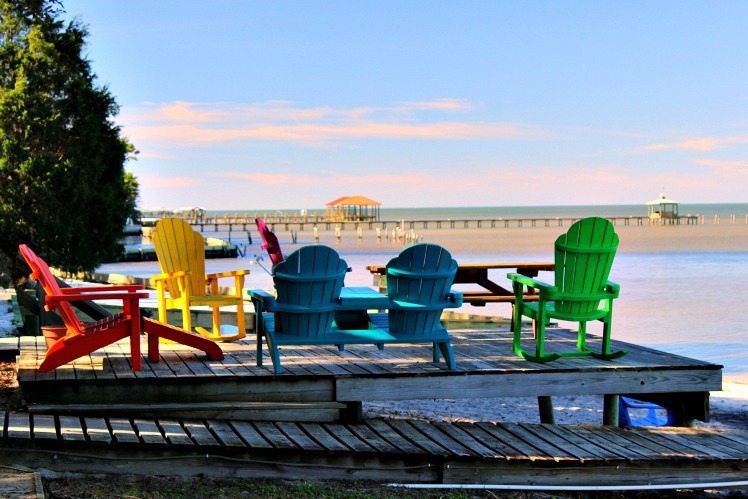 Americans tend to forget they have a third coastline. Sure, they’re aware the Gulf of Mexico has beaches but they tend to lump those in with Florida which then gets lumped in with the Atlantic coast. And the whole rest of the coast from Alabama to Texas gets criminally overlooked. The Gulf Coast is much more than the “Redneck Riviera”, a label it’s long since outgrown. This is a land of magical swamps, remote white-sand beaches, artists, musicians, and colorful characters. And it is the best coastal road trip few have taken.

Beginning at the end of Florida in Pensacola, driving west to the north shore of Lake Pontchartrain near New Orleans, you’ll skirt the turquoise waters of the gulf while dipping into lush marshlands and storybook small towns. You’ll discover a side of the south you never knew. Come along and see why the Gulf Coast truly is America’s most under-appreciated coastal road trip.

Although Gulf Shores, Orange Beach, and other areas took a major hit from Hurricane Sally, the area has begun to recover. Be sure to phone ahead for destination updates.

One of America’s top beach bars, The Flora-Bama Lounge is located uniquely on the Orange Beach, Alabama and Perdido Key, Florida line. About half an hour south of Pensacola this honky tonk has long been a landmark on its famous location. The Flora-Bama has five stages for live music and features bands of country, rock, dance, and beach music. Check back in during the annual interstate mullet toss in late April where competitors line up to see who can throw a fish the furthest across the state line.

After responsibly enjoying the Flora-Bama head west on Perdido Beach Boulevard about 10 miles for the sweeping gulf views to Gulf State Park. Here you can immerse yourself in the sand dunes and Spanish moss that made Alabama’s beaches so beautiful before the condo boom. If you’ve got the gear, the park’s got plenty of RV, tent, and car camping sites. Or reserve one of the fully-furnished cabins that sit along Shelby Lakes. Take advantage of the park’s free bike-share program where you can hop on its 28 miles of trails and roll under live oaks then over a boardwalk to the area’s only stretch of sand not lined with condo towers. Nothing but sand dunes, pelicans, and the lapping waves to join you.

Shangri-La may be a fantasy, but you can find a real-life utopia on the eastern shore of Mobile Bay. The city of Fairhope (population, 16,000), founded in 1894 by a society based on cooperative community ownership, was named for its members’ belief that their enterprise had a “fair hope” of success. Ever since, it has beckoned artists, writers, and other creatives, and today, it draws visitors searching for good food, great shopping, and a bit of outdoor adventure. Galleries and studios pepper downtown streets along the waterfront, alongside more than 80 antique shops, small boutiques, and locally owned restaurants. Visit once and you will be back.

Don’t be fooled by the beautiful skyline reflecting off the bay; Mobile is more than just incredibly good-looking. Mobile is more than 300 years old, and that fact alone ensures there must be a lot of history associated with a city of that age. The many museums and historical homes help tell Mobile’s story. Eight National Register Historic Districts make up what is known as downtown and midtown Mobile. Explore the mighty WWII battleship USS Alabama, winner of nine battle stars, and the submarine USS Drum. Both are National Historic Landmarks. Visit the Hank Aaron Childhood Home and Museum located at Hank Aaron Stadium.

A narrow, 14-mile-long outdoor playground near the mouth of Mobile Bay, Dauphin Island provides a getaway atmosphere with attractions aimed at the family. The Dauphin Island Park and Campground is a great place to enjoy all the island has to offer. The 155-acre park offers an abundance of exceptional recreation offerings and natural beauty. The campground is uniquely positioned so that guests have access to a secluded beach, public boat launches, Fort Gaines, and Audubon Bird Sanctuary. The campground offers 150 sites with 30/50 amp- electric service and water; 99 sites also offer sewer connections.

Back in 1799, Acadian pioneer Firmin Breaux Breaux built a suspension footbridge across the Bayou Teche to help ease the passage for his family and neighbors. In 1817, Firmin’s son, Agricole, built the first vehicular bridge. Breaux Bridge and crawfish have become synonymous. Restaurants in Breaux Bridge were the first to offer crawfish on their menus and it was here that crawfish etouffee was created. Breaux Bridge became so well known for its crawfish farming and cooking that the Louisiana legislature officially designated Breaux Bridge as the crawfish capital of the world. Breaux Bridge hosts the annual crawfish festival, recognized as one of the state’s finest festival.

Lush subtropical flora and venerable live oaks draped with Spanish moss cover this geological oddity which is one of five “islands” rising above south Louisiana’s flat coastal marshes. The island occupies roughly 2,200 acres and sits atop a deposit of solid rock salt thought to be deeper than Mount Everest is high. Geologists believe this deposit is the remnant of a buried ancient seabed, pushed to the surface by the sheer weight of surrounding alluvial sediments. Today, Avery Island remains the home of the TABASCO brand pepper sauce factory as well as Jungle Gardens and its Bird City wildfowl refuge. The Tabasco factory and the gardens are open for tours.

Galveston Island is home to some of the best attractions Texas has to offer including Moody Gardens, Schitterbahn Waterpark, the Historic Pleasure Pier, dazzling Victorian architecture, and 32 miles of sun-kissed beaches. Come to the island to stroll the beach or splash in the waves. Or come to the island to go fishing or look for coastal birds. No matter what brings you here, you’ll find a refuge on Galveston Island. Just an hour from Houston, but an island apart!

Grab your fishing pole, sunscreen, and beach chair…it’s time to go to Port Lavaca. This coastal town has all the seaside fun you could ask for but without all the crowds found in other Gulf Coast locales. Checking out Port Lavaca’s beaches is a no brainer, regardless of whether you’re looking for a quiet barefoot stroll, hunt for shells, or kick back and relax. Start at Magnolia Beach, also known as the only natural shell beach on the Gulf Coast. Lay out a blanket and soak up the sun, or cast a line from the fishing pier. For more sandy beaches, relax in the shade of a thatch-covered cabana at Lighthouse Beach or swim or paddle board in the tranquil waters of Alamo Beach.

At the final stop on our coastal road trip you’ll discover why Rockport-Fulton is the Charm of the Texas Coast. You’ll find a sandy beach, a birder’s paradise, a thriving arts community, unique shopping, delectable seafood, unlimited outdoor recreation, and historical sites. The Coastal Bend’s natural resources and moderate climate remain the primary attraction for visitors to the Rockport-Fulton area. Be it sport fishing, bird-watching, water recreation, or simply relaxing in the shade of wind-sculpted live oaks life here still revolves around Aransas Bay.