Every destination has a story, no matter how small 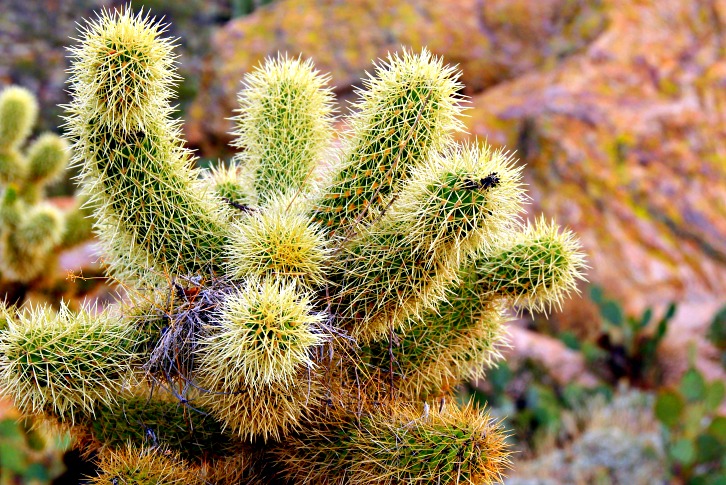 When compared to lush tropical forests or sweeping grasslands, deserts may not seem like the most welcoming habitat to plan a trip around. However, a closer study of these vast expanses of earth and sand reveals a world of boundless opportunity with activities to suit any traveler. For those who wish to trek amidst remarkable rock formations, observe some of nature’s hardiest creatures, and gaze skyward towards a brilliant mosaic of stars and planets, the vast deserts of the southwestern U.S. are a paradise on earth.

Bryce Canyon National Park is located in the remote reaches of southern Utah near the town of Bryce (convenient, eh?). Weather-wise, Bryce Canyon makes the mercury mercurial, with big temp shifts from season to season and even day to day. This is due to Bryce’s dizzying elevation—a cool 8,000–9,000 feet—and makes it a much cooler park than nearby Zion.

In spite of the name, there’s no single canyon in Bryce “Canyon”—the region is actually made up of multiple natural amphitheatres, many of which are rife with thin stone spires referred to as “hoodoos”. The park is packed with trails suited for amateur and experienced hikers alike. Even if you’re not keen on exploring the great outdoors, make sure to stop at Sunrise Point—this overlook provides an all-encompassing view of the park in all its glory.

Roughly 250 million years ago, the state we now know as New Mexico was covered in a shallow expanse of water known as the Permian Sea with layer upon layer of dissolved gypsum sinking to the sea floor over the years. Fast-forward to the modern era and this prehistoric sea has dried up leaving the largest gypsum dunefield on earth in its wake.

Though the 145,000-acre expanse of pillowy sand is the main attraction around here, be sure to make a pitstop at the park’s visitor center for an introduction to the inner workings of the harsh desert ecosystem. A surprising amount of nocturnal insects, reptiles, and mammals call the park home today, but some of the most fascinating beasts in the area died out millions of years ago. Though you can’t see them in person, keep a close eye on the sand around you—fossilized footprints of giant ground sloths, dire wolves, and saber-toothed cats have been discovered buried just below the earth.

While many national parks around the country are home to vast forests this particular preserve in eastern Arizona comes with a twist—the trees here have all been dead for hundreds of millions of years transmuted into colorful slabs of stone through a process called “permineralization”. Jasper Forest and Crystal Forest are two popular sites for encountering masses of petrified wood, but the park has more to offer than just former trees.

A broad region of rocky badlands encompassing more than 93,500 acres, the Painted Desert is a vast landscape that features rocks in every hue—from deep lavenders and rich grays to reds, oranges, and pinks. It’s like you’ve been transported into a painting. The park is also a fascinating destination for archeology buffs with multiple sites containing relics from bygone indigenous civilizations that once thrived here.

Encompassing portions of both the Colorado and Mojave deserts, this world-famous preserve consists of over 790,000 acres making it larger than the state of Rhode Island. While the park earned its name thanks to an abundance of spiky Joshua trees (Yucca brevifolia), there are hundreds of desert species that call the area home ranging from tiny toads to roadrunners to bobcats.

The park is home to a wide array of hiking trails for daytime visitors but overnight campers are in for a special treat—Joshua Tree’s location in the remote reaches of interior California ensures an incredible view of the stars on a clear night.

Yearning to see towering, giant saguaros in their native environment? Saguaro National Park protects and preserves a giant saguaro cactus forest that stretches across the valley floor near Tucson. Unique to the Sonoran Desert, the park’s giant saguaros reach as high as 50 feet and can live longer than 200 years.

In addition to a broad expanse of desert, Saguaro National Park features mountainous regions—some reaching more than 8,000 feet above sea level. These varied landscapes provide ideal habitats for a wide range of flora and fauna including wildlife such as javelina, coyote, quail, and desert tortoise in the lower elevations and black bear, deer, and Mexican spotted owl in the upper elevations

We use the word wilderness, but perhaps we mean wildness. Isn’t that why I’ve come here? In wilderness I seek the wildness in myself and in so doing come on the wildness everywhere around me. Because, after all, being part of nature I’m cut from the same cloth.