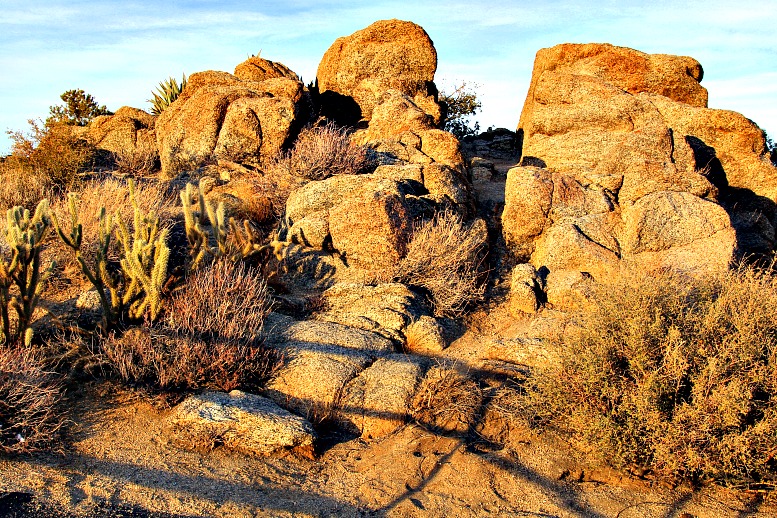 An impossibly long trailer negotiating hairpin mountain turns does not seem to be the stuff of successful movies, yet Lucille Ball and Desi Arnaz had a big hit with the 1953 film, “The Long, Long Trailer”. The studio was wary of the film, thinking that people could stay home and watch the couple on TV for free.

Arnaz reportedly made a $25,000 bet that the movie would make more money than the highest-grossing comedy at the time, “Father of the Bride,” starring Spencer Tracy and Elizabeth Taylor. Arnaz was right. The movie grossed an astonishing $3.9 million as people were thrilled to see Lucy and Desi up to their antics in living color.

The very long trailer used in the film was a 36-foot Redman New Moon model which could barely be turned around the sharp mountain curves featured in the movie. Many of the scenes were filmed in the Sierra Nevada Mountains on Portal Road to Mt. Whitney but some were shot on the Palms to Pines Scenic Byway, State Route 74, which climbs from Palm Desert to Mountain Center up a remarkably steep and tortuous grade.

Palms to Pines Road started from the Gillette Ranch on what was then called the Palm Springs-Indio road. Construction started in September 1929 and finished August 1933. A total of 37.1 miles requiring 747,600 cubic yards of excavation and was paid for by funds from Riverside County and the U.S. Forest Service. Before the road, the Palms to Pines Trail was used by horseback riders and intrepid outdoorsmen having been originally scratched into the steep escarpment by M.S. Gordon around 1917 following ancient Cahuilla trails.

Wilson S. Howell became a familiar figure not only in Coachella Valley but throughout the county in the years of crusading for the new road. He took a 10-cent school protractor and cutting the mountainside vegetation for an improvised surveyor’s stand, he sighted a feasible way up the mountain side through wild shrubbery. Today the highway is an established route of travel, one of the most enchanting in the country.

Howell believed in San Jacinto Mountain and in Coachella valley—and in their linking highway. He acquired 2,000 acres equal distance from Hemet, Indio, and Palm Springs. Howell likely owned the land first and was a booster of the road in order to make his holdings more valuable by luring patrons up the mountain to his little Ribbonwood outpost. Either way, he certainly was the “patron spirit of the Palms-to-Pines highway.”

For almost two years before construction began on the highway in 1929, several different factions clamored for routes that would benefit them. Three routes were in contention. One was prohibitively expensive. Another was advocated by Palm Springs businessmen who wanted a route that would go directly through Palm Canyon. Others wanted a route that would go through Pinyon Flats. The Los Angeles Chamber of Commerce even tried to influence the decision by hinting that they would not make a proposed financial contribution if the highway did not go through Palm Canyon. The Agua Caliente Band of Cahuilla Indians nixed the Palm Canyon route and the road was put through Pinyon Flats from Palm Desert.

The Coachella Valley is known for its beautiful scenery and warm weather but just a few miles to the south is a scenic drive that offers high mountain wilderness—a two-hour journey (to Mountain Center) provided you don’t stop to admire the gorgeous sights along the way.

Departing the Visitor Center heading south on Highway 74, we almost immediately begin winding our way up the mountain in a series of switchbacks. There are beautiful views spanning Coachella Valley and ample opportunity to take them in. Part way up the mountain is a large viewpoint with plenty of parking where we stopped to take in the sights and snap a few photos.

As we continued up the mountain, the road began to unwind itself and we started to notice a change in vegetation. Short gangly pinyon pines began to emerge from out of the rocks and as the highway unfurled through the small towns of Pinyon Pines and Pinyon Crest, it became evident how these places got their names.

The highway through this region began to unfold like a roller coaster with a series of wide ripples. Again, the vegetation changed and we noticed more pine trees as the land becomes less rocky.

Highways 74 and 371 meet in Paradise Valley. The Paradise Valley Cafe is a popular place for travelers. For backpackers the Pacific Trail passing nearby. Here’s where we departed Highway 74 driving southeast on Highway 371 to Cahuilla and Aguanga and Highway 79 south to Warner Springs and Santa Ysabel. Our destination: the mountain town of Julian for its famous apple pies.

Slow down and enjoy life. It’s not only the scenery you miss by going too fast—you miss the sense of where you’re going and why.