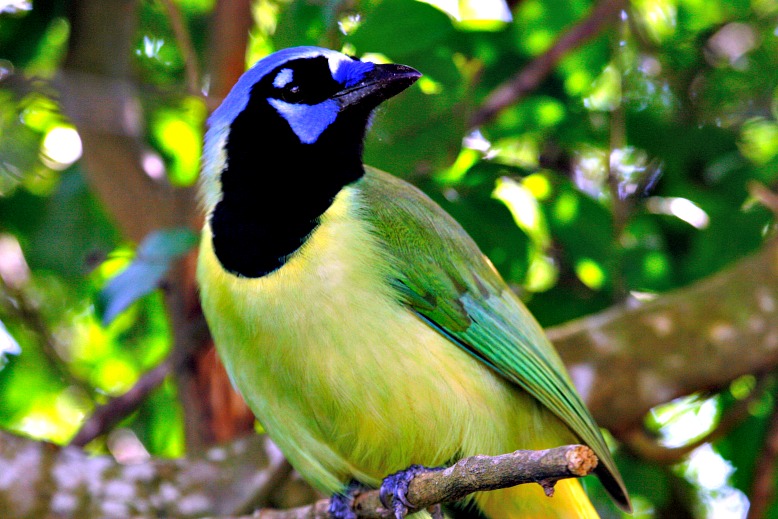 Need a new and safe activity that will get you outside and stimulate the mind! How about birding?

During the past year, we were often told to listen to or follow the science. Well, I am happy to report that there is more and more scientific evidence to support the idea that everyone would be better off watching birds. You can watch them in your back yard, from your RV, or you can visit a wildlife area to see them.

Studies from a variety of sources indicate that the closer you live to a park and the more contact you have with nature, the better your mood, psychological well-being, mental health, and cognitive functioning. In short, watching birds is good for you and you don’t even need a prescription from your doctor to do it.

Published scientific studies reveal that birding (or wildlife photography or just being in nature) correlates with improved mental health. This observation is not new: it was introduced and popularized by biologist, theorist, and author, Edward O. Wilson in his 1984 book, Biophilia, where he defined the Biophilia Hypothesis as “the urge to affiliate with other forms of life”. More recently, Richard Luov breathed new life into this idea by referring to it as “nature deficit disorder”.

Being part of nature in some meaningful way is an essential element in an emotionally healthy life. And bird watching can be your ticket to the outdoors. Even if you aren’t a bird watcher (I didn’t start out a birder, either), you will find yourself becoming more aware of the birds around you—their sounds and behaviors and relationships—and noticing the positive impact that regular bird watching has on your mental health.

Birding develops mindfulness. Birding is a meditative practice that immediately appeals to all your senses—listening to bird sounds and songs, looking at their plumage colors and patterns, observing their complex and often subtle behaviors, identifying their habits and habitats.

With coronavirus restrictions dragging on, interest in bird-watching has soared as Americans and Canadians notice a fascinating world just outside their windows wherever their windows might be. Downloads of popular bird identification apps have spiked and sales of bird feeders, nesting boxes, and birdseed have jumped even as demand for other nonessential goods plummets.

Birding is very low-cost. After the initial investment on a pair of binoculars and an ID guide, the only costs are what you spend on travel and entrance fees. You can bird anywhere, anytime. It’s a hobby you can do in your back yard or take on the road as you travel in your RV. It’s rewarding to see something new, to be able to name what you see, and to make new discoveries.

With more than 1,100 different species of birds in the U.S., it’s easy for a beginning bird watcher to feel overwhelmed by possibilities. Field guides seem crammed with similar-looking birds arranged in seemingly haphazard order. I can help you figure out where to begin. First off: where not to start. Many ID tips focus on very specific details of plumage called field marks. While these tips are useful, they assume you’ve already narrowed down your search to just a few similar species.

So start by learning to quickly recognize what group a mystery bird belongs to. You can do this in two ways: by becoming familiar with the general shape, color, and behavior of birds, and by keeping a running tally in your head of the kinds of birds most likely to be seen in your location that time of year.

Of course you’ll need to look at field marks—a wing-bar here, an eye-ring there—to clinch some IDs. But these four keys will quickly get you to the right group of species, so you’ll know exactly which field marks to look for. Bird watchers can identify many species from just a quick look. They’re using the four keys to visual identification: size and shape, color pattern, behavior, and habitat.

We’re going back to our roots to reconnect with nature. It really touches our souls. National parks, state parks, regional parks, and wildlife refuges are great places to observe a variety of birds. There is a birding trail near you.

South Texas is home to one of top bird watching destinations in the country, Bentsen-Rio Grande Valley State Park and World Birding Center. Birders know Bentsen as a treasure trove of “Valley Specialties” or tropical birds found nowhere else in the US. Birds to look for include green jays (see feature photo), white-tipped doves, clay-colored thrush (see above photo), long-billed thrasher, great kiskadee (see above photo), and Altamira oriole. Bentsen is one of nine unique World Birding Center locations in the Rio Grande Valley.

Bosque del Apache is one of the most spectacular national wildlife refuges in North America. The refuge is well known for the tens of thousands of Sandhill cranes (see above photo), geese, and ducks who winter here each year.

Visitors to Audubon’s Corkscrew Swamp Sanctuary will find a gentle, pristine wilderness that dates back more than 500 years. A 2.25-mile boardwalk meanders through pine flatwood, wet prairie, around a marsh, and into a large old growth Bald Cypress forest. A wide variety of wading birds, songbirds, and raptors can be seen throughout the year. Photo opportunities are available at every turn of the boardwalk trail.

With more than 350,000 acres, you’ll have no trouble finding birds—or social distancing. It’s famous for a variety of wetland, wading birds. There are a lot of boardwalks and a canoe trail.

Step into a rare tropical world at Santa Ana National Wildlife Refuge. Spanish moss drips from trees. Noisy Plain chachalacas (see above photo) welcome the morning dawn. Santa Ana is positioned along an east-west and north-south juncture of two major migratory routes for many species of birds. It is also at the northern-most point for many species whose range extends south into Central and South America.

Bitter Lake National Wildlife Refuge is located where the Chihuahuan Desert, short grass prairie, Pecos River, and the Roswell artesian basin come together. Attracted to the area by its abundant water supply at least 357 species of birds have been observed on the refuge including thousands of migrating Sandhill cranes.