Settlers immigrated to Schulenburg in the 1800s and brought with them culture, food, and faith which you can experience today in rural Texas 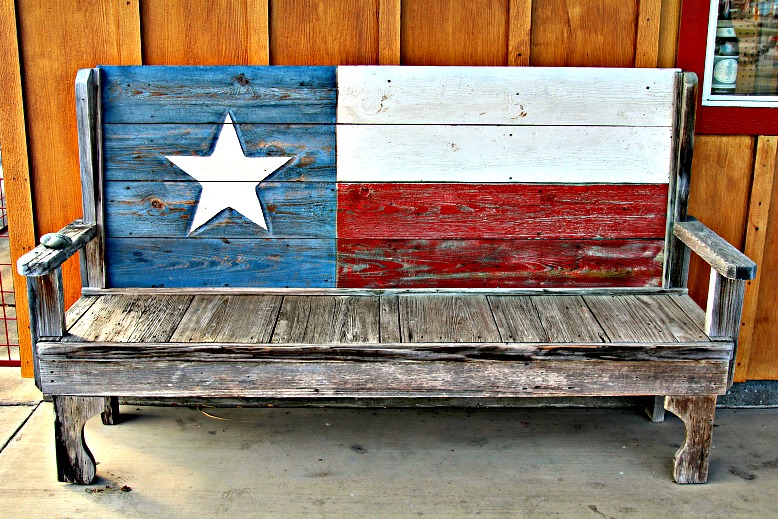 Schulenburg, like many of the small central Texas towns, was settled by German and Czech settlers in the mid-nineteenth century. Founded in 1873 when the railway officially came through town, it grew to 1,000 residents by 1884. With 2,852 residents in 2018, the town is still rich with the German/Czech culture.

A major attraction in the Schulenburg area is the Painted Churches. You can take the tour through the Chamber of Commerce or take a self-guided tour which is what we did. The churches look like plain white steeple buildings but step inside you and you’ll be in a jewel box of colors and detail. Four of the fifteen historical churches can be toured Monday through Saturday. The others are either an active parish which you can visit on Sunday or no longer active with prior arrangements required for a visit.

Go inside a plain white steeple church and you will find a European styled painted church of high gothic windows, tall spires, elaborately painted interiors with brilliant colors and friezes created by the German and Czech settlers in America.

You can start your day by indulging in the Czech breakfast of champions: kolaches. While Texans ascribe the name to both the fruit and meat variety (pig-in-a-blanket) of this bready pastry, I’m drawn to the buttery goodness of traditional fruit kolaches at the Original Kountry Bakery. The first one melted in my mouth so quickly that I had to grab a few more to go. Kountry Bakery’s stew and chilli are also lunchtime favorites. And the best part about eating lunch at Kountry Bakery are all the sweets to pick up for desert.

With a giant squirrel sign outside shouting “How ’Bout Them Nuts,” I had no choice but to stop at the Potter Country Store offering local pecans in every form and flavor, including raw, roasted, chocolate-covered, and stuffed in pies. Potter Country Store has been operating since 2001 when they had a small store about 6 miles south of Schulenburg on Highway 77. They soon outgrew that store and opened a new location in 2007 at I-10 and Highway 77 in Schulenburg.

They provide fresh in-shell, cracked, and shelled pecans that come from their own Potter Pecan Orchards. They also have a variety of gourmet roasted pecans that are made in-house using their own recipes. A few of their favorites include Cinnamon Sugar, Carmel, Red Velvet, Sweet Heat, Salted, Blackberry, Hot Chili Spice, and Chocolate dipped. Other popular treats are their homemade pecan pies, pecan Roca, and fudge. They also carry unique gifts and personal items such as jewelry, purses, home décor, boutique clothing, and lots more.

Downtown on Schulenburg’s Main Street is the Texas Polka Museum. It’s full of instruments, pictures, outfits, and a map showing every polka band in the Lone Star State. The Polka Museum highlights the history of this area’s unique German and Czech-style polka music. You can learn about the music that immigrants brought to the area in the 1880s and how it inspired later generations of country artists and even rock and roll music. If your feet aren’t tapping by the time you leave, then “Czech” your pulse.

Then, learn about their heritage and culture by visiting the Schulenburg Historical Museum. Originally opened in 1894, Sengelmann Hall features a big wooden bar and long family-style tables. Live music is a popular draw here and the food is better than ever thanks to Momma’s at Sengelmann’s which serves up homemade pizza, burgers, and pork schnitzel. Order with a big German beer and toast “Prost”.

The Stanzel Model Aircraft Museum is dedicated to local brothers who pioneered miniature aviation. Victor Stanzel started carving balsa wood into model airplanes in 1929. Joined by his brother Joe, the brothers turned the hobby turned into a thriving business. Their most well-known plane, the “Tiger Shark,” was the first control-line model kit in the world. The well-designed complex was packed with drawings, old machines, and the stories of how Victor and Joe Stanzel founded one of the most-loved model plane companies in America.