There is this place that is for the birds and is all about the birds, where you will find some of the best birding while RVing 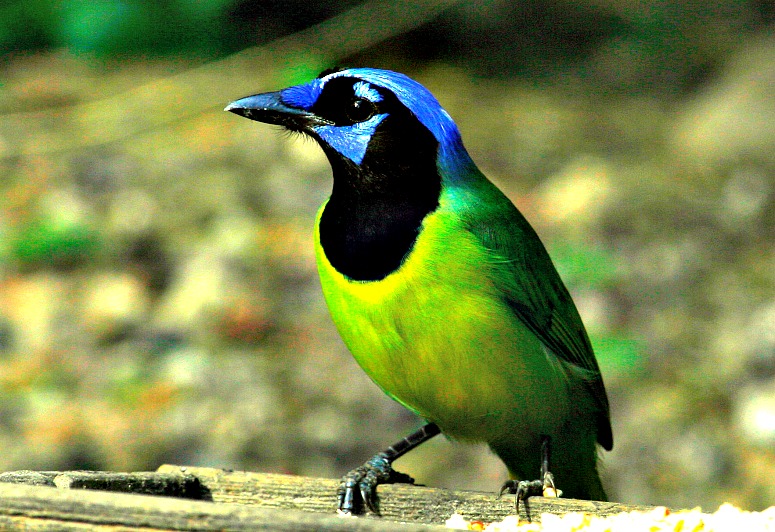 Good morning. It’s Saturday and you deserve some good news, so we’re pleased to inform you that a Laysan albatross named Wisdom has successively hatched yet another chick at Midway Atoll in the Hawaiian archipelago. Discovered by biologists in 1956, Wisdom is at least 70 years old making her the world’s oldest known wild bird. She still flies as many as 1,000 miles in a single foraging expedition.

Wisdom’s latest chick successfully hatched in February, according to the U.S. Fish and Wildlife Service’s office in the Pacific Islands. Wisdom laid her egg sometime during the last few days of November according to the wildlife agency. Soon after, Wisdom returned to sea to forage and her mate Akeakamai took over incubation duties. The pair have been hatching and raising chicks together since at least 2012, the wildlife agency said.

In the past decade, Wisdom has been astounding researchers and winning fans with her longevity and devotion to raising her young. She has flown millions of miles in her life but returns to her same nest every year on Midway Atoll, the world’s largest colony of albatrosses. To feed her hatchlings, Wisdom and her mate take turns flying as much as 1,000 miles on a single outing spending days foraging for food along the ocean’s surface.

Every year, millions of albatrosses which normally have only one mate in their life, all come home to Midway around October. If all goes well couples reunite and then team up to incubate a single egg and feed their new chick. Midway’s two flat islands act as giant landing strips for albatrosses and millions of other seabirds which rely on the Midway Atoll National Wildlife Refuge to raise their young. This year’s albatross chicks will make their first flights in early summer.

In the past, biologists have said Wisdom possesses a unique set of skills that have let her have a long and productive life soaring over the Pacific Ocean. When she was first banded, Dwight Eisenhower was in the middle of his two-term presidency.

Her advice to the younger generation? Think before you tweet.

Not fitting the stereotype of the avid birdwatcher that travels to the most exotic corners of the globe, many RVers simply want to be where the birds are. Not wearing the latest outdoor gear, carrying the biggest scopes, peering through the most expensive binoculars, and checking another bird off the official life list, I carry my mid-priced super-zoom camera and take great pleasure in seeing the beautiful creatures that fill the air with music and the skies with color. That’s what draws me and many other snowbirds to South Texas.

Located at the southern tip of Texas, the Rio Grande Valley hosts one of the most spectacular convergences of birds on earth. Well over 500 species have been spotted in this ecowonderland, including several that can be found only in this southernmost part of the U.S. Each year, birders come to The Valley to see bird species they can’t find anyplace else in the country—from the green jay, black-bellied whistling ducks (pictured above), and the buff-bellied hummingbird to the great kiskadee (pictured above), roseate spoonbill (pictured above), and the Altamira oriole (pictured above)

After all, The Valley offers not just one but a total of nine World Birding Centers and is located at the convergence of two major flyways, the Central and Mississippi.

Often referred to as The Texas Tropics, this area is very popular, too, with snowbirds from the Midwest and Central Canada. However, these winter tourists are not simply referred to as snowbirds but affectionately dubbed Winter Texans. After all, these birdwatchers and winter visitors are very important to the area’s economy, so they are, indeed, welcomed.

Bentsen-Rio Grande Valley State Park, just south of Mission, is not only Texas’ southernmost state park, but since October 2005, the headquarters of the World Birding Center. The 760-acre park draws visitors from as far away as Europe and Japan hoping to spot some of the more than 325 species of birds and over 250 species of butterflies, many of them from neighboring Mexico and Central America.

Cars are not allowed in the park but a trolley makes regular pick-ups along the 7 mile paved loop allowing birders to hitch a ride from one feeding station to the next. It’s a quiet, beautiful, place and it is filled with birds. As the trolley rounds the bend into the park visitors are frequently greeted by a sizable flock of the loud and raucous plain chachalaca (see above), a brown, chicken-like species that’s found only in this part of the country.

To assist the casual birder Bentsen offers a series of bird blinds strategically placed near various feeding stations. The hut made of horizontally-placed wood slats is reached by a ramp so it is accessible to those with disabilities.

Inside the blind the wood slats can be folded down to form a platform for cameras so a tripod isn’t necessary to keep the camera steady. All you need to do is sit and watch the show as the birds keep coming to feed. We sat on a bench in the blind, peered through the opening and pressed the shutter repeatedly without disturbing the birds.

Yellow-breasted great kiskadees swooped down in front of us and drank from the small pool of water. This flycatcher has black and white stripes on its crown and sides, appears to be a kind of cross between a kingfisher and a meadowlark, and attracts attention by its incessant “kis-ka-dee” calls.

Green jays (pictured above) postured and fluttered at the feeders. This beautiful bird is, indeed, green-breasted (unlike our blue jay), with green wings, but there’s also some white, yellow, and blue plumage. This bird’s flashy coloring, boisterous nature, dry, throaty rattle, and frequent “cheh-chehcheh-cheh” call make it very easy to spot.

A golden-fronted woodpecker (see above) fed at the peanut butter log. Barred with black and white above and buff below, the male has red restricted to the cap; nape orange; forecrown yellow; the female lacks red but has an orange nape. Its voice is a loud churrrr; the call a burry chuck-chuck-chuck.

The warm winter climate and the awesome bird watching attract Winter Texans to The Valley and keep them returning year after year. We’ll be back, Hope to see you there.