Nothin’ could be finer than to be in Carolina 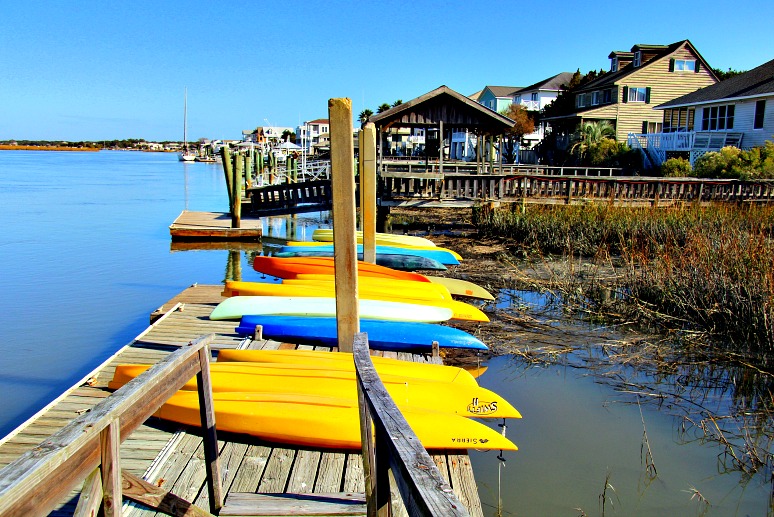 Quite simply, South Carolina has it all, y’all—and the state has delivered to visiting RVers with a friendly southern drawl. From the Upcountry mountains through the vibrant Midlands and to the Lowcountry coast, the Palmetto State beckons with a wave that signals everyone’s welcome—come on down.

There isn’t a single amazing thing about South Carolina. There are about ten zillion. So start poking around and figure out what to put at the top of your list.

Charleston is home to one of America’s most intact historic districts. Established in 1670, today’s city was built starting in 1680 and named for the King of England and known as Charles Town. The fifth largest city in North America in 1690, it became well-known for trade and a hub of the rice and indigo markets that South Carolina cultivated.  The city’s streets and parks are not much changed from these colonial days. Beautiful Georgian homes still line many of the streets and walking the streets is like walking into old colonial America. Spires from the various churches in the city punctuate the skyline and many date to colonial days.

Swampy land may not be the first place on your list to roam but Congaree National Park is beautiful in its own way. The park preserves the largest tract of old growth bottomland hardwood forest in the United States. Congaree is the last of the hardwood forests that once stretched across the eastern US. The park has one of the highest concentrations of champion trees in the world. Champion trees are the largest trees of its specific specimen and Congaree holds 15 of them.

Established in 1826, the City of Walterboro is hailed as the “front porch of the Lowcountry” with its historic charm, plentiful natural resources, and warm Southern hospitality. For those reminiscing about the warmth and familiarity of an authentic small town, Walterboro provides the perfect opportunity to step back through time. Treasure-hunters love scouring the village’s dozen antique shops finding everything from high-end antiques to fun vintage souvenirs or shopping the Colleton Farmers Market for farm-fresh produce and delicious homemade food products. Nature lovers can take advantage of South Carolina’s year-round balmy weather and enjoy the quiet solitude of the ACE Basin and Walterboro Wildlife Sanctuary (see below).

Southern charm makes Gaffney a desirable place to visit especially if your RV is a motorhome built on a Freightliner chassis. The Freightliner Custom Chassis Factory Service Center offers six service bays, 20 RV electric hookup, and factory-trained technicians. Be sure to visit the factory and see how the custom chassis is produced for the RV market. And the Peachoid, a 135-foot structures that functions as one million gallon water tank, is an iconic landmark that draws attention to one of the area’s major agricultural products.

Located near historic Beaufort, four-mile-long Hunting Island is home to dense vegetation and wildlife making it the most natural of the Lowcountry Islands. Climb to the top of Hunting Island lighthouse to survey the palm-studded coastline. Bike the park’s trails through maritime forest to the nature center, fish off the pier, and go bird watching for herons, egrets, skimmers, oystercatchers, and wood storks.

As the hub of South Carolina’s Upcountry region, Greenville has been finding its way onto many national Top Ten lists for its lively arts scene, modern downtown, and livability. Known for its exceptional beauty, the two most distinctive natural features of downtown Greenville are its lush, tree-lined Main Street and the stunning Reedy River Falls, located in the heart of Falls Park. Liberty Bridge serves as Greenville’s signature postcard setting, and downtown’s extensive collection of public artwork adds beauty and energy to its public spaces.

On January 17, 1781, the Americans won a decisive battle against the better-trained British Army. The Battle of Cowpens was over in less than an hour. This battle was the event which started British General Cornwallis on his march north to his eventual surrender at Yorktown just nine months later. It was one of those special moments in time when destiny is forever changed. The march to Yorktown had begun.

If you want to see the South Carolina coast the way the original settlers did, take a step back in time to Botany Bay Plantation Heritage Preserve located adjacent to the waters of the Atlantic Ocean in the northeast corner of Edisto Island. The 3,363-acre preserve includes almost three miles of undeveloped, breathtaking beachfront that you’ll never forget. Botany Bay is very accessible; you can tour most of the property in half a day or less. The 6.5-mile route begins along a magnificent avenue of oaks interspersed with loblolly pine and cabbage palmetto.

Frequented by photographers and nature lovers from around the world, Audubon’s 18,000-acre bird and wildlife sanctuary offers a beauty unsurpassed in the South Carolina Lowcountry. Frances Beidler is the world’s largest virgin cypress-tupelo swamp forest—a pristine ecosystem untouched for millennia. Enjoy thousand-year-old trees, a range of wildlife, and the quiet flow of blackwater, all from the safety of a 1.75-mile boardwalk.

There is a beautiful wildlife sanctuary located in the middle of Walterboro. Easily reached from I-95, the Walterboro Wildlife Sanctuary (formerly the Great Swamp Sanctuary), is a great place to leave the traffic behind, stretch your legs, and enjoy nature. Located within the ACE Basin, the East Coast’s largest estuarine preserve, the sanctuary contains a network of boardwalks, hiking, biking, and canoe trails that are perfect for viewing a diversity of a black water bottomland habitat. The 3.5-mile loop is paved and well maintained.