The colorful charm and lively style of Texas’ most storied city 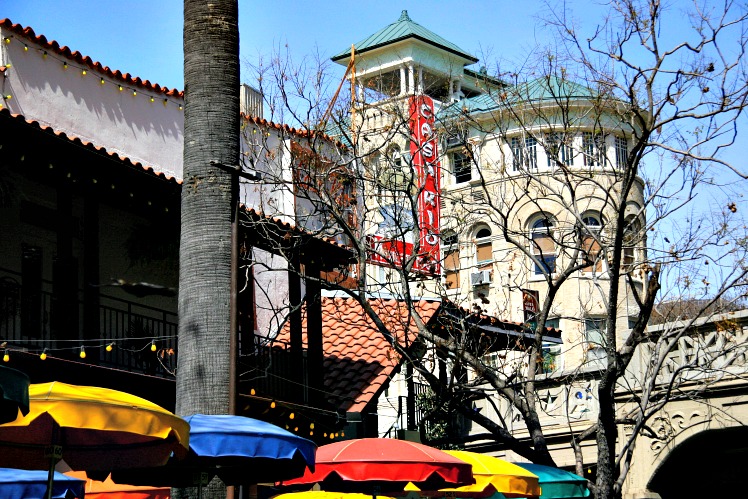 For over 300 years, the San Antonio River has nurtured this city with headwaters just north of town flowing through it all the way down to join the Guadalupe River just shy of the Gulf of Mexico. Long before Texans took hold of the land, Spaniards erected San Antonio’s five historic missions near the river. Before that, Native Americans relied on this waterway for sustenance and safety. When the Rough Riders barreled through town on their horses over a hundred years ago, they ducked into a dark bar that still stands steps away from the banks. The river was here before all of it and holds everything you need to know about San Antonio.

There are big cities out there with little character and even less history but San Antonio is not one of them. Don’t let the colorful umbrellas and shiny tourist bric-à-brac distract you. Just keep following the River Walk and pay attention.

The San Antonio River Walk (or Paseo del Rio) is a linear park that winds for thirteen miles from Brackenridge Park through downtown San Antonio and south to the farthest of the city’s five eighteenth-century Spanish missions. The central section of approximately 3½ miles is navigable by tourist barges that stop along riverside walkways near hotels, restaurants, and shops. Access to the remainder of the River Walk is along hiking and biking trails. The River Walk draws several million tourists a year, is ranked as one of the top travel destinations in Texas, and has inspired riverside developments throughout the world.

Blessed with a prime spot in the Texas Hill Country, San Antonio has more adjacent natural beauty than most urban landscapes. Outdoor wonders like popular swim spot Hamilton Pool Preserve are at your fingertips while one neighboring small town, Fredericksburg features the country’s largest wildflower farm (Wildseed Farms) and gorgeous wineries. The city itself, however, has much to offer beyond its famous puffy tacos and annual celebration, Fiesta San Antonio—though, neither of those should be missed.

The key is the River Walk which seems as if it has been organized specifically for the visitor’s enjoyment. On the northernmost end, enjoy spring at family-friendly sites such as the San Antonio Botanical Garden and the Japanese Tea Garden. Slightly south, you’ll find a livelier jam at the Pearl District with plenty of art installations and riverside amenities to keep you entertained on the trek there. Folks are drawn to this part of town by the varied restaurants and shops surrounding an open green space that sees plenty of guests. The Pearl’s Bottling Department, San Antonio’s first food hall has dining options that run the full gamut.

This multiuse district is located on the site of the old Pearl Brewery founded back in 1883. Hotel Emma built inside the old brewhouse is a five-star-service ode to the Pearl’s history and also to Emma Koehler who took over in 1914 after her husband died. She weathered Prohibition without having to lay off any workers—an impressive feat for anybody anytime but especially for a woman in the 1920s.

Historic Market Square and The Alamo are the heart of River Walk tourism and for good reason. Fiesta, the city’s annual springtime festival is typically centered here every April. The extravaganza lasts over a week and is—at its core—a celebration of the city’s culture. The historic Battle of Flowers Parade, the main event, was established back in 1891 by a group of women (now a formal association) to honor the heroes who fought for Texas independence at The Alamo. The parade will commemorate its upcoming 130th anniversary in 2021. San Antonio plans to have an abridged Fiesta celebration this year after canceling due to pandemic concerns in 2020.

Each year, floats covered in a rainbow of lush paper blooms make their procession in front of The Alamo amid colorful flying confetti from cracked cascarones (hand-decorated, hollowed-out eggshells filled with confetti).

No visitor can leave San Antonio without tasting the town dessert—and what a glorious task! For that, the river leads you to Mi Tierra Café y Panadería, an 80-year-old family bakery and Tex-Mex restaurant that’s known for offering over a dozen different kinds of pan dulce, a traditional Mexican sweet bread. Waitresses dressed in brightly colored garb serve up treats of all flavors and sizes, while the restaurant’s famous floor-to-ceiling American Dream mural depicts inspirational people from the local community and beyond.

Stroll just a few blocks away to the La Villita neighborhood where you’ll find charming bridges that cozy up to a historic arts village (the former barracks for Mission San Antonio de Valero, or The Alamo). Located on the southern bank of the River Walk, La Villita now occupies one artsy square block in the heart of downtown San Antonio. The Artisan village is listed on the National Register of Historic Places featuring architectural styles that range from adobe structures to early Victorian and Texas vernacular limestone buildings. Today, La Villita is a treasured Artisan and Entrepreneur district with over 25 shops and galleries that showcase local handmade goods and home to over 200 events a year.

Once all the mandatory tourist stops have been made, balance out your trip in Alamo City at the trendy Blue Star Arts Complex. Located in the eclectic Southtown neighborhood, this pioneering mixed-use development is the heart of the city’s vibrant arts scene. The anchor of the complex is Blue Star Contemporary, a nonprofit institute for some of the area’s emerging artists but smaller galleries and studios are sprinkled throughout.

Then pedal around the adjacent King William neighborhood and embark on the about-7-mile Mission Reach trail that connects four of San Antonio’s five Spanish colonial missions. The area serves as your starting point for this popular path.

The perfect way to end a day spent wandering down the river’s winding path is with an iced-down tequila soda—add splashes of orange and grapefruit to make it a proper sunset—and good times with your new Texas buds. You know the river will always show you the way home.