From ancient natural wonders to Native American and Southwestern culture, to scenic vistas and alien lore, New Mexico is one of the most wonderfully unique destinations in America 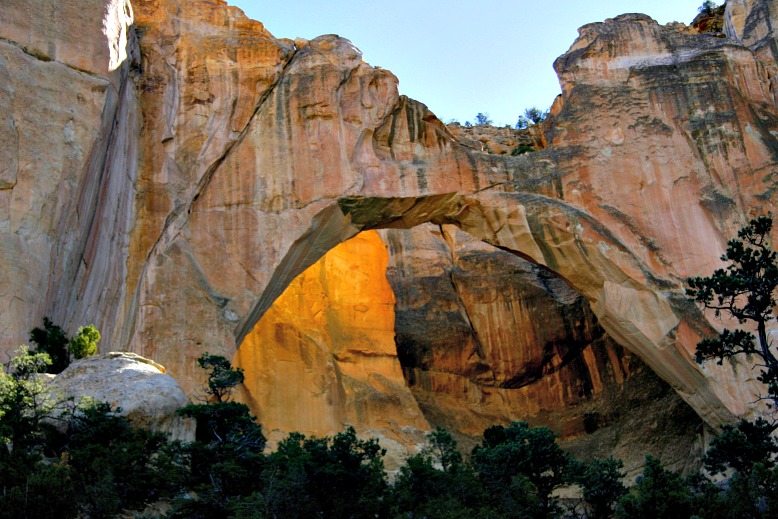 Road trips have the unique ability to make you feel like you’ve thoroughly explored a region on a Lewis and Clark-esque journey. In reality, even the most extensive road trips leave many stones unturned especially in states with seemingly limitless natural beauty. New Mexico would probably take months on the road to fully explore. That’s okay. You don’t have to see every inch of New Mexico on one tank of fuel but the state’s famous national monuments are a good place to start.

In fact, only California and Arizona have more national monuments and that’s not even counting New Mexico’s historic parks. Rather than visit all 11 national monuments we’ve listed our favorites among them which will give you a feel for what makes this state’s geography so unique and memorable. Whether it’s a volcanic field or a white-sand desert, New Mexico’s unusual landscapes are just waiting to be visited. Here’s how to plan the perfect New Mexico road trip through its epic national monuments.

From Albuquerque to rock carvings

Road trips might be about the journey rather than the destination but no one wants to wait too long before stopping at their first viewpoint or reaching the first stop on their itinerary. When you set out from Albuquerque you’ll only have to wait mere minutes before seeing your first national monument.

Technically located within the city limits of Albuquerque, Petroglyph National Monument stretches 17 miles along Albuquerque’s West Mesa. Petroglyphs are rock carvings where drawings are made by chiseling on the outer layer of the stone to expose the paler rock underneath. One of the largest petroglyph sites in North America, this area features designs and symbols carved onto volcanic rocks 400 to 700 years ago by Native Americans and Spanish settlers. The symbols give you a window into the life of a centuries-old civilization and serve as a record of cultural expression.

There are also four different hiking trails just a short drive from the information center ranging in length from one to four miles roundtrip. Three of these trails allow for petroglyph viewing. To see the area is less time and then continue on your journey, consider mountain biking. Bikes are permitted on the Boca Negra Canyon multi-use path.

Head to the headlands

About two hours west of Duke City, El Morro begs the traveler—ancient and modern—to rest awhile. This national monument is an area both of scenic beauty and historic significance. The bluff (el morro means “the headland” in Spanish) has a reliable source of water making it a great base for ancestral Puebloans and a good stopping point for both Spanish and American travelers. Along the path, only a half mile long and perfect for the casual visitor, are ancient petroglyphs as well as inscriptions from Spanish conquistadors as early as 1605 and, more recently, American travelers passing through in the 1850s.

From El Morro, your route continues back toward Albuquerque and it’s worth the detour to head to El Malpais National Monument. The rough lava landscape so scarred by its volcanic history that “malpaís” in fact means “badland.” Like El Morro, the landscape is quite barren though there is evidence of prior volcanic activity including several lava tubes you can explore.  Even though these badlands cover a large area you can see much of it by following the main park road. Numerous hikes and longer treks are available. Malpais is certainly worth a visit.

South to the white desert

Since you’re half way to the border of Arizona at this point, it’s time to turn around and head south. But we’re not stopping at Albuquerque. We’re passing your starting point by about four hours (250 miles) to White Sands National Park taking Interstate 25 south to Las Cruces and US-70 northeast.

At the end of 2019, White Sands was designated a national park—but it was a national monument for 86 years. It’s on the itinerary because you haven’t really seen the New Mexico desert until you’ve seen White Sands, a remarkable place that looks like the Sahara Desert collided with the Alabama Gulf Coast. That’s because its sand is made of gypsum, a mineral salt left by a long-lost lake tens of millions of years ago.

Located at the southern edge of a 275-square-mile dune field in the Tularosa Basin, the monument is best explored by the eight-mile Dunes Drive from the visitor center into the heart of the rippled gypsum knolls. In addition to driving the alien terrain you can also get out and cycle, take advantage of picnic areas, or even camp under the stars. Indeed, backcountry camping sites among the dunes are available on a first-come, first-served basis.

There are five hiking trails through the park ranging from the half-mile Playa Trail focusing on outdoor educational exhibits to the more strenuous Alkali Flat Trail, a five-mile round trip hike taking you to the edge of Lake Otero. Despite its name, the trail is not flat taking you over steep dunes and into the heart of the spectacular park.

From delicate dunes to craggy peaks

To cap off your New Mexico road trip, travel south to Organ Mountains Desert Peaks National Monument. A stark departure from the flat, arid landscape that has defined much of this road trip, this area is home to dramatic ranges with rocky spires and the park is full of open woodlands with towering ponderosa pines.

Before driving back to Albuquerque, consider spending an evening in Las Cruces to explore Historic Mesilla and savor the area’s Hatch Valley chile peppers in one of its tempting green chile burgers—or even in a sweet frozen custard.