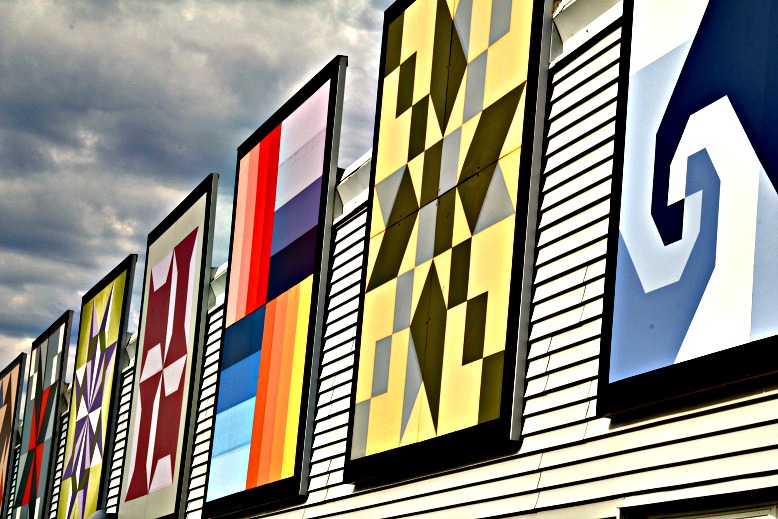 2020 was the year of the road trip. While 2021 will hopefully be different in many ways—a vaccine and turning the corner on the pandemic—traveling by RV isn’t going away. Local, short-haul trips that don’t require getting on an airplane are still popular. We’ve selected road trips that take you everywhere—from Nappanee, Indiana to a Texas Hill Country road trip, to a drive along South Dakota’s most famous highway. Sometimes it’s about the journey and the destination.

There’s truly gorgeous scenery striking out in all directions from Salt Lake City. This is Utah, after all. Visitors can breathe in the high-perched city’s crisp air and take in the mountain views—so perfect they look like stage backdrops—before motoring south.

Some of the most incredible roads anywhere make up the Peter Norbeck National Scenic Byway. Mix in America’s most patriotic monument along the way and you have a never-to-be-forgotten road trip. This 68-mile byway winds its way around spiraling “pig-tail” shaped bridges, through six rock tunnels, among towering granite pinnacles, and over pine-clad mountains. Roughly a figure-eight route, the byway travels through portions of Custer State Park, the Norbeck Wildlife Preserve, near Mount Rushmore National Memorial, and the Black Elk National Wilderness Area. Highways 16A, 244, 89, and 87 combine to create the route.

A good starting point is the town of Keystone near the foot of Mount Rushmore. Winding southwest on Highway 16A, also known as Iron Mountain Road, the route leads you around impressive wooden “pigtail” bridges. Continuing west into Custer State Park, Highway 16 intersects with Highway 87, also known as the Needles Highway. Here the road climbs around fantastic granite pinnacles. Twisting and turning between the Needles and through a tight tunnel/crack in the rock, this portion of the byway leads to picturesque Sylvan Lake.

It’s easy to motor between these two Texas Hill Country cities in just over an hour. And, from Austin’s hip vibe, music scene, and beloved BBQ joints to the restaurants and art that flank San Antonio’s Riverwalk there’s plenty to keep visitors occupied. But adding in Fredericksburg really completes the triangle.

The German-settled town of Fredericksburg, surrounded by wineries, combines proud heritage with modern twists on its past, from food to art. Visitors can also take a detour to hike up the huge granite boulders of Enchanted Rock State Natural Area (reservations required for weekends and holidays) before looping down to San Antonio where disused brewery Pearl is the place to hang out. The micro-district just off the Riverwalk has boutiques, a food hall, restaurants, and a hotel in buildings once dedicated to brewing beer. And don’t forget to remember The Alamo!

The longest of the state’s National Scenic Byways is Alabama’s Coastal Connection at 130 miles. True to its name, it connects multiple communities and cities bordering Mobile Bay and the Gulf of Mexico. It also connects travelers to nature and history at nearby preserves, parks, and historic sites. From Dauphin Island to Orange Beach, Alabama’s 60 miles of Gulf Coast includes plenty of white-sand beaches. For a socially distant experience, explore the 7,100-acre Bon Secour National Wildlife Refuge on the Fort Morgan Peninsula.

One of the few scenic byways that include a ferry ride, the route features a ride on the Mobile Bay Ferry connecting Dauphin Island to the Fort Morgan Peninsula. The 40-minute ride across the mouth of Mobile Bay spans two historic forts where the Battle of Mobile Bay took place during the Civil War. Here Union Adm. David G. Farragut bellowed his now immortal command, “Damn the torpedoes, full speed ahead!”

Jekyll Island, an easy, scenic drive along a coastline laced with beaches, marshes, and barrier islands, packs up the same charm and elegance and takes it to the seaside. One of Georgia’s Golden Isles, it’s accessible by car but feels cut off from the rest of the world. Windswept oaks and tangles of driftwood form a backdrop to soft-sand beaches while trails wind into the woods.

Few road trips are as awe-inspiring as a drive from Southern California to the Grand Canyon if you know how to do it right. From the otherworldliness of Joshua Tree National Park to the mountain biking, hiking, and golfing hub of Prescott to historic Route 66 in Williams and the vastness of the Grand Canyon; a road trip through the deserts, mesas, and forests of California and Arizona is hard to beat.

A haven for artists, rock climbers, and adventurers, Joshua Tree has long been a destination for those seeking enlightenment and adventure. Mile-high Prescott is home to more than 700 homes and businesses listed in the National Register of Historic Places as well as museums that tell their stories. Williams is located on the last stretch of Route 66 to be bypassed by Interstate 40. Historic highway memorabilia are featured in kitschy shops and cafes. Carved by the mighty Colorado, the multi-hued rock walls of the Grand Canyon reveal millions of years of geologic history. On your return to LA, stop and become overwhelmed by the vastness of Mojave National Preserve.

Many of the towns along the Amish Country Heritage Trail date back 150 years or more. Among these are Middlebury, tiny Shipshewana is known for an enormous flea market where 1,000 vendors peddle their wares twice a week from May through September and Goshen. There’s also lovely Nappanee, a bustling community of woodworking shops.

Due to the Amish lifestyle you can almost believe you’ve stepped back in time a century or more. No utility wires lace farmhouses to poles, women in old-fashioned bonnets and long skirts bend to their task of hoeing gardens, men in 19th-century attire trudge behind horse-drawn plows across wide fields, and the clip-clop of horses’ hooves on country lanes fills the air with staccato rhythms.

Thanks to the Interstate Highway System, it is now possible to travel from coast to coast without seeing anything.